PPH leading cause of maternal deaths 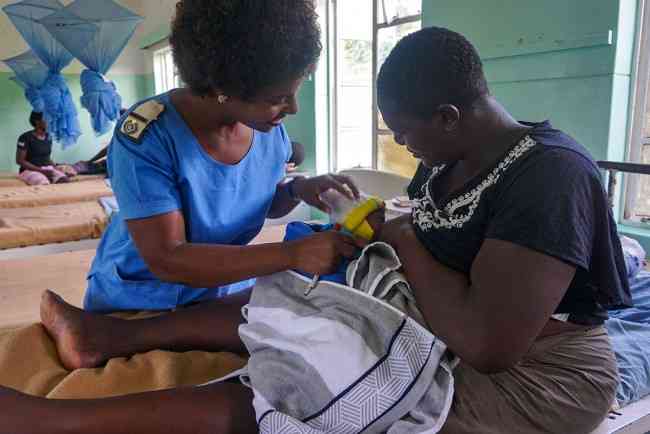 POSTPARTUM haemorrhage (PPH), excessive bleeding by a woman soon after giving birth, is said to be Zimbabwe’s leading cause of maternal deaths.

This was revealed in a recent report on Performance of Reproductive Maternal, Newborn, Child and Adolescent Health by Mavin Venge, acting deputy director for reproductive health in the Health and Child Care ministry.

“The major direct causes of maternal mortality in 2020 were PPH (28%), eclampsia (18%), puerperal sepsis (8%), antepartum haemorrhage APH (5%), malaria in pregnancy (4%) and ruptured uterus (4%).  Other conditions accounted for 11% of the deaths and these include intestinal obstruction, bacterial meningitis, gestational trophoblastic disease, and chronic diarrhoea, among others,” Venge said.

Eclampsia are seizures during pregnancy; while puerperal sepsis is an infection of the genital tract, which occurs from the rupture of amniotic sacs within 42 days of delivery; and APH is defined as bleeding from, or into the genital tract, occurring from 24+0 weeks of pregnancy and prior to giving birth.

Meanwhile, in its 2023 pre-budget report, the Zimbabwe Women Parliamentary Caucus bemoaned the high cost of contraceptive pills in the country saying women were at a disadvantage.

Addressing delegates at the Parliament of Zimbabwe pre-budget seminar in Harare at the weekend, Zimbabwe Women Parliamentary Caucus chairperson Goodlucky Kwaramba said unaffordability of contraceptives had resulted in unwanted pregnancies and early motherhood.

In 2019, Zimbabwe faced an acute shortage of contraceptives due to procurement challenges. The country has also been heavily dependent on donors for sexual and reproductive health services (SRHS).

“The budget availed annually was US$16 million for this cause. In May 2021, the United Kingdom announced cutting funding for global health disproportionately with SRHS. It is recommended that the 2023 budget addresses the gap by ensuring a provision for family planning pills to be given for free at all government hospitals and clinics in both rural and urban areas,” Kwaramba said.

Zimbabwe National Family Planning Council acting director (technical services), Farai Machinga said: “Government has shown some commitment in improving family planning programmes in the country with efforts to ensure that the domestic funding towards family planning has been increased. In our public health institutions, contraceptives are free, we can talk about rural district councils where nominal and affordable fees are charged.” Machinga said private sector pharmacies and health institutions have their own different prices.

“Failure to access contraceptives may lead to escalating cases of unwanted pregnancies and the failure to prevent HIV and other sexually transmitted diseases,” he said.