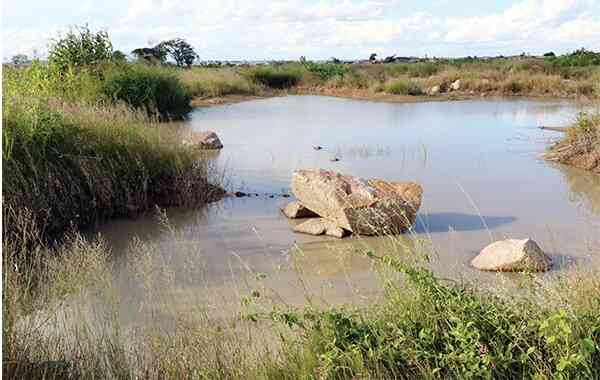 PUMULA South residents have called on Bulawayo City Council (BCC) to cover abandoned pits in the suburb which have become a death trap for children.

The appeal comes following the death of a 14-year-old boy who drowned on Saturday while swimming in one of the abandoned pits.

Bulawayo Police spokesperson Inspector Abednico Ncube confirmed the incident saying the boy was found without his clothes and had no injuries.

The boy was identified as Kudakwashe Kausiuo.

“Police in Bulawayo are investigating a case of sudden death by drowning where the deceased is a 14-year-old juvenile from Pumula South. On September 3 around 4pm, police received a report of a drowning incident at Emagodini near Ngwalongwalo primary school in Pumula South. It was discovered that the boy had taken off his clothes to go for a swim. The body was retrieved from a pool of water,’’ Ncube said.

The deceased’s body had no visible injuries and police have urged the public to educate children on the dangers of playing in either flowing or stagnant waters whose depth will be unknown.

Pumula South residents have called on BCC to close the abandoned pits which they say have become a death trap for their children.

Another resident urged the residents to unite and close the pits using any form of material that can be helpful for the job.

“Let’s unite as residents, whoever has a wheelbarrow or anything. Let's come together and close these abandoned pits even if it takes us a month” he said.