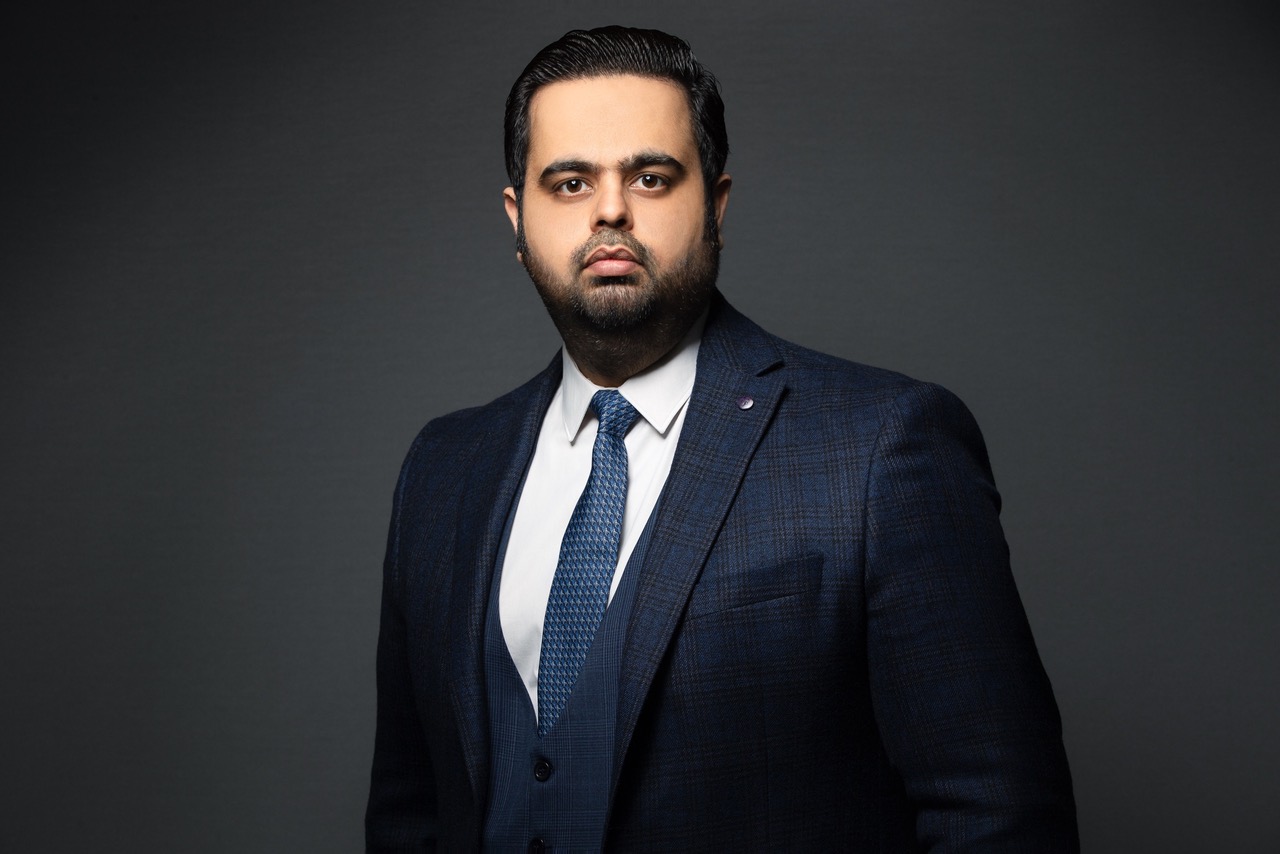 When fully completed, the AfCFTA would cover 54 countries (the largest of any regional trade bloc), creating a market encompassing 1.2 billion people with combined economic output in 2018 of $2.5 trillion.

By Correspondent Contrary to the widely held belief that Africa is dirt poor, the continent is endowed with natural resources like no other and is a large market for products. What is even more attractive is that in the recent past Africa has been attracting foreign direct investment (FDI) especially in the mining, construction and manufacturing sector.

However, intra-Africa trade has remained low compared to the other continents. Despite existence of economic blocs such as ECOWAS, EAC, COMESA and SADC, trade has been so low. 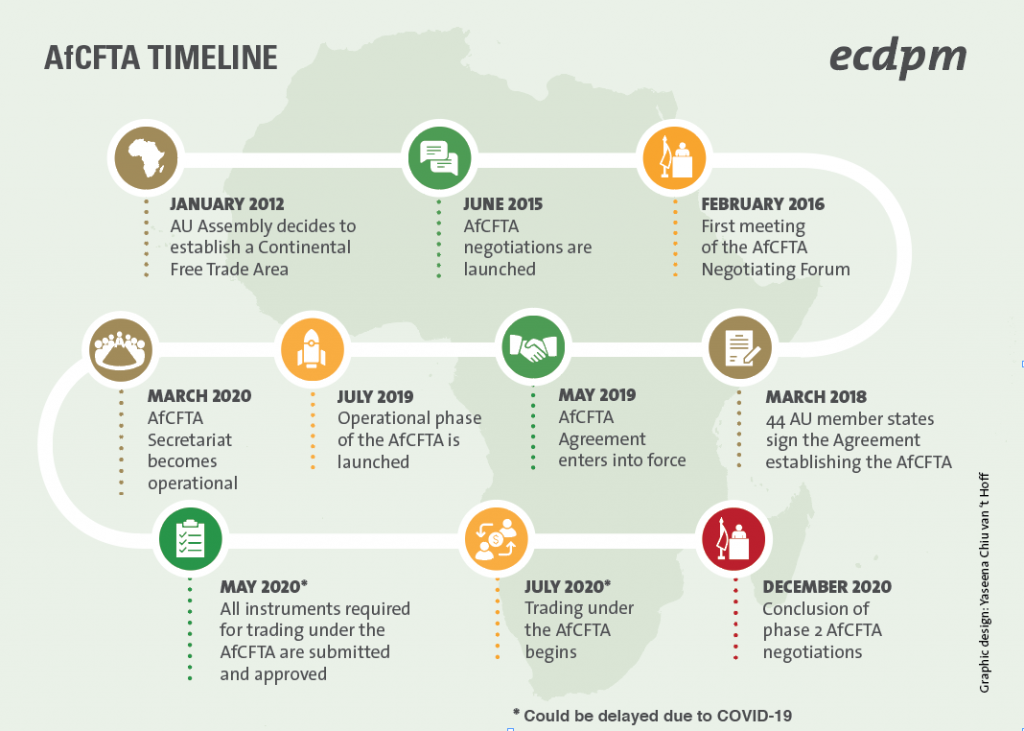 Long-term trends in Africa, however, suggest such trade is increasing. Intra-African trade rose from 7% to 16%.

To address the need to boost trade in the continent the framework agreement establishing the African Continental Free Trade Area (AfCFTA) entered into force. Trading under the agreement envisage removal non-tariff and tariff barriers that were rife and free movement on goods and services when trading negotiations on critical commitments, including tariff liberalization completed.

The region has the highest non-tariff trade costs globally, equivalent to tariffs of 250% on traded goods, according to a 2015 World Bank study. Some of these barriers are policy-related and could be addressed through further negotiations under the agreement.

When fully completed, the AfCFTA would cover 54 countries (the largest of any regional trade bloc), creating a market encompassing 1.2 billion people with combined economic output in 2018 of $2.5 trillion.

All but one (Eritrea), of the AU’s 55 members have signed the agreement, and 29 had ratified it as of January 2020. Many observers hailed the AfCFTA agreement’s entry into force as a milestone in African economic integration.

Its impact, however, will depend on future negotiations and on its successful implementation in a region in which some past trade integration efforts have fallen short of their ambitions.

What is in it for Maser? Maser, a leader in manufacture of electronic goods with interest in the African market sees positive growth as this will open new markets and create room for more trade in the continent.

According to Maser CEO Prateek Suri, bigger markets and more competition could also foster the development of new skills and productivity gains. Therefore, competition will be based on quality of the end product.

“African Continental Free Trade Area (AfCFTA) will open up new avenues while boosting our sales will allow room for flow of technologies to Africa. Our products being affordable and of high quality, we expect our value-added product to compete favourably with those from other countries.” 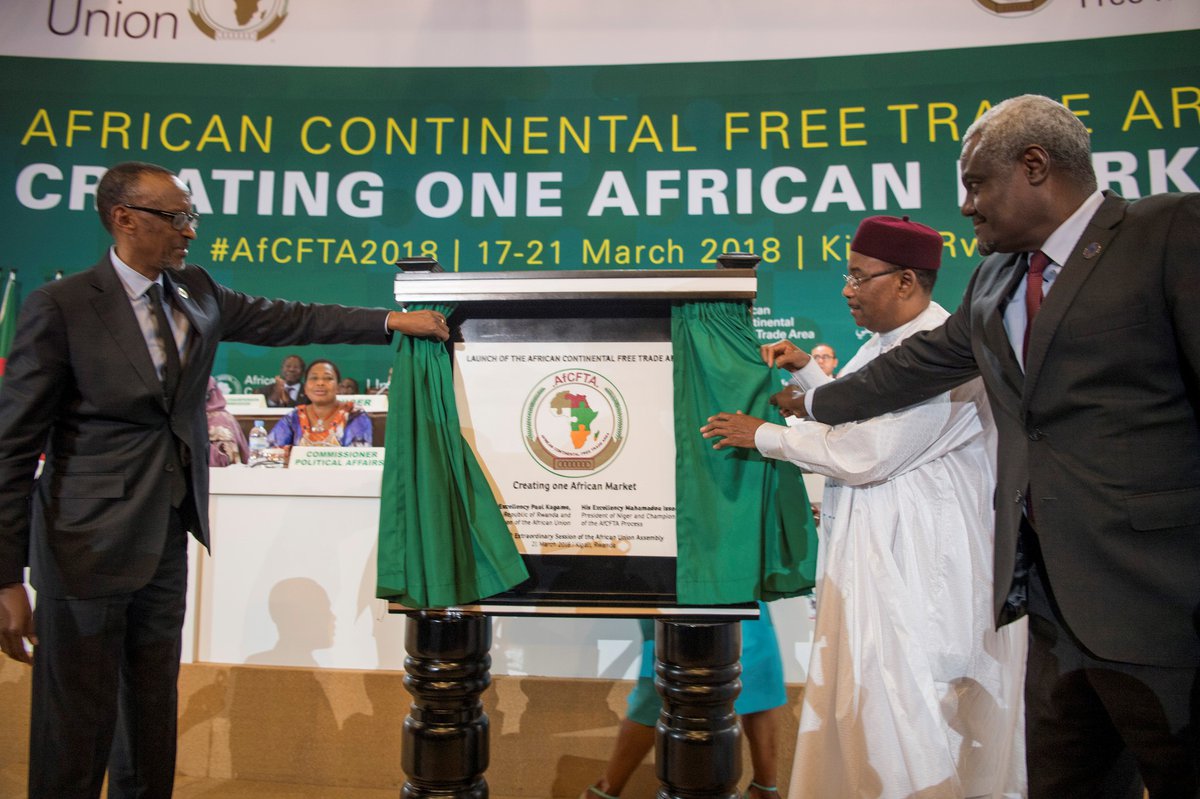 “We note that manufactured goods accounted for 40% intra-regional trade. The large market envisioned under the AfCFTA could spur increased value-added production and trade within Africa, achieve economies of scale, and attract greater foreign investment. Increased trade flows resulting from the removal of trade barriers and the facilitation of cross-border trade could enable countries to develop and specialize in specific production activities, potentially fostering intra-African supply chains. This could particularly benefit smaller countries with limited global reach,” says Suri. Economic pundit say that elimination of tariffs alone could increase intra-regional trade by up to 33% and add up to 1% to annual GDP growth across Africa, once fully implemented. At the same time, African countries face diverse challenges.

That 54 countries with divergent industrial capabilities and economic interests negotiated a framework for extensive trade reforms within three years highlights commitment across Africa to the idea of continental free trade.