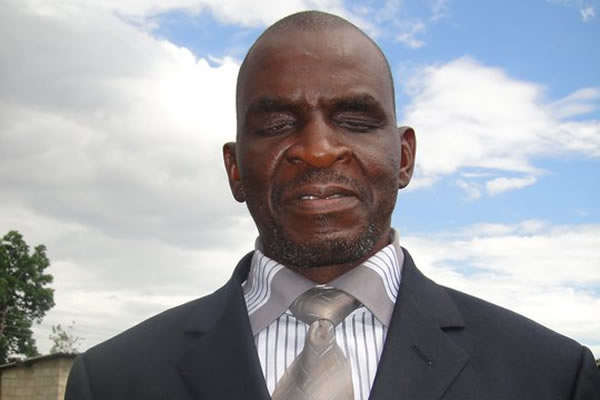 Bishop Ancelimo Magaya and at least 36 worshippers were arrested by the police, who claimed that their gathering was political.

BY Zimbabwe Peace Project The state continues to weaponise the law to target opposition and civil society individuals.

On June 6 anti-riot police besieged the offices of the Zimbabwe Divine Destiny (ZDD) and arrested bishops and church members who were gathered in prayer under the theme, “The Zimbabwe We Want Campaign.”

Bishop Ancelimo Magaya and at least 36 worshippers were arrested by the police, who claimed that their gathering was political.

They were arrested at the Dutch Reformed Church building in central Harare where they intended to launch ‘The Zimbabwe We Want’ campaign.

The irony of all this is the fact that in Manicaland President Emmerson Mnangagwa was addressing an even larger gathering of the Apostolic church where he declared that …”Zimbabwe is open for business and it is also open for religion.”

Following that, police, arrested Amalgamated Rural Teachers Union of Zimbabwe (ARTUZ) and Crisis in Zimbabwe Coalition spokesperson, Obert Masaraure on a “charge of murder” related to a death by suicide which happened in 2016 incident.

An inquest into the matter, had already ruled out foul play.

The labour rights activist endured a week in detention and as has become the norm, had his bail denied several times.

At the time of writing, opposition legislators Job Sikhala and Godfrey Sithole and 11 other activists are still in detention, having been denied bail after being charged with inciting violence in Nyatsime, where CCC activist Ali was murdered in a suspected politically motivated case.

Following the discovery of Ali’s mutilated body, the police has gone on to arrest the two legislators and 11 CCC activists, leaving out known Zanu PF activists who publicly incited Zanu PF supporters to bar CCC supporters.

The person suspected of murdering Ali, Pious Jamba has been arrested and has since appeared in court.

The surprising bit is that those responsible for malicious damage to property of CCC members have not been arrested revealing selective application of the law.

In June alone,  the Zimbabwe Peace Project (ZPP) recorded 16 cases of unlawful detention as the law enforcement and justice systems are increasingly being used as weapons to silence government critics and civil society actors.

In light of the continued use of the law to silence opposition actors, ZPP makes the following observations and recommendations.

l The police have a mandate to conduct themselves in a fair and lawful manner, and should enforce the law regardless of political affiliation.

In a fair society, we should be seeing the Zanu PF Councillor, Masimbi Masimbi who publicly incited Zanu PF supporters to bar CCC members from mourning Ali, and the Zanu PF activists who torched CCC activists’ houses, being arrested.

Not only does fairness promote transparency and confidence in the police force, it also helps end of impunity.

As it stands, it appears Zanu PF supporters can break the law and walk scot-free in the face of considerable evidence of breaking the law and violating the rights of others.

l While the CCC leadership has publicly denounced violence, which is a welcome move, we believe they should do more to ensure that their supporters are not drawn into retaliating.

This is because such a scenario can only breed more violence. The leadership should also desist from irresponsible utterances.

We analyse the trends of politically motivated human rights violations across the country.

This is part of the ZPP campaign to have citizens resist, reject and report violence ahead of the 2023 election.

The campaign, #RRRV2023 is specifically designed as an early warning system of political violence with the view that relevant agents can adopt preventive measures.

This is because ZPP has noted how community members are used to mete out violence against each and the moment they unite against violence, peaceful contestation is likely to prevail.

So, the #RRRV2023 campaign, separates politically motivated human rights violations from all the other forms of violations, and using a highly sophisticated data analysis tool, ZPP maps the severity of the violations to give an indication of the political volatility of each province.

The province took over from Mashonaland Central which had the highest of 17 political motivated human rights violations in May.

While tracking the number of incidences is important ZPP also takes time to analyse the environment which has become toxic and also volatile which is ripe ground for the perpetration of more human rights abuses and the organisations believes as the country inches towards 2023 many of the incidents are also going to be gross.

It is interesting to note that in all the provinces, there were pronounced incidents of political activity by Zanu PF and CCC, with supporters of CCC being the majority of the victims.

The prevalence of politically motivated violence in Harare is a result of the violence that occurred in Nyatsime and Chitungwiza following the brutal murder of CCC activist Ali while in Mashonaland Central, Manicaland and Mashonaland East, it is a result of the earlier mentioned systematic efforts by Zanu PF to shut down space for the opposition, well ahead of the official campaigning period for the 2023 elections.