Inside sport: Let’s play by the Fifa rules 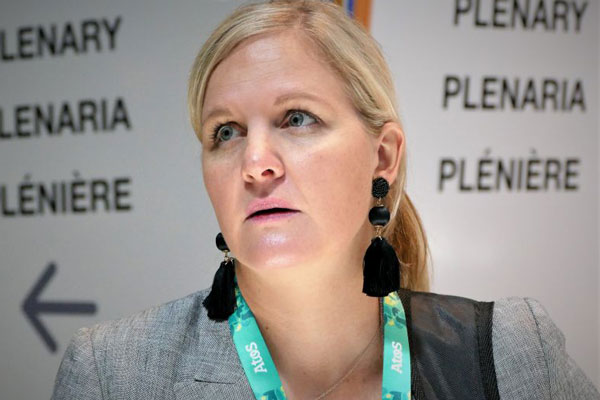 The minister of sport Kirsty Coventry acknowledges the importance of Fifa and Caf in this rebuilding process and Zimbabwe needs to do the right things by following Fifa statutes in this process.

ZIMBABWE has entered the second week of its ban from international football and now is the time to begin the rehabilitation process, which is expected to restore Zimbabwean football to the good old days

This healing process should not be confined only to the administration and on the playing field but also in upgrading our stadiums most if not all of which are not up to international standards.

In fact, Zimbabwe should not lose sight of the fact that one day, the country will be back in international football and the issue of stadiums will once again be topical.

It surely does not make any sense to talk of or to be in international football when the country does not have even a single stadium that is fit enough to host matches against foreign teams.

Some might feel sorry and angry that the Warriors have been banned from international football, but they were not going to play at home anyway because Caf had already banned the use of the National Sports Stadium.

While it is wrong to point fingers, Zimbabwean football had sunk so low to the extent that the Mighty Warriors lost to, of all teams, Botswana, while the Warriors themselves are now ranked 121st in the world and 31st in Africa.

The Warriors’ standing was probably due to the sacking of Joey Antipas only to be replaced by Zdravko Logarusic, who seemed to have no clue as to what exactly he was employed to do.

It should be noted that during the Dream Team days Zimbabwe went as far as ninth in Africa and 40th in the world while Peter Ndlovu was ranked the seventh top African footballer.

Fine, the Warriors did not qualify for Afcon but they had a far stronger reputation and respect than the Zimbabwean teams that went on to qualify for the African football gathering.

It should also be of concern that before the Fifa ban, less and less Zimbabwean players were attracting the interests of foreign clubs while some foreign based players themselves were refusing to turn out for the Warriors.

Surprisingly, those in leadership circles chose to sit down and look instead of finding out why the players were refusing to play for their country, which went on to be eliminated in the first round at Afcon 2021.

The good news, however, is that Castle Lager Premier Soccer League football will continue and football fans will still have something to cheer about on top of watching European football on television.

The minister of sport Kirsty Coventry acknowledges the importance of Fifa and Caf in this rebuilding process and Zimbabwe needs to do the right things by following Fifa statutes in this process. On that route, Fifa will realise that the country is serious about its football intentions and the ban might not be as long as some would like it to be and probably even less than two years.

As Zimbabwean football moves forward, the country needs to ask itself what exactly it wants to achieve during this period of international isolation and how the country can achieve those goals.

Surely, Zimbabwean football does not need promises but a clear road map of the recovery process and a timeline of how long this process should take.

The football family should also be reminded that this period is not about what Felton Kamambo and friends did, but about rebuilding Zimbabwean football to the standard that Zimbabweans want.

The starting point should be bringing together all football stakeholders to hear their views on what has gone wrong and what exactly needs to be done to restore Zimbabwe to its old football standing.

If the situation permits, current and former sponsors can also be consulted for their input on the future of Zimbabwean football and what made some of them withdraw their finances from the game.

The Sports and Recreation Commission can also do itself good by relooking at the committee they have already set up to restructure the game and add one or two former players, referees, or coaches, to the set up.

Fine, the committee which is headed by Blessing Rubaya already has football people in the form of Desmund Ali, Joyce Kapota, and Charles Sibanda, but the SRC still has the luxury of adding more without losing much.

Former footballers have always complained that they are being sidelined in important football matters and Sibanda alone in that committee does not help matters.

This committee is the first step, but the final result would be to come up with a leadership that is success driven and with football knowledge instead of the past where anyone could gatecrash into Zifa.

A wrong approach or mistakes in this rebuilding exercise will send Zimbabwe back to where it was before the Fifa ban and Zimbabweans do not want to go back there again.

The country needs a strong football leadership that is aware of the mistakes of the past and is willing to make Zimbabwe a football force that many would be proud of.

Those people are there in abundance but the system needs cleaning to allow them to step forward freely for elections and without worrying about having to pay Zifa Councillors for votes.