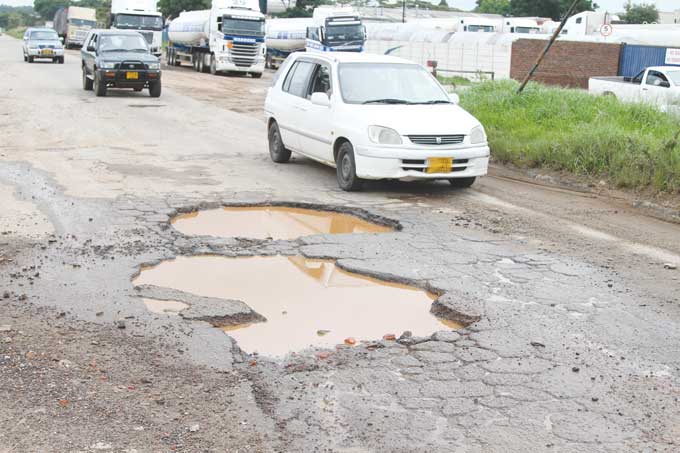 This fast became a thing of the past with various excuses for faults, power shortages that forced load shedding which saw some neighbourhoods going for 18 hours without electricity.

BY TAURAI MANGUDHLA POTHOLES, uncollected refuse, power cuts and disruptions in water supplies made prime-time news on the state broadcaster from the mid-90s.

Journalists would go into the communities to listen to citizens’ complaints around the deteriorating state of affairs in council or at the Zimbabwe Electricity Supply Authority (Zesa).

It used to be normal to call Zesa in the event of power cuts with a view to notify the power utility and cause a reaction within an hour.

Similarly, residents used to call council when refuse was not collected or when their taps went dry.

This fast became a thing of the past with various excuses for faults, power shortages that forced load shedding which saw some neighbourhoods going for 18 hours without electricity.

The public transport system has been collapsing with the Zupco buses that were once the pride of the country in the 80s and 90s now virtually non-existent.

The government has had to court private players to augment its fleet, but it has not been enough to solve the crisis.

On the part of councils, specifically in Harare for instance, some sections in suburbs like Greendale, Budiriro and Borrowdale  have gone for four years without running water.

These challenges have seen a spike in diseases such as cholera and typhoid as people resort to unsafe drinking water sources.

Grass is no longer being cut along highways and major roads while street lighting is a luxury  that has long been forgotten.

“Imagine the amount of potholes on Whitwell Road, which is a major road.

“You can’t even drive straight and this is dangerous, and our vehicles are being damaged,” Mangena said.

“I have a small poultry project and I have had to cut on the stocks because of power outages.

“Like everyone else, I can’t store a lot of meat now because we go for even 18 hours without power.”

Bianca Wadzai of Karoi said: “I grew up in this neighbourhood and I watched this high density residential area of Chiedza grow.

“The roads have huge potholes, which are like television sets and we hardly get water.

“When you do get the water, you can’t drink it.

“We don’t have Zupco buses here, so we rely on pirate taxis which are often dangerous.”

She said the Karoi general hospital was in a sorry state with no drugs.

In Gweru, power outages are a major challenge for residents while refuse collection is inconsistent.

“Here in Nehosho we go for weeks without refuse collection services and people normally burn their rubbish or just dump it on any open space anywhere,” said 26-year old Nyasha Mukono.

“Students struggle with their studies and cooking.”

In an interview with this publication on Friday, Zesa bemoaned the antiquated equipment which has become unreliable saying this caused crippling power outages.

Combined Harare Residents Association leader Ruben Akili said; “We have been regressing in terms of water supply, waste management, and our road network.

“If you look at it maybe in the past 10 years, the roads have been torn apart and not being rehabilitated.

“There was a time when health services were available for free with people being attended to at maternity wards. But as we speak right now people go to clinics for prescriptions as there is no medication.

“People are denied maternal health services and there was a time the local authority closed 36 clinics.

“We haven’t been progressing in terms of service provisions yet our population has grown over the past 30 years.”

Akili said Harare could not cope with the rising water demand due to sprouting new suburbs.

He said the city used to have 46 refuse collection trucks and now it has eight.

“This is just unacceptable. The trucks cannot cope, that is why you see the sprouting of illegal dumpsites across the city,” he added.

Akili said there was need for transparency and accountability to improve service delivery.

He said speedy implementation of devolution can also be a catalyst towards service provision.

However, Zesa said power cuts would soon be a thing of the past after the expansion and rehabilitation of the mega Hwange thermal power station.

“We are expanding Hwange unit seven and eight and we have work also being done on unit one and six.

“By the end of the first quarter next year we would have added 600MW to the grid and it will be more than enough given that we have a deficit of between 300MW and 400MW,” Zesa said in response to questions from this publication on Friday.

The power utility also said there were plenty of independent power producers expected to start their various projects and add onto the national grid.

Zesa has also invested heavily in new equipment like trucks and cranes to increase capacity to respond to faults.

A call centre has also been set up while technology to detect faults is also being us, Zimbabwe’s public health system is on its knees.

Major public hospitals are running without cancer diagnostic machines or basic drugs such as paracetamol and insulin.

Investigations by this publication also revealed that health workers are charging patients cash to get treatment.

Drugs and equipment are being stolen for sale on the black market as doctors and nurses, who have been demanding US$540 salaries, try to augment their meagre earnings.

Doctors and nurses, and the rest of the civil service are demanding about US$540 in monthly salaries.

Public schools on the other hand are also struggling to operate with students being asked to buy their own stationary and text books whereas students used to be given text books and stationary in the 90s.

Even the government’s Basic Education Assistance Module programme has been crippled and is failing to pay examination fees for students this year.

Some teachers are charging students about US$10 per month for extra lessons across the country, with those who do not pay neglected during normal school hours.

The Zimbabwe Republic Police is also failing to attend to reports timeously due to lack of transport.

Police manning roadblocks largely depend on motorists to be ferried to and from their homes.

At police stations complainants are now asked to provide transport for the police to attend to their cases in apparent testimony of the deteriorating standards in law enforcement.

Meanwhile, Harare City Council revealed that it was pumping just over a quarter of the city’s water demand as its dams can no longer meet demand.

“The city has experienced perennial water shortages for more than a decade owing to the population that has overgrown the water production facilities. The deteriorating water services infrastructure includes treatment facilities, pumping plants and the distribution infrastructure,” council said. 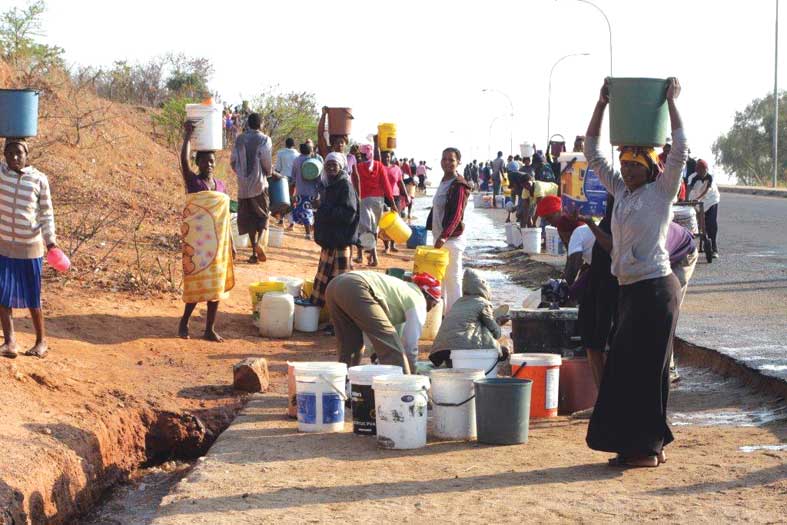 Harare’s water distribution network is old with some of the pipes having been laid as far back as 1930 for the old suburbs like Avondale and this has led to frequent water bursts and leakages.

Supply coverage, which means percentage of households receiving water at least twice a week is around 69% for Harare only whilst the city also supplies Chitungwiza, Epworth, Ruwa and Norton.

By council’s own admission, the water supply is depressed with South Western suburbs  receiving water five days a week.

The City of Harare generates an average of 740 tonnes of solid waste per day and our collection efficiency over the past months is currently around 35%.

This is largely due to high incidences of breakdowns which is a result of an aged fleet.