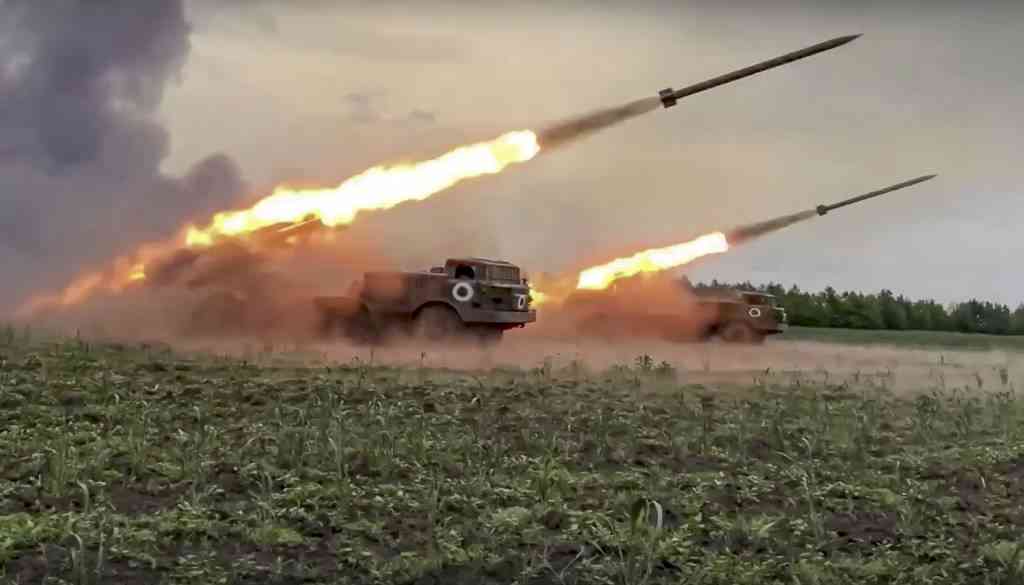 WHEN the two most senior military and intelligence officials in Washington make the same obvious error in public three times in three weeks, you have to wonder what they are really up to. Can it just be simple ignorance, or do they have a hidden agenda?

First up was General Mark Milley, the chairperson of the Joint Chiefs of Staff. He caused quite a stir on November 9 by saying that the slowdown in the fighting in Ukraine as winter arrives may create “a window ... of opportunity for negotiation”.

“There has to be a mutual recognition that a military victory is probably, in the true sense of the word, is maybe not achievable through military means,” he added, “and therefore you need to turn to other means.”

Milley’s stumbling remarks caused a considerable uproar, as they were widely seen as an attempt to push Ukraine into abandoning its stated goal of recovering all the territory conquered by Russia. Instead, Kyiv should settle for the best deal it can get while it still has the advantage militarily.

He was back at it a week later in a joint news conference alongside Defence Secretary Lloyd Austin. Once again, he pointed out that the approach of winter, when the pace of combat is expected to slow, could provide “a window” for a political solution — as pushing Russia out of Ukraine completely would be “a very difficult task”.

The Ukrainians were clearly unhappy about the pressure they felt was being applied to them, but they refrained from pointing out the large hole in Milley’s logic, presumably because they did not want to make matters worse. Better to ignore his remarks and hope they did not represent the official American position.

Then it was the turn of US director of National Intelligence Avril Haines, who told the annual Reagan National Defence Forum in California last Saturday that: “We are seeing a kind of a reduced tempo already of the conflict ... and we expect that’s likely to be what we see in the coming months.”

Both sides would try to “refit, resupply and reconstitute” for offensives next spring, Haines said. She did not drop the other shoe and say that Ukraine should therefore start negotiating for a compromise deal now, but the same amateur mistake was driving her argument.

Repeat after me: winter is the best time for war-fighting in Ukraine (and in Russia). It is not the 18th Century any more. Armies do not retire into winter camps at the first snowfall and stay there until spring.

The very worst time for fighting is the spring rasputitsa (mud season), when rain and melting snow make unpaved roads almost impassable to heavy vehicles and off-road movement impossible for about two months.

One of the reasons the initial Russian invasion stalled was that it coincided with the start of the rasputitsa. The Russian general staff knew about it, of course, but they figured they would just roar down the freeway in tanks, fly some Spetsnaz troops into a Kyiv-area airfield and knock off the Ukrainian government in a couple of days. No off-road travel.

Summer is a good time for fighting, because the ground is dry, the weather is warm and visibility is good. The autumn rasputitsa (October-November) slows things down a lot, but it is not as bad as the spring one.

And then comes winter. Yes, it is cold, but so what? The ground will be frozen hard within another week or 10 days, and the next three months will be ideal for rapid off-road movement, even across rivers. For classic high-speed armoured thrusts, in other words, and we are likely to see some of those, at least from the Ukrainian side.

So the question on the table right now is: are Milley and Haines just ignorant about the basic historical realities of ground war in eastern Europe (almost all the big Soviet offensives of the Second World War began in winter), or are they deliberately misrepresenting things? And if so, who are they trying to fool?

Not the Ukrainians, obviously. They know how their own climate really works. The Western public? That is plausible.

Twisting the Ukrainians’ arms to force them into an early compromise peace may suit official agendas in the White House and the Pentagon, where they worry about possible escalation to nuclear war.

However, some cover story about why the Ukrainians cannot win big victories in the near future anyway would be needed to sell that policy to Western voters.

But frankly, I do not believe this particular conspiracy theory. There is no doubt that the White House, and indeed Nato as a whole, are keeping the Ukrainians on a short leash. They are genuinely worried that Kyiv will win too big, and cause a real international crisis.

However, I have no difficulty whatever in believing that sheer ignorance is driving this whole weird sub-plot about a winter pause in the fighting.

Reflecting on the export ban for raw lithium
The government does not consider concentrates as raw or unprocessed lithium.
Opinion
By Victor Bhoroma
6h ago

Reform major cities for economic development
The economic ambitions of Zimbabwe to be a middle-income economy by 2030 cannot be achieved, unless urgent action is taken to reform the cities into investment institutions and centres.
Opinion
By Rodney Ndamba
6h ago

Budgeting for trouble
The ticketing process involved the conductor manually noting the pick-up points, destinations and sometimes registrable luggage for each passenger.
Opinion
By Kaynos Chipangura
6h ago

Staff turnover: What every employer needs to know
There has been debate about whether turnover affects the performance of the organisation or not.
Opinion
By Memory Nguwi
6h ago

By Kaynos Chipangura 6h ago
Budgeting for trouble

By Memory Nguwi 6h ago
Staff turnover: What every employer needs to know