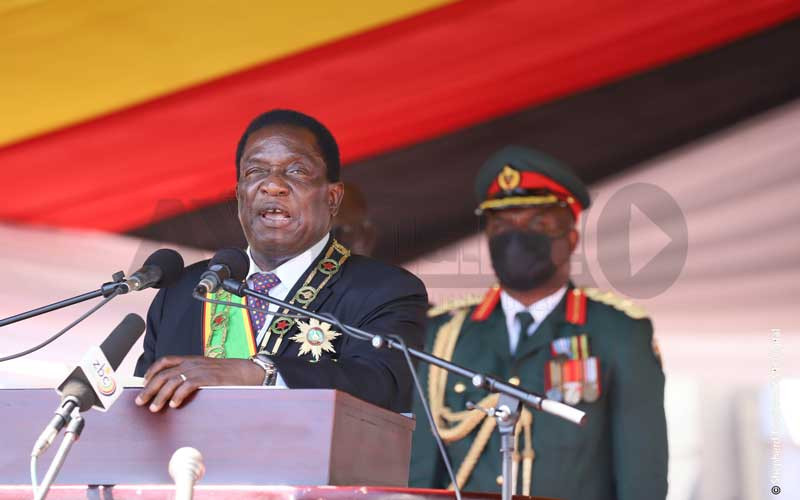 A MID the economic chaos that has been partly aggravated by the government's refusal to acknowledge that its disastrous policies have dragged the economy down the swamps, it is difficult to imagine that anything positive can come out of President Emmerson Mnangagwa's regime. And those who hold this pessimistic view are correct.

The Zimbabwe dollar has suffered from extensive battering during the first half of this year, surrendering 30% of its value. While inflation has decelerated to 268% this month, the devastation that it has inflicted on the economy has been tremendous.

Consumer purchasing  power has been hit, and tepid demand has become the worst threat to  multiple industries. Rolling blackouts have been barrelling through industry and commerce, tearing apart production capabilities in most formal companies.

But even on these blackouts, the government, broke and facing myriad challenges to tackle concurrently, has only made frivolous promises to fix the crisis and steer the economy away from the choppy waters. However, in the midst of this turmoil, it has been refreshing to hear, as we report in our main story in businessdigest, that there have been behind the scenes moves to address the hurdles that have kept independent power producers (IPPs) out of this market for many years. But this is where the good news ends.

IPPs present an opportunity for Zimbabwe to confront its power challenges and complement state power producer, Zesa Holdings. But even as the framework being pursued in Zimbabwe has not been conducive to investment, some investors have endured, while engaging the government. The IPPs have said Zimbabwe must come up with a sustainable IPPs document, but it appears the government was determined to continue on its destructive path.

It now looks like reason is returning, but fears remain that the government could once again score an own goal. Why Mnangagwa's government has decided to keep news of changes to the IPP framework under wraps boggles the mind. The temptation to say the government is impervious to implementing positive policies is high. But the truth is that the more the government delays in announcing its new IPP framework the more the situation deteriorates. This is why it is important for the government to immediately make the framework public to pave the way for private capital into power generation.

As our story discloses, investors are waiting for a positive signal before they move in to develop power stations. But to do this, they must have the confidence that their investments are protected.

They want investments that guarantee returns; a framework that gives them capacity to service foreign-currency-indexed loans that they get on the international markets. Until now, prospects for their aspirations were bleak. They were getting loans and importing power facilities in United States dollars. But they were forced to sell their electricity in the fragile Zimbabwe dollar. Their future was doomed even before they started any project. The new IPP framework promises change. But for it to work, it must not be relegated to the bottom of the pile.

Americans clinging to cash
The reality is that investing in the stock market is worrisome for many Americans right now.
Opinion
By Kerry Hannon
12h ago

A bad case of cultural lag
Babiš denied any involvement in that deceit, but his campaign tried to drum up fear of war between Nato and Russia and stressed that he was not aligned with the “reckless” West.
Opinion
By Gwynne Dyer
12h ago

World View: How to avoid a war with China
This is fostering a fatalistic belief that a war between China and America is inevitable not only in the US, but to a lesser extent also in China.
Opinion
By Gwynne Dyer
12h ago

Lexus ES 300h SE hits the mark
The new ES differentiates itself from its competitors with features like the three-dimensional "spindle" grille on the front, katana-slash headlights, and an arched roofline.
Opinion
By Andrew Muzamhindo
12h ago

By Kerry Hannon 12h ago
Americans clinging to cash

By Gwynne Dyer 12h ago
A bad case of cultural lag

By Gwynne Dyer 12h ago
World View: How to avoid a war with China