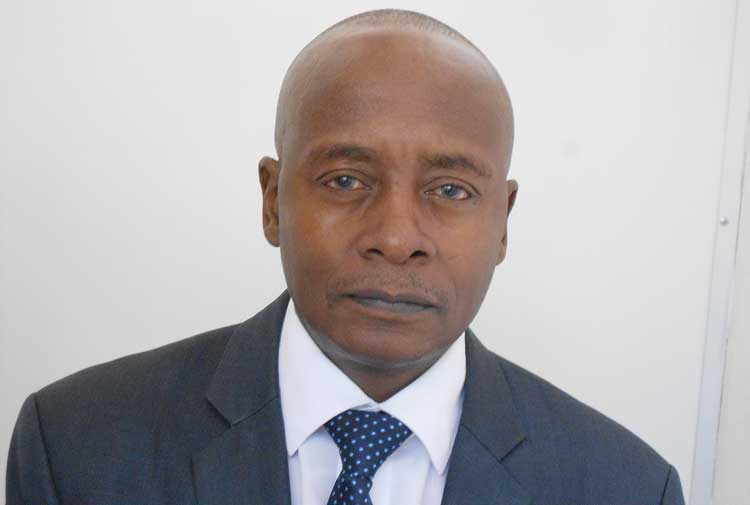 The interventions also included integration of climate change adaptation in the update of the district level disaster risk management plans.

By Cliff Chiduku THE world is experiencing an unprecedented climate change phenomenon that is likely to lead into crisis of human survival and general underdevelopment unless urgent steps are taken to curtail human behaviours impelling climate change.

While developing countries do not contribute much to climate change, they are the most vulnerable. Zimbabwe has not been spared.

NewDay (ND) senior reporter Cliff Chiduku last week sat down with director (climate change) in the Environment, Climate, Tourism and Hospitality Industry ministry, Washington Zhakata (WZ) to get insights on how Zimbabwe is responding. Below are the excerpts from the interview.

ND: Zimbabwe adopted a National Climate Policy in November 2017, a comprehensive document on climate change with many targets that the government has to achieve to protect the environment. How has the government fared in the last five years?

WZ: Government has done quite a lot in implementing the national climate policy. One of the main priorities of the policy is to mainstream climate change in all sectors of the economy.

Furthermore, the National Development Strategy 1 mainstreams climate change across its thematic areas and the 2022 national budget circular to all ministries, departments and agencies emphasised the need to mainstream climate change in budgeting processes and programming.

One of the principles underpinning the policy is around low carbon development and, in that regard, a low emissions developed strategy (2020-50) has been developed with sector-specific mitigation actions that will result in reduction in Zimbabwe’s current greenhouse gas emissions and drive the country in a low carbon trajectory.

On climate change adaptation, several adaptation projects have been implemented at community level in areas like Bulilima, Gokwe South, Lupane, Chiredzi and Buhera districts focusing on borehole drilling and solarisation, water conveyancing for irrigation, household use and livestock watering, nutrition gardens and post-harvest processing and other livelihood programmes.

The interventions also included integration of climate change adaptation in the update of the district level disaster risk management plans.

To enhance the implementation of the policy provisions, government has stepped up efforts to mobilise climate finance to implement the priority actions in the policy.

To date, US$37 million has been mobilised in collaboration with the United Nations Development Programme and World Food Programme for community level adaptation projects in the Save, Runde and Mzingwane catchments, as well as Rushinga and Masvingo districts.

Government, through Treasury, is co-financing these projects through cash and in-kind contributions.

ND: Do you think government has the political will to move quicker on implementation of the policy particularly in the face of fast changing weather patterns in the country that have resulted in recurrent droughts and higher temperatures?

WZ: Yes, the will is there, that is the reason why there is support from all the arms of government.

The Executive has been raising the country’s flag high at international events focusing on climate change emphasising and challenging other countries on the need to take urgent climate action.

Cabinet has shown its support by endorsing key documents such as the National Climate Policy, Low Emissions Development Strategy and the revised Nationally Determined Contributions.

The Legislature is in full support of formulation of climate change legislation, which will be gazetted in due course.

All provincial and district development committees were sensitised on the climate change agenda and now they are mainstreaming it in development planning at subnational levels.

The support from all arms of government demonstrates the will to move faster and transform towards a low emissions and climate resilient development pathway.

ND: This policy proposes the establishment of a national climate fund that is supported by a 10% budget allocation to finance climate-related strategies. How far has the government gone in implementing the fund?

WZ: The country is in the process of formulating a Climate Change Bill that will among other things: Establish a firm well-defined institutional structure; establish a national climate change funding mechanism, and, ensure climate change is mainstreamed in planning and budgetary processes at national and sub-national levels.

The Bill will also support climate change programming at national and sub-national levels.

With regards to the percentage contribution, that is the proposal, but will be further deliberated on given the various competing needs for resources from the fiscus.

WZ: The issues of taxes and duty exemptions involve several ministries to deliberate on with the guidance of the Finance ministry.

The current tax regime is in the best interest of the country to ensure affordable access to renewable energy products and also protect and facilitate local industries participation in the renewable energies space for a sustainable transition.

ND: Climate change is a “wicked problem” — it needs a collaborative approach to tackle it, especially in the delivery and transition to renewable energy: What roles can the private sector play in this?

WZ: The current approach to climate change response recognises the importance of multi-stakeholder participation including the private sector.

The private sector is important in the transition to carbon neutrality through the investments into low carbon technologies and offering support to other sectors.

ND: In 2020, the world witnessed the COVID-19 pandemic which changed the way things are done in many countries. What effect did the pandemic have on the implementation of the climate policy?

Firstly, there were lockdowns across the country and meetings/workshops were banned yet for this climate change agenda, we need to be interacting with the communities, explaining ways to build their resilience and reduce greenhouse gas emissions.

Implementation of community level projects was affected as movement of staff was limited.

For the first time, the Conference of Parties to the United Nations Framework Convention on Climate Change Conference was postponed in 2020 due to this pandemic, affecting climate planning at global level.

Efforts were made on virtual engagements. However, the connectivity challenges experienced encountered limited their effectiveness.

ND: I understand that corporates such as FBC Bank, Green Climate Fund (GCF), among others, have chipped in with financial resources to enhance the country’s climate resilience and mitigation efforts. How are the funds controlled and distributed to priority areas? Is there co-ordination between government-led programmes and private sector initiatives?

Corporates such as FBC and Infrastructure Development Bank of Zimbabwe (IDBZ) are working with government on mobilising climate finance as well as investing in climate change response actions.

In terms of the co-ordination, a stakeholder consultative process is followed whereby the government must endorse a proposal, it also ensures the project idea is aligned with national policies and priorities.

To date, the country has benefited from these mechanisms for different climate change adaptation and mitigation projects and programmes.

ND: At the Glasgow COP26 summit, a decision was made to phase down the use of coal. Do you thing Zimbabwe is able to attain this considering it current huge energy deficit?

WZ: The decision to scale down the use of coal is a true reflection of the geo-politics of the global response to climate change.

The decision was pushed through way after the official conference closure date when most developing countries had left due to prior confirmed travel schedules.

For Zimbabwe and many other developing countries relying on thermal energy and endowed with coal reserves, this will be difficult to attain because there is need to for huge investments in renewable energy alternatives which may need significant external financing within the context of the climate change convention and its Paris Agreement.

As we prepare for COP27, we need to be united in negotiating for a longer phase down of coal which must be conditional on finance and technical support for the transition to renewables.

Already, Zimbabwe in its revised nationally determined contribution committed to a conditional 40% greenhouse gas emissions reduction target by 2030 through alternatives to renewables, reducing area burnt and afforestation and reforestation, among other interventions.

As a country, this ambitious contribution will contribute to the global climate change mitigation agenda before we start considering our coal phasedown as we still need the contribution of thermal energy to our energy security.

What we need to prioritise as a country is to enhance the efficiency when we generate energy from coal.