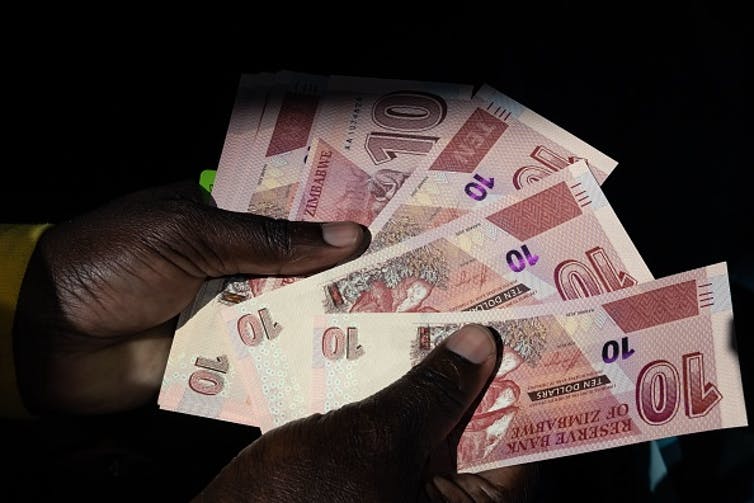 BY JONATHAN MUNEMO The central bank of Zimbabwe has raised its benchmark rate from 80% to a fresh record of 200%. This increase comes as Russia’s invasion of Ukraine is driving global commodity prices higher, exacerbating inflation in many countries around the world, including Zimbabwe. Zimbabwe’s Finance minister Mthuli Ncube’s thinking is that aggressive tightening of […]

BY JONATHAN MUNEMO The central bank of Zimbabwe has raised its benchmark rate from 80% to a fresh record of 200%.

This increase comes as Russia’s invasion of Ukraine is driving global commodity prices higher, exacerbating inflation in many countries around the world, including Zimbabwe.

Zimbabwe’s Finance minister Mthuli Ncube’s thinking is that aggressive tightening of monetary policy is necessary to counter these inflationary pressures.

In Zimbabwe too, there has been a rise in the prices of imported food, fuel, fertiliser and other essential commodities.

This is why, according to the minister, inflation accelerated to 192% in June.

There are two longstanding fundamental drivers of inflation in Zimbabwe.

The first is monetary expansion that is not supported by economic growth.

When there is more money in the economy than goods and services that can be purchased with it, its purchasing power falls and prices increase.

The second relates to what Zimbabweans now expect when it comes to inflation.

Expectations are usually anchored when prices of goods and services are stable over time and consistent with what people expect to pay for them.

In Zimbabwe this is no longer the case — expectations have been de-anchored.

This happens when prices significantly differ from what people expect.

If they are getting higher, this can have an inflationary effect by driving up wages and demand for goods and services.

An example of another country that was gripped by hyperinflation and a de-anchoring of expectations is Venezuela in 2017.

But there are risks to the Zimbabwe central bank’s decision to hike rates too aggressively.

Higher rates could reduce output, while prices continue to rise as in the 1970s. These conditions are referred to as stagflation.

This is concerning as growth in Zimbabwe and other African countries is already projected to decelerate in the next few years due to higher global inflation, tighter global financing conditions, debt distress, additional supply disruptions and increased risk of geoeconomic fragmentation for the world economy.

After independence in 1980, the central bank of Zimbabwe managed to keep prices from running out of control. During that decade inflation ranged between 10% and 20%.

The situation radically changed in the 1990s when the economy slumped after the government introduced a land reform programme.

This was meant to redistribute land from the white minority (which owned most of the country’s fertile agricultural land) to the majority black Zimbabweans who had been disenfranchised under the colonial period.

But the programme was poorly implemented and benefited mostly senior government officials and people closely connected to them.

The result was a sharp drop in agricultural output, which had been an important source of exports, foreign currency and employment.

At the same time tax revenues plummeted as the economy contracted, prompting the government to finance higher spending by printing money.

Because this monetary expansion was not accompanied by greater economic growth, inflation quickly accelerated.

In the 2000s, the inflation problem became so severe that Zimbabwe was gripped in a bout of hyperinflation which spurred a sharp weakening of the local currency and triggered a de-anchoring of inflation expectations.

Initially, the government attempted to rein in inflation by imposing price controls without much success. Instead, this move sparked widespread shortages of products and promoted an underground economy where price controls were not enforced.

The first episode of hyperinflation ended in 2009 when the government decided to replace the worthless Zimbabwe dollar with the US dollar.

This move quelled inflation until 2018, when a new local currency was introduced.

Additionally, it was feared that the government would again revert to printing money to finance a swelling budget deficit.

For these reasons, the new Zimbabwe dollar wasn’t popular and its purchasing power quickly eroded, setting in motion a steep increase in prices.

It has come down since then, but has nevertheless remained elevated.

New measures announced by the minister of finance include re-introduction of the US dollar, which will be used along with the Zimbabwe dollar.

This is the second time the government has taken this step.

The first was in 2009, when the Zimbabwe dollar was abandoned after its value had collapsed following the first bout of hyperinflation.

The cost of living crisis stoked by high inflation has already fuelled numerous strikes by government employees. Most recently, teachers and health workers went on strike to demand higher pay.

The prospect that growing labour unrest will radiate across other sectors looms large.

If this happens, the more hawkish response from the central bank raises the risk of stagflation — the combination of faltering demand and accelerating prices.

This raises the risk that the economy could descend into a recession.

The fundamental and longstanding drivers of inflationary pressures in Zimbabwe are lax monetary policy and de-anchored inflation expectations, not the war in Ukraine, which is currently receiving the most attention from policy makers.

The central bank should therefore focus more on tackling the underlying drivers of inflation.

To restrain monetary growth, it should start by scrapping the Zimbabwe dollar and legalise use of the US dollar as planned.

This would help as the US dollar provides a superior store of value and would force the government to wean itself off dependence on printing money.

Finally, sound and credible central bank communication plays a key role in anchoring views that Zimbabwean people have about inflation.

This is worth noting because Zimbabwe’s central bank has not maintained a strong record of keeping inflation low and stable for more than a decade. Trust in the institution is low. — The Conversation