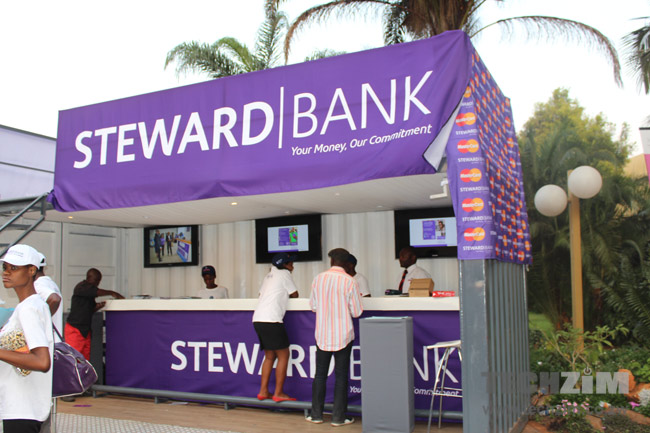 Steward Bank, Zimbabwe’s largest bank by depositors, yesterday said it recorded a $386 million net profit in historical terms in the full year to February 28, 2021, up from $57 million posted in the previous corresponding period.

BY OWN CORRESPONDENT Steward Bank, Zimbabwe’s largest bank by depositors, yesterday said it recorded a $386 million net profit in historical terms in the full year to February 28, 2021, up from $57 million posted in the previous corresponding period.

Courage Mashavave, the bank’s chief executive officer, said the jump in profit mainly emanated from net interest income, which grew by 520%, from $60.6 million to $376 million as a result of the banks increased lending activity and higher interest rates prevailing in the market.

In the 12 months to February 2021, the bank funded some clean energy projects and also carried out structured finance for corporate clients.

He said the decline in net operating income was largely tied to the increased cost structure linked to system and talent realignment at the bank, made to accommodate the financial institution’s core banking system upgrade.

Mashavave noted that this metric is expected to improve in the following year owing to the benefits accruing to the bank because of its digital transformation projects.

In inflation adjusted terms, the banking unit saw its net interest income dipping by 17% in comparison to the prior year while non-funded income followed a similar trajectory, softening by 26%.

“The digital bank revenue line increased from ZW$237 million noted in the year 2020 to $980 million, much attributed to the bank’s digital innovations that ranged from USSD banking, Visa Card integrations and point of sale ingenuities,” he said.

Steward Bank’s non-funded income also improved significantly by 367% in comparison to the prior year, on account of transformational innovations done around traditional banking that included automated foreign currency account opening.

As part of strategies to address customer pain points and emergent needs, the bank rolled out innovations such as self-service machines to allow customers to transact without human intervention in the period under review.

“The main thrust of these innovations was to protect the customer from the threat of the coronavirus that thrives on human contact. Further, the bank embarked on an aggressive campaign to drive customers from its branches and to start transacting on is digital platforms,” said  Mashavave.

Mashavave indicated that Steward Bank was now looking to add more of its branch related services on to its mobile platforms as it pursues its aspirations of becoming a fully-fledged digital bank.

“The need to become a digital bank has evolved from becoming an option but to (becoming) a necessity as this compliments the new norm of doing business which is largely anchored on digital transformation,” he said.

Mashavave added that the business will leverage artificial intelligence (AI) to pre-empt and address customer needs as well as address inefficiencies related to human error and interventions.

“The customer will be viewed from a 360-degree focus to better satisfy their underlying banking needs,” he said.