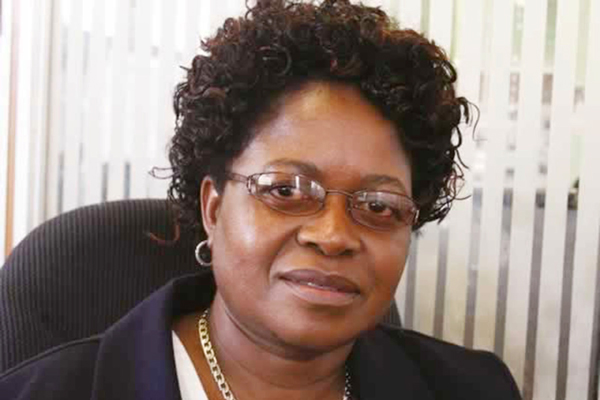 Chiri has made findings and produced several reports that have been tabled in Parliament, but most of the public entities do not seem to be taking her recommendations seriously.

BY MTHANDAZO NYONI Auditor-general Mildred Chiri says her office wants to develop skills in forensic auditing and other emerging areas like extractive industries to combat transparency and accountability deficiencies in those sectors.

Zimbabwe’s mining sector is dogged by transparency and accountability issues, resulting in the country losing billions of dollars per annum through illicit financial flows (IFFs).

“We have sufficient skills to fulfil our statutory mandate,” Chiri told The Standard in an interview.

“However, we need to build and develop further skills in forensic auditing and other emerging areas like extractive industries.”

Zimbabwe has lost in excess of US$32 179 billion through IFFs in the last two decades, posing a major challenge to development financing for the whole of the southern African region, a report shows.

A policy brief on IFFs in Africa by Africa Growth Initiative shows that 13,9% of total trade during that period was lost this way.

According to the report, southern Africa was prejudiced of a staggering US$1,3 trillion during the period as a result of IFFs.

The brief also notes that illicit financial outflows from Africa are concentrated in a few countries and a few sectors–in particular, the extractive and mining industries and fuel exporters being responsible for nearly half of the IFFs.

The Zimbabwe Environmental Law Association (Zela) says lack of transparency and accountability is a cancer that is affecting Zimbabwe’s mining sector.

“Zimbabwe has struggled to maximise the benefits from its mineral resources due to a weak and outdated legal framework that does not sufficiently promote transparency and accountability,” the organisation said.

Zimbabwe is a country that is endowed with a significant mineral resource base, which has resulted in it being called the “Persian Gulf of Minerals.”

The Zimbabwe Geological Survey of 1990 lists Zimbabwe as having no fewer than 66 base and industrial mineral deposits.

Of these 66,  40 are currently being exploited.

Reports say Zimbabwe has the second largest reserves of both platinum group minerals and chrome in the world after South Africa.

Zimbabwe is also estimated to have between 20 to 30% of potential world diamond production.

Zela said the primary objective of transparency and accountability in the mining sector is to ensure mineral resource exploitation benefits all people and not individuals who are politically and economically connected.

It said the way mineral resources are extracted and revenue managed and distributed determines whether or not they will be able to contribute to sustainable development.

“Through transparency and accountability, citizens protect resources from spoliation and rent seeking by both local and outside actors,” it said.

Chiri has made findings and produced several reports that have been tabled in Parliament, but most of the public entities do not seem to be taking her recommendations seriously.

Asked why that was the case, Chiri said her mandate was to audit all ministries, departments and agencies (MDAs).

“My office will continue to carry out its mandate whether or not my recommendations are implemented,” she said.

“It’s discouraging when some recommendations are not heeded,” she said.

“However, we now see some noticeable improvement in the implementation of recommendations and this is heartening.

“MDAs do not necessarily have to implement my recommendations as suggested in my reports, but they should address the audit findings in whatever manner or method they find expedient.”

“My recommendations are mere suggestions.

“For outstanding recommendations, what needs to be done is enforcement by superiors within the MDAs and outlining consequences for poor or inadequate performance.”

To enforce adherence to her recommendations, Chiri said performance contracts have been signed by management of all MDAs and this is a “measure of ensuring that work, which includes audit recommendations inter alia, will be addressed”.

She applauded Parliament for playing its part in ensuring adherence with her findings and recommendations.

“The Public Accounts Committee always seeks for oral evidence to get further elaborations on audit findings from MDAs. Parliament is doing its best in ensuring adherence to my audit findings,” Chiri said.