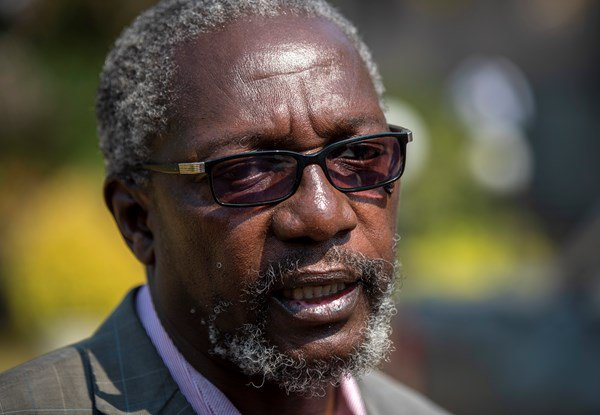 Leo Mugabe, a spokesperson for Zimbabwe’s founding leader’s family, yesterday told The Standard that they were now banking on Mnangagwa “to stop the madness”.

A Chinhoyi magistrate on Friday threw out an appeal by the Mugabes to overturn a ruling by Chief Zvimba ordering the exhumation.

Leo Mugabe, a spokesperson for Zimbabwe’s founding leader’s family, yesterday told The Standard that they were now banking on Mnangagwa “to stop the madness”.

“We appeal to President Emmerson Mnangagwa to intervene and stop this madness going around in courts by trying to exhume the late president’s body and rebury him at the national Heroes Acre,” he said.

“He must come out clear to show that he is not part of the machinations of trying to disregard the wishes of the family and the dead.”

Leo Mugabe said the reburial saga can only stop if Mnangagwa intervened.

Their lawyer, Fungai Chimwamurombe, told The Standard that the children had instructed him to appeal against Moyo’s ruling at the High Court.

“After studying the Chinhoyi magistrate court ruling that threw out our appeal against Chief Zvimba’s judgement, there are a lot of opportunities that our appeal will be successful and come Monday or Tuesday, the world will know of our way forward,” Chimwamurombe said.

After Friday’s court ruling, the Information ministry issued a statement distancing itself from the bid to exhume Mugabe’s remains.

“Government has noted the outcome of a court process in Chinhoyi in the matter between the Mugabe siblings versus Tynos Manongove,” the statement said.

“As neither government nor (Mnangagwa) was involved in the said matter, we will await further details on the judgement before making any further comment.”

Mugabe died of cancer in Singapore in September 2019, two years after he was toppled in a military coup.

Mugabe’s family blocked the government from burying the former Zanu PF leader at the Heroes Acre, saying they wanted to respect his death bed wish not be buried at the shrine.

The government had started building a mausoleum for Mugabe. Construction of the grave at the Heroes Acre never stopped, sparking speculation that the authorities had not given up on plans to bury Zimbabwe’s long-serving leader at the shrine.

Information deputy minister Kindness Paradza told The Standard that the mausoleum was no longer meant for Mugabe’s remains.

“The issue about the exhumation of the late former president is a private issue,” Paradza said.

“Government and President Emmerson Mnangagwa will respect that the issue is a family matter and allow the family to deal with the issue without its interference.

“The president agreed to meet the Zvimba chiefs as he could have done to anyone who was seeking an audience with him.

“Remember that the late president and the sitting president were close allies.

“Therefore, he could not have refused to give audience to the chiefs on the said issue.

“But the whole matter is entirely up to the clan to decide on what they want, without both the government and President Mnangagwa.

Tawanda Mapuranga, a legal expert, said there was a high likelihood that Chief Zvimba’s order will be overturned by superior courts.

“The chief’s judgement was incompetent, on the basis that chiefs do not have powers to order the exhumation of a human being for reburial,” Mapuranga said.

“There is a legislation that deals specifically with the issues of exhumation and reburial by the Home Affairs ministry.

“To me, the case filed by Mugabe’s children was more of an application for review than an appeal.

“In an application for a review, anyone, other than the parties involved in the case may file papers.”