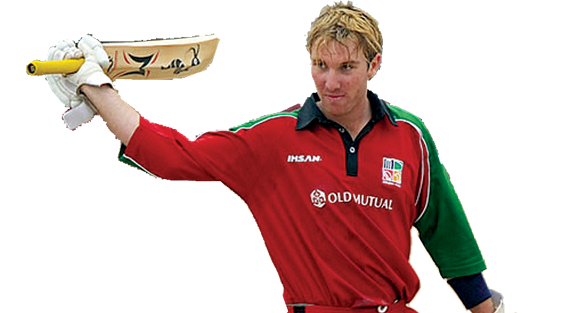 ZIMBABWE cricket wicketkeeper batsman Brendan Taylor has been rewarded for his brilliant form at the ongoing ICC Cricket World Cup underway in Australasia after he joined English county side Nottinghamshire on an unspecified deal, the club announced yesterday.

ZIMBABWE cricket wicketkeeper batsman Brendan Taylor has been rewarded for his brilliant form at the ongoing ICC Cricket World Cup underway in Australasia after he joined English county side Nottinghamshire on an unspecified deal, the club announced yesterday.

Nottinghamshire director of cricket Mick Newell confirmed Taylor’s imminent move to the English countryside together with that of West Indies allrounder Darren Sammy.

However, Newell said the length of his stay would be confirmed after Zimbabwe’s final World Cup game against India on Saturday.

“Ahead of the upcoming season, we have found ourselves with two batsmen injured and face the potential loss of players to international commitments,” Newell said in a statement on the county side’s official website yesterday.

“We have decided to strengthen our batting order with Brendan, a proven player who will be an excellent addition to the side.”

Taylor has been in brilliant form at the Cricket World Cup, despite Zimbabwe’s failure to qualify for the quarter-finals with a solitary win against the United Arab Emirates and defeats to South Africa, the West Indies, Pakistan and Ireland. A single match against the red hot Indians is left to play.

The 29-year-old, who took over the captaincy duties in Zimbabwe’s last encounter due to Elton Chigumbura’s injury, is currently the sixth highest run scorer at the global showpiece with 295 runs from five matches at an average of 59.

His brilliant knock of 121 runs in last innings against Ireland proved in vain as Zimbabwe went on to lose the fiercely contested encounter by just five runs.

The seasoned batsman is expected to play another crucial role for Zimbabwe as they aim to finish their World Cup campaign on a high by beating India in the final match in Auckland on Saturday.