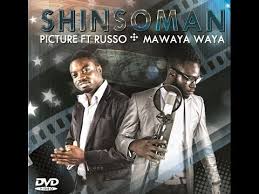 ROMEO Anthony, who is popularly known as Shinsoman, will stage first ever show in the border town of Plumtree today in a move aimed at increasing his fan base.

ROMEO Anthony, who is popularly known as Shinsoman, will stage first ever show in the border town of Plumtree today in a move aimed at increasing his fan base. SHARON SIBINDI OWN CORRESPONDENT

The hoarse-voiced Mawaya waya hitmaker is scheduled to perform at the popular Kombani Lodge today where he will share the stage with some of Bulawayo’s rising dancehall artistes Yoz, Senko and Khoi Khoi as well as Plumtree’s own budding dancehall star Bhadhilla.

Shinsoman would be backed by DJs Lady Carol, Becks 07 and Nosta as he tries to spread his brand of dancehall to the country’s smaller towns.

Show organiser Ashley Ndebele told Southern Eye Lifestyle the event would be more of a family show to ensure dancehall lovers enjoyed the first day of 2015.

He urged Plumtree dancehall fans to come in their numbers saying they would not be disappointed as the top dancehall act had promised to display an energetic performance.

“Fans should come without fail. This is a good start to the year for Plumtree as they will be blessed by the dancehall outfit. People should come in their numbers and enjoy good music from Shinso,” Ndebele said.

“This will be Shinsoman’s opening show for 2015 and people should expect fireworks. It’s going to be our first show in Plumtree, so our fans should expect one of the best performances they have ever seen in the border town,” Chiyangwa said.