Dynamos under pressure for win 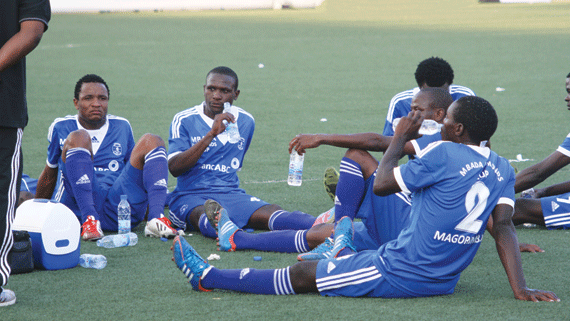 Dynamos will be under pressure to win when they face former Southern Region Division One League side Bantu Rovers in a league match at Barbourfields Stadium tomorrow.

Dynamos lost 0-1 to new boys ZPC Kariba last weekend in a league match and on Friday failed to defend the Independence Trophy losing 0-3 to FC Platinum in a penalty shoot-out at the National Sports Stadium.

The league champions could also be without three key players Tawanda Muparati, Ocean Mushure and Masimba Mambare through injury when they return to Bulawayo where they beat How Mine through a Brighton Dube own goal in their first league encounter.

Their strikers have not found the net in the 270 minutes of football action so far with full-back Thomas Magorimbo scoring their only goal in the Independence Trophy final in regulation time.

This could be a major cause for concern for coach Kalisto Pasuwa who could be under pressure from his paymasters to win.

Their opponents Bantu Rovers are well aware that the three-time league champions will be desperate for a win.

“They will be a little under pressure to win. Obviously they will try and up their game because they need the three points. We believe we have done well in our preparations,” Bantu Rovers assistant coach Mandla Mpofu said.

He said they need the three points after they lost the first match against Black Rhinos 0-1.

They convincingly beat How Mine 3-1 in their last PSL match and this gave the returnees a bit of confidence considering How Mine were coming from the Caf Confederation Cup.

“They collected three points against How Mine in their first match and would probably want to do the same with us. We know that it would be difficult for us to get three points in Harare so we have to collect the points here,” he said.

Mpofu said most of the pressure would be on the players as they would want to beat Dynamos.

He said the team was motivated that they are playing against one of the giants in the league.

Bantu Rovers have not beaten Dynamos both home and away since 2009.

Bantu Rovers were relegated in 2011 after a poor performance and are back this time after a merger with last season’s Southern Region Division One winners Plumtree Chiefs.