It’s game on as Zim take on India 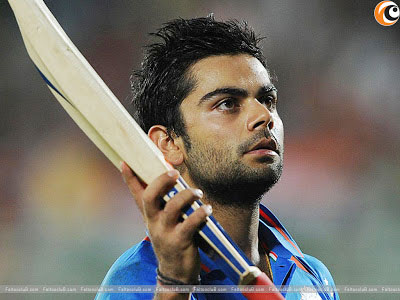 INDIA captain Virat Kohli has dismissed the notion that the upcoming series against Zimbabwe would be a one-sided affair.

INDIA captain Virat Kohli has dismissed the notion that the upcoming series against Zimbabwe would be a one-sided affair, saying he expects a tough outing against the hosts ahead of the opening match of the five-match one-day international series at Harare Sports Club this morning.

The stylish top order batsman, who is leading the Indian side in the absence of Mahendra Singh Dhoni, was part of the Indian side to lose two consecutive matches to Zimbabwe in 2010.

India come into the series with a depleted side missing top spinner R Ashwin, and frontline pacers Ishant Sharma, Bhuvneshwar Kumar and Umesh Yadav, but Kohli said they would not be taking any chances.

Addressing reporters during yesterday’s pre-match media conference, Kohli said Zimbabwe had some talented players in their ranks. His charges would have to work hard to win the series.

“Zimbabwe beat us the last time we came here, so we know we’re going to get some tough competition from them,” he said. “They have some really talented players in their squad, so we won’t take them lightly. It’s going to be a competitive series. We have to play well if we want to win and all the guys in the team know that,” he said.

While Kohli said his side would take a cautious approach, his opposite number Brendan Taylor said his charges were keen to put all the hard work they have done into practice and local cricket fans should brace for some entertaining cricket. “The fans should expect some entertaining cricket. We’ve had nine solid weeks of constructive training and it’s time to go out there and execute what we have been working on during those nine weeks.

“We are all excited, but we want to put forward a positive brand of cricket and there’s no better team to do it against than India. We’ve have some success in the past at home against India, so hopefully we can continue that way,” Taylor said. Zimbabwe will have continuity on their side as some of their senior players such as Taylor, Hamilton Masakadza, Vusi Sibanda, Prosper Utseya and Elton Chigumbura were all part of the team that shocked India two years ago.

India also have some survivors of their own from that series with Suresh Raina Dinesh Karthik, Rohit Sharma, Ravindra Jadeja and Vinay Kumar all featuring in that series.

Kohli, who will lead a strong batting line-up that includes Rohit Sharma and Shikhar Dhawan, said the input of Zimbabwean coaches Duncan Fletcher and Trevor Penny had been invaluable.

“He (Fletcher) has a lot of experience here, but we came here in 2010, so we have a fair idea of conditions, how the wicket behaves in the morning and later in the day.

“Guys who have played here before have shared that input, but Duncan has been a great help — not just for this series, but overall since he’s been coach.

“He had really difficult times initially and was criticised a lot, but he’s stuck with the team and stayed strong and we’ve seen the results now.