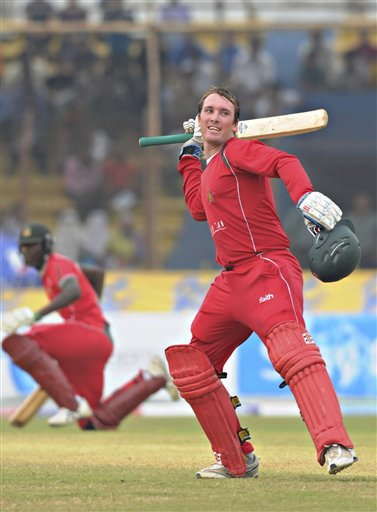 Zimbabwe lost to Australia in a five-match one-day international series ahead of the three-day match against Australia A at Harare Country Club.

IT was meant to be a morale-boosting workout before the five-match one-day international series against India, but Zimbabwe’s batting department was left soul-searching after a disappointing display in the three-day match against Australia A at Harare Country Club.

Zimbabwe was exposed against both seamers and spin with Australia A needing just one session of the third day on Saturday to wrap up an 80-run victory, after setting them a gettable target of 241 runs to win.

In two successive innings Zimbabwe’s batsmen failed to post a total in excess of 200 after being bundled out for 142 and 160 in both innings.

Hamilton Masakadza was the only batsman to record a half-century in the match with night watchman Kyle Jarvis’ fighting 34 in the second innings, the second best contribution.

While Zimbabwe’s batting department looked out of sorts, their seam bowling department provided the silver lining with a promising display, against a strong Australian line-up featuring four capped Test players.

The pace for the three, Kyle Jarvis, Tendai Chatara and Elton Chigumbura, showed very good form, claiming 17 of the 20 Australia A wickets to fall in both innings. In an interview with Southern Eye Sport yesterday, national team captain Brendan Taylor praised the bowlers for putting on a strong display, but admitted that the batsmen needed to step up if Zimbabwe are to do well against India.

“Obviously the result didn’t go the way we would have wanted, but the match against Australia was definitely a good workout ahead of the India series,” Taylor said.

“Unfortunately our batting was not as good and we didn’t manage to get the runs as we would have liked, but the match practice was important for us and can only take us forward going into India series,” Taylor added.

Tomorrow, the India squad will conduct a coaching clinic for first team players from 11 Harare schools, in a new ZC development initiative dubbed the “Future Zimbabwe Stars Programme”, which will see local and visiting national teams going out to help school cricketers with their game