Zim in danger of sleepwalking into a surveillance state 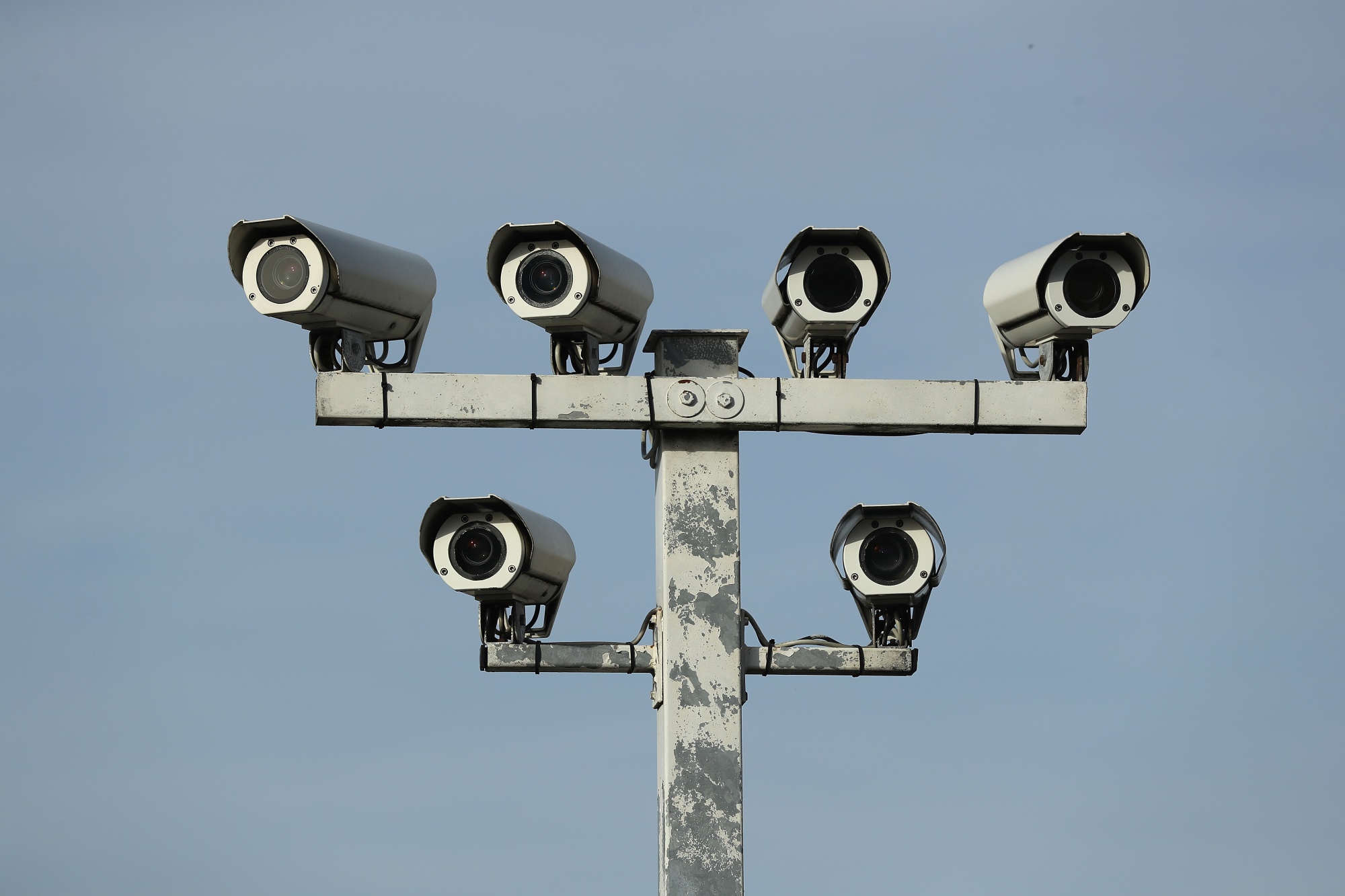 Rights activists fear Zimbabwe has taken a downward trajectory in terms of civil liberties and constitutional rights since President Emmerson Mnangagwa took over power from the late president Robert Mugabe following a military-assisted intervention in November 2017.

BY Dumisani Ndlela THE Freedom in the World Report 2022 categorised Zimbabwe as “not free”. This was a downgrade from last year’s report, which categorised the country as “partly free”.

Rights activists fear Zimbabwe has taken a downward trajectory in terms of civil liberties and constitutional rights since President Emmerson Mnangagwa took over power from the late president Robert Mugabe following a military-assisted intervention in November 2017.

Yet there has been little or no reaction by Zimbabweans to the increasingly gradual erosion of their rights. In fact, in the mind of many, as long as they are politically inactive, they remain safe and unaffected by any loss of rights or civil liberties.

For that reason, the emergence of a surveillance State in Zimbabwe is awakening no opposition. While there may be a tinge of self-censorship by ordinary folks due to the incarceration of several activists for being outspoken on social media platforms, the general feeling appears to be that the infringement of rights does not concern them as long as they are not journalists, human rights activists or politicians.

When a Chinese artificial intelligence firm, Cloudwalk Technologies, disclosed that Zimbabwe was harvesting data that would be handed over to it to develop its algorithms for facial recognition cameras tailored for the black population after it signed a strategic agreement with the government in 2018, there was no collective apprehension in the psyche of the Zimbabwean population.

In fact, it was left to a few human rights groups to raise concern about the infringement of privacy such an agreement posed to the public.

Since signing strategic agreements with Cloudwalk Technologies and HikVision in 2018 for cooperation on a mass facial recognition project, it has been harvesting data at the country’s airports, state facilities and border points using facial recognition cameras with deep learning capacity donated by these companies.

We have not demanded that our leaders account for this kind of adventure with our data and personal information.

Now, with partners from the deep-pocketed Arab investors, the government is now moving towards truly fulfilling its ambitions for a surveillance state. As he launched the multi-million dollar Cyber City in Mt Hampden, Mnangagwa, whose excitement was palpable, drifted away from his prepared speech and encouraged Vice-President Constantino Chiwenga, to capitalise on the deep-pocketed Arab investors funding the project.

“These people have lots of money,” he said about Shaji Ul Mulk, chairperson of Mulk International, and his undisclosed friends. “They don’t even know what to do with it,” the President said, reassuringly.

“He’s not alone. His colleagues have committed themselves to transform Harare —  the entire CBD. Three of Mulk’s colleagues have said while Mulk is building the Cyber City, they want to transform Harare, make it new. I don’t know how they will do it. The police will no longer hike or require vehicles to patrol the streets; they’ll watch everything happening on the streets from their desks while drinking tea,” he said, elatedly.

He said this project by “Mulk’s friends” would start in earnest next year.

There was a good reason for the President’s excitement: he has put in place an ambitious Smart Zimbabwe project expected to transform the country’s urban areas into smart cities that use information and communication technologies (ICT) to increase efficiency and drive economic growth.

But at the heart of this project is the creation of a massive surveillance state.

Apparently, Zimbabwe is following the Chinese model, which has completely transformed the Asian country through artificial intelligence (AI) systems that have also been used to create a massive surveillance state.

Currently, the government is in the process of constructing a National Data Centre, which will link with databases and information from the country’s key economic players and state institutions. This is part of the process to create smart cities equipped with surveillance technologies, according to details from the Smart Zimbabwe blueprint.

Government spokesperson Nick Mangwana has previously disclosed that the New Harare city in Mt Hampden will be the country’s first, real smart city project, although there have been flirtations with smart city concepts in Mutare and Harare.

In terms of the government plan, all data and information from government and sectors of the economy should be stored in databases that are networked and linked to the National Data Centre facilities.

Based on advice from Huawei Technologies, one of the companies helping with the building of the critical infrastructure for the smart cities project, government will digitalise the national registration system for birth and identity documents to ensure that citizens’ details, such as their names, gender, dates of birth, identification numbers and photos are linked with the National Data Centre.

But with support from the Chinese government, its banks and telecommunication companies, the government has been slowly ensuring the installation of critical infrastructure to support a surveillance state. This includes reliable electricity provision, good road network, equipping the government with ICT equipment and improving the telecommunications network.

While there has been a public outcry about increasing poverty caused by uncontrollable inflation, Mnangagwa’s government has remained focused on infrastructure development since assuming power.

In his State of the Nation Address when he officially opened the second session of the ninth Parliament, Mnangagwa disclosed that the government had spent over US$2,5 billion on infrastructure projects, which he said were key enablers to achievement of Vision 2030 targets.

Moreover, Zimbabwe is now connected to the undersea optic fibre cable networks through SEACOM and EASSy cables in the Indian Ocean and WACS cable in the Atlantic Ocean.

Consequently, there has been an increase in the adoption of mobile money transfer, mobile wireless broadband, use of plastic money and various social applications such as WhatsApp, Facebook, Twitter, YouTube and Skype.

But the increasing use of these platforms by the public to vent their anger against the ruling elites has agitated the government. Late last year, Minister of Information, Publicity and Broadcasting Services Monica Mutsvangwa, said they had put together a “cyber team” that constantly monitored what people send or receive on social media.

She said people used to have respect and operated with fear on social media during the deposed late president Robert Mugabe’s era “but all that is no longer there in the second republic”.

The military establishment has also in the past declared that it would snoop on civilian communication on social media, which “poses a dangerous threat to our national security”.

Of course this has successfully managed to inculcate fear in the citizens; most now register on social media platforms using false identities.

On a community WhatsApp group for residents in a Harare suburb, one resident remarked after two posts of leaked government letters that had gone viral on social media: “Gentleman, these government letters you’re posting in this group….I’m not part of this. You’ll have us slapped with treason. My kids are still young and I don’t want to end up in Chikurubi.” Chikurubi is Zimbabwe’s maximum security prison.

Of the two letters, one rebuked a beverages manufacturing company for charging its products in foreign currency when the company had just been given a waiver on duty payment for imports. Another was to a local authority chastising the mayor for failing to pay money due to a company controversially contracted to do a waste-to-energy project now commonly known as the Pomona scandal.

Although the two letters were already viral on social media and had received wide coverage in the mainstream press, the fear by the resident highlighted the self-censorship that is becoming widespread among Zimbabweans on social media platforms. Many fear the government is privately scouring private messages or communication to clampdown on alleged dissidents.

There has been an increased clampdown on free expression on social media platforms, seen by the government as facilitating mobilisation of public anger, dissent and agitation against government and general economic mismanagement of the economy.

Several journalists are currently on trial for the common charge of undermining the President on social media platforms. Police officers and prison officers have not been spared the wrath of the so-called New Dispensation, a descriptor the government of Mnangagwa gave itself on promises of ushering a new environment of peace, tolerance and nation-building.

One prison officer was charged with undermining the President after calling the main opposition leader his president. A police officer was arrested and hauled before the courts for undermining authority of or insulting Mnangagwa after he allegedly posted a message on a 46-member WhatsApp family group which said Mnangagwa and his team of Cabinet ministers “must go”.

Prosecutors said the police officer publicly and unlawfully intended to engender feelings of hostility to 46 members against Mnangagwa by posting such a message on a social media platform.

Thankfully, the UAE investors have been, for the government, a God-sent: Mulk International is building the US$500 million Cyber City in what is Mt Hampden, on the outskirts of the capital in the proposed new capital city where the Chinese recently completed construction of a multi-million dollar Parliamentary building, which they recently handed over to the government as a donation.

According to the project master-plan, Zim Cyber City will have 250 townhouses, over 80 luxury villas, several apartment blocks, hi-tech office facilities, high-end retail arcade, a 15-storey commercial tower and landscaped gardens. This will all be within a high-security gated community with health club, community centre and other facilities.

The project will facilitate special window clearance of blockchain and digital assets licences and bank accounts. It will include advanced, built-in surveillance technology that is directly connected to local law enforcement agencies for maximum security of the residents.

Ndlela is a journalist researching digital surveillance with support from the Media Policy & Democracy Project (MPDP), run by the University of Johannesburg, Department of Communication and Media.

A 2019 report by the African Development Bank (AfDB) pointed out that Zimbabwe needs over $34 billion in the next 10 years to upgrade its infrastructure to achieve sustainable levels of economic growth.

An ANC official and senior medical officer for Limpopo province spews Nazistic and hypernationalistic sentiments that go beyond the ideals of the medical profession against a stricken patient waiting to receive medical attention simply because the patient is Zimbabwean.

The increase in Reserve Money was primarily driven by growth in required reserves by ZW$351,88 million and an increase of currency issued by ZW$121,51 million.

This U-turn came as a surprise because he and his cohort in the opposition are credited with calling for their imposition.

By The Independent Aug. 26, 2022
Change of infrastructure financing model needed

By The Independent Aug. 26, 2022
Gold coins tighten RTGS supply in the interim

By The Independent Aug. 26, 2022
Balance competing truths on Western sanctions