Lukaku becomes the most expensive player ever 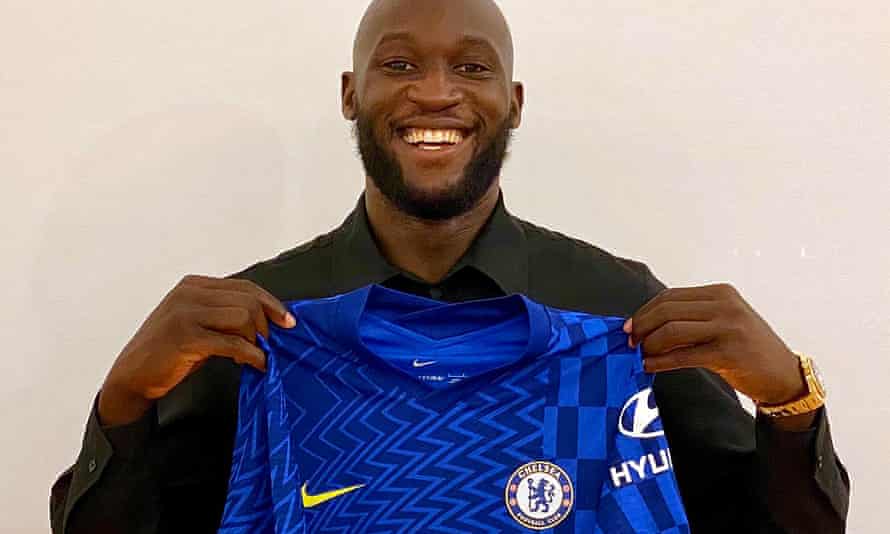 Lukaku was unveiled at Chelsea on Friday after finalising a five-year deal said to be worth between £325,000 and £450,000-per-week.

Romelu Lukaku arrived in London last week to complete a £98 million transfer to Chelsea from Inter Milan that will make him the most expensive player in football history.

Lukaku was unveiled at Chelsea on Friday after finalising a five-year deal said to be worth between £325,000 and £450,000-per-week.

The transfer will take Lukaku past Neymar the most expensive player in history in terms of combined career transfer fees, standing at a staggering £291m; £30m more than the Brazilian in second on £271.7m.

Lukaku made 15 appearances in two seasons in his first spell at Chelsea before being sold to Everton in 2014, after loan spells at Goodison Park and West Brom.

Since then he has developed into one of the most prolific scorers in Europe, netting 177 times in 324 games and taking his international tally to 64 goals in 98 appearances.

Although they ended the season as European champions, Chelsea were also the lowest scorers in the Premier League’s top seven and signing a new striker was a priority for Tuchel.

Chelsea explored trying to prise Erling Haaland away from Borussia Dortmund but moved for Lukaku once it became clear Haaland was out of reach.

Lukaku’s collective £291m in transfer fees began with his move from boyhood club Anderlecht to Chelsea for £17m as an 18-year-old, almost exactly 10 years to the day that he returns to SW6.

He then opted to move to Everton seven years for £28m after a productive loan spell the previous season at Goodison Park that saw him score 15 times in 31 Premier League games.

Lukaku subsequently joined up with Jose Mourinho in 2017 for £75m after being loaned out during the final season of his first Blues spell to Everton while the Portuguese was in charge.

However, the Belgian fell out of favour during his second campaign at Old Trafford in what was his worst scoring campaign for four years, prompting a move to Italy for £73m after he skipped Red Devils training and instead linked up with old side Anderlecht for pre-season in order to engineer a move away from United.

Neymar has moved just twice in his career, with his move to Barcelona in 2013 from Santos costing the Spanish giants £72m after a protracted legal dispute.

The Brazilian’s subsequent switch to Paris Saint-Germain four years for a jaw-dropping £198m made it the single biggest transfer all time and has still not been surpassed, smashing the previous record held by Paul Pogba when he moved from Juventus back to United in 2016 for £89m.

Cristiano Ronaldo is third in the all-time list of transfer fees and led the way before Neymar’s move to PSG, with the megastar moving from Sporting Lisbon to United for £12m in 2003, United to Real Madrid for a then-world record fee of £80m in 2009 and most recently from Real to Juventus for £100m in 2018, which took his total to £192m.

Eden Hazard takes fourth place, with the Frenchman one of the world’s hottest young talents when he swapped Lille for Chelsea in 2012 for £32m.

After seven years at the Bridge, he decided to take the plunge and join Real and despite his transfer fee amounting to £143m – a record paid to a British club – he has badly struggled in the Spanish capital, as a terrible run of injuries and questions over his form and fitness have blighted his time at the club.

Alvaro Morata surprisingly makes the final spot in our top five, making his move from Real Madrid to Juventus in 2014 for £14m before returning to the Bernabeu in 2016 for £23m.

A £71m move to Chelsea followed the year after — then a British-record fee — but the striker flattered to deceive before an 18-month loan spell at Atletico Madrid was converted into a permanent £58.6m deal last summer, with the 28-year-old currently on loan for a second season at Juventus.

Kylian Mbappe just misses the cut, with his move from Monaco to Paris Saint-Germain worth £163m in 2018 after France’s World Cup win.

The highest combined transfer fees of all time