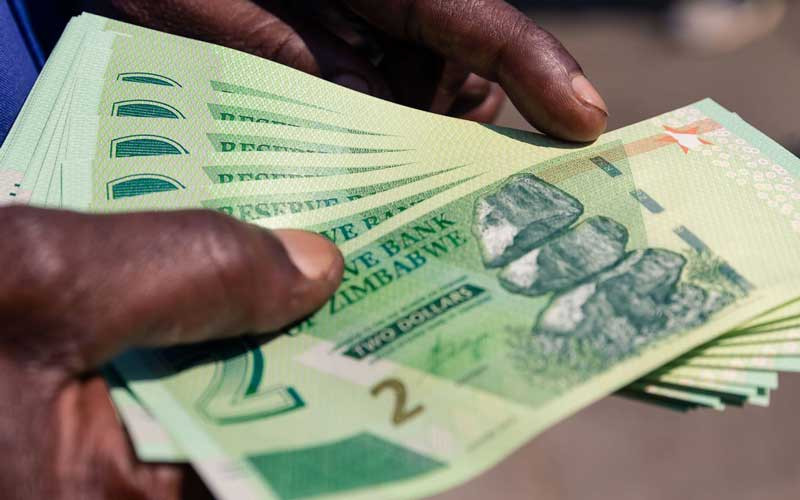 THE movement in the exchange rate over the last four weeks, particularly on the parallel market is an indication of a currency market under pressure. The parallel market which had stabilised for at least 10 weeks, has since loosened bulking under the pressure of overweight demand.

While this is happening, the auction market remains relatively stable weakening in each respective session albeit at fading margins.

Over the latest five weekly sessions, the auction has witnessed a mere cumulative loss of 1% for the Zimdollar against the greenback, this compares to July-September weekly average loss of 4%. A quicker Zimdollar depreciation on the auction market against a stable parallel market performance has resulted in the narrowing of the parallel market premium. This has, in turn brought some positives to the market notably price stability, improving confidence in the currency, reduced speculation and a more sustainable credit creation.

At the beginning of the year, the two rates were largely closer to each other, this coming from 2021, which was the best year for the auction market in terms of relative stability and volume of trades. These achievements were premised on the improved availability of liquidity, manipulation of forex supply by the Bank and a tighter control on Zimdollar liquidity.

In May, following the institution of sweeping fiscal and monetary policy intervention measures, both markets experienced a shock, which stretched all the way through to July. In July the parallel market climaxed before cooling off and eventually stabilising. On the auction, the Zimdollar continued to fall by wider margins.  This was largely because the market had been extensively liberalised to allow the interbank, which is controlled by banks and dictated by bank customers through an open market, became the reference market for the official auction rate. To achieve this trading on the interbank was adjusted to allow for higher values thus become more representative of the market. The biggest takeaway from these developments was price stability.

The fact that the economy achieved price stability at a time the auction rate was recording wider losses and the parallel market was stable, highlights an important takeaway.

Most pricing in the market, at the respective time was pegged against the parallel market and not the auction market. this is telling because while most of the forex liquidity would be dispensed through the auction, importers mitigated downside risk of replenishing stocks by benchmarking to the parallel market. However, some prices would be moderated for own direct forex sales, to achieve an lower than parallel market rate. This is informing because it also guides us of what to expect in the event that the market plunges to instability. As the rates now exhibit tendencies to tarry again as shown by the surging premium trajectory, the market is likely to respond in similar fashion as in past periods.

What is driving the parallel market to move in the adverse direction after months of stability. the reasons are highlighted above and these include increasing spending and production pressure against festivities. Lean period imports of food commodities against high global commodity prices triggered by the Russia- Ukraine war , are some of the major shocks putting pressure on currency stability. most of the factors though, are largely endogenous and these pertain to money supply which in turn is related to how government manages its fiscus.

A new batch of smaller denomination gold coins is set to be availed to the market and this has the consequence of mopping up additional excess liquidity. The net impact is, however, assessed through evaluation of government spending, credit creation and speculation in the market, together with other indicators such as BOP and GDP.