World View: War: We are not children 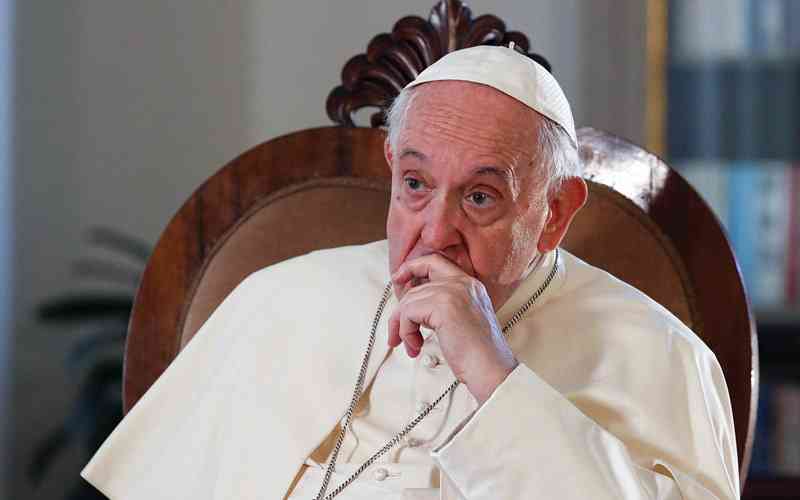 “We appear to be witnessing a dramatic and childlike scenario,” said Pope Francis in Bahrain last Friday. “In the garden of humanity, instead of cultivating our surroundings, we are playing instead with fire, missiles and bombs, weapons that bring sorrow and death, covering our common home with ashes and hatred.”

It’s Francis’s job to say things like that, and he does it with sincerity and grace. He condemned the “childlike” whims of “a few potentates” to make war and everybody thought that sounded fine, although nobody mentioned any names. (Hint: the name of the chief offending “potentate” of the moment starts with “P”.)

But here is the question: are you a child? Well, do you at least think like a child? Are you ignorant and powerless? Three times “no”?

Well, then, if you are a responsible adult, what did you do the last time your country went to war? (If you belong to the minority whose country hasn’t gone to war since you have been alive, you may skip this question — or just use your imagination.)

What they do have in full measure is a basic culture, older than our species itself, that sees war as natural and necessary (at least when our side does it). There are sometimes clear aggressors and defenders, of course, but the roles swap around regularly and the game never stops.

Jean-Jacques Rousseau wouldn’t agree with me, but he only knew the most recent 3 000 years of human history. We know about our distant pre-history and we also know about our primates relatives (especially the chimpanzees), and that has taught us something very important. Human beings didn’t invent war. They inherited it.

Then in the 1970s, primatologist Jane Goodall, studying chimpanzees in Tanzania, discovered that neighbouring chimp bands fought wars with each other. It was low-level war, conducted entirely by many-on-one ambushes, but later research revealed that the male death toll from war averaged 30% per generation and sometimes entire bands were wiped out.

The reason for this may lie in evolutionary biology. The world has always been pretty full up and when a given region’s food sources grow scarcer — a drought, flood, a change in animal migration routes — some of the local inhabitants are going to starve.

If you are a territorial animal that lives in groups, then it pays off in the long run to whittle away at the population of the neighbouring groups. When a crunch time arrives, your more numerous group will be able to drive away or kill off the neighbouring band and use its resources as well as your own.

Chimps did not think this strategy up or choose it. Neither did human beings. Many other group-living predators have the same strategy: lions, hyenas, wolves. Traits like aggressiveness will vary between individuals, but if aggression brings advantages evolution will work in favour of it.

So here we are, a very long time later, stuck with a deeply embedded traditional behaviour that no longer serves our purposes well. In fact, it might even wipe us out. What can we do about it?

There is no point in yearning for some universal Mahatma Gandhi who will change the human heart. He doesn’t exist and, anyway, it’s not hearts that need to change. It’s human institutions.

Actually, almost all the military and diplomatic professionals already know that. Even a lot of the politicians understand it and in the past century — say, since about the middle of the First World War — a great deal of effort has gone into taming war and building institutions that can replace it.

That was what the League of Nations was about. It’s what the United Nations is about and arms control measures, and international criminal courts to try people who start an aggressive war, starting with the Nuremberg trials in 1945. It’s a work in progress, but there has been a steep and steady decline in the scale and frequency of wars in the last 50 years.

The work is far from finished, and the return of great-power war — with nuclear weapons this time — is an ever-present risk. But nuclear war is not just a threat. It’s also a huge incentive to bring this ancient institution under control, and ultimately to abolish it.

And a little prayer along the way probably wouldn’t do any harm.