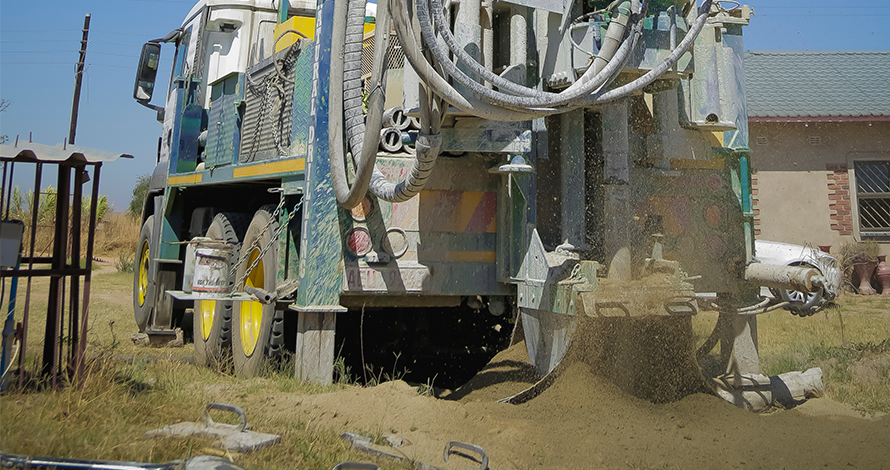 AS we drift towards the peak of summer, this is the best time for farmers to drill boreholes.

This is mainly because the water table is at its lowest, so if you manage to get water off the borehole now it will give you enough water all year round.

In addition, borehole drilling firms run various promotions during summer so there are high chances that you may get a bargain.

However, many people have harrowing tales about their borehole drilling experiences.

In fact, there are some people who have decided to take borehole drillers to court after they failed to fulfill contractual obligations — drill a borehole to get water.

There are some borehole drilling companies that have the audacity not to show up after being paid.

But those that have decided to show up have left so many holes which were drilled but did not yield any water.

This has caused so much suffering and discomfort.

The borehole drilling companies have claimed innocence in most cases, directing customers to their contract, which usually states that if they do not yield water clients still have to pay them.

Whilst there has been technological advancements in borehole drilling, the problem of dry holes has remained amongst many customers.

Despite getting topography and the rock formation diagrams from state of the art machinery, there has been little joy as far as borehole drilling is concerned.

Many people have had to turn back to traditional methods of using two copper wires to look for water underground.

Others use two long grasses to search for underground water as the trust in new machinery deteriorates.

It is advised that farmers should choose two different service providers for this daunting task.

There is a danger in asking the person who sited the borehole to drill it for you in that even if he is aware that there is no water he will still go ahead because they want the money.

Borehole siting costs between US$100 and US$150 while borehole drilling costs anything from US$900 to US$2 000 depending on distance from where the rig is coming from and also the depth.

These charges are paid before borehole drilling is done and are not refundable even if there is no water yield.

However, lately there are some people who choose to go for a dry hole pact which stipulates that the borehole drillers will do the work, if they get the water, they are paid US$5 000; if they do not yield any water then they are not paid anything.

With so much litigation going on in the circles, this seems to be the best option.

Of course, it sounds more like a bet but it seems like it is the panacea to the arguments and disagreement that have dogged the borehole drilling exercise.

In some cases at farms the yield is so low, like 1 500 litres per hour which is not enough to water crops.

With a dry hole policy pact, terms are clearly defined and the yield is ascertained before the work begins.

As it stands, this is the best way to go about borehole drilling.