How Uganda outsources violence to stay in power 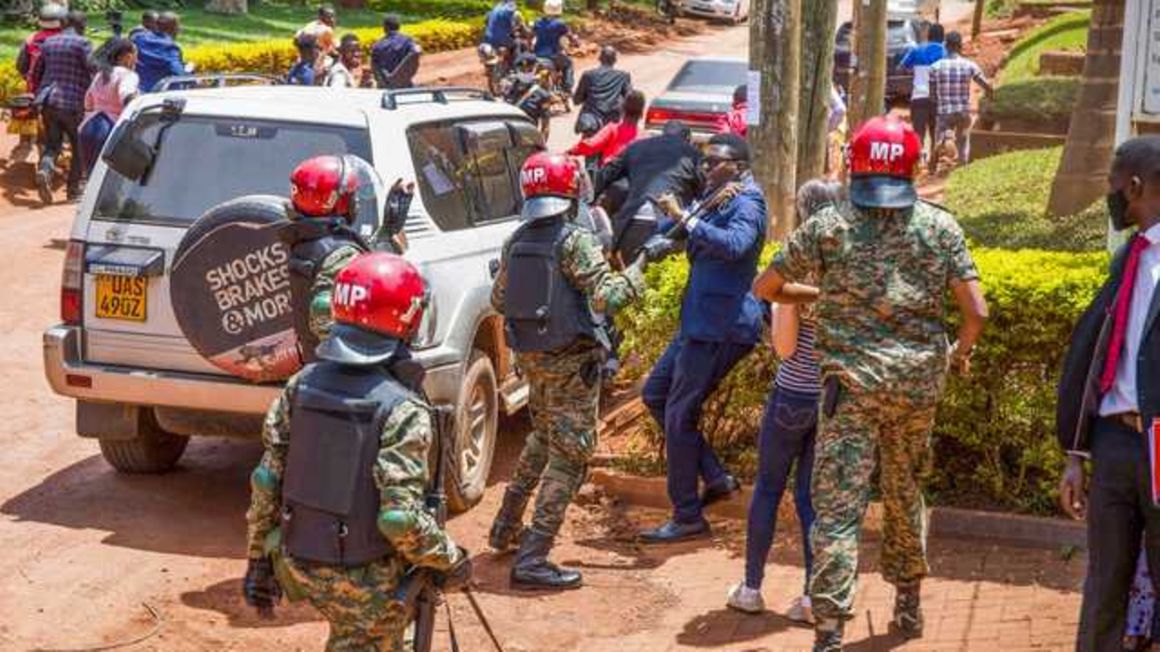 Rebecca Tapscott HOW do authoritarian rulers survive in the context of democratic institutions? This is a long-standing puzzle that has become more pressing with the rise of authoritarianism in the 21st century.

In theory, democratic institutions should allow citizens to vote out elected officials, who don’t pursue the public interest, or hold them accountable via other measures, like an independent Judiciary.

President Yoweri Museveni has held power since 1986 under the ruling party, the National Resistance Movement. The State is seen as increasingly repressive.

However, it holds regular elections and meets some other basic criteria of a democracy. This includes a nominally independent judiciary, inclusive suffrage and a fairly free press.

In studying Uganda, I identified a type of governance that uses unpredictability to combine democratic institutions with authoritarian power. I call this ‘institutionalised arbitrariness’.

Uganda is unique in many ways. Nevertheless, my research offers some insights for contemporary practices of authoritarianism worldwide. It also offers insights into the working of post-liberation African States like Ethiopia, Rwanda and Zimbabwe.

The research I carried out fieldwork in Uganda, studying local violent actors. I held more than 300 interviews with local security actors. These included vigilantes and community police, community members and government representatives.

I attended public events like community meetings, and collected village-level bylaws and other documentation that helped triangulate what people told me.

I studied the interactions between State authorities and informal security actors to understand who can use violence and how, and the implications for State authority. For instance, I looked at how vigilante groups were formed in different communities and what they did. This included how they enforced local order and when they were seen to overstep their mandate.

I also studied Uganda’s Crime Preventer programme. My aim was to understand who joined it, what activities crime preventers were asked to do, and how the programme joined national-level politics to the grass roots.

Key findings Uganda has limited capacity to fully monopolise violence in its territory or provide basic services to its citizens. It relies on repression, but its limited capacity means that it cannot silence dissent systematically and reliably.

My research analysed the interactions between State authorities and informal violent actors. What I found was surprising.

First, State actors encouraged the formation of these groups and gave them the job of using violence to police their communities. This was an active outsourcing of violence to non-State actors.

I also found that local violent actors tried to consolidate their authority — as might be expected. They imposed bylaws and extracted resources in the form of fees and taxes. They also provided varying degrees of security and justice.

But the groups didn’t consolidate. Instead, they remained fluid and poorly defined. This was in part because their membership often got into trouble with State authorities for using excessive violence, or intervening in matters that were later determined beyond their remit. As a result, they were unable to succeed to a level that would meaningfully threaten State control.

The failure of violent local actors to consolidate was not for lack of trying. Across my cases, vigilantes and other local security actors tried to formalise control over a specific jurisdiction, usually their village.

They also emulated established authorities. For example, they printed ID cards and adopted titles like president, secretary, and even in one case, a “whip master” who was tasked with caning wrongdoers.

Their efforts to consolidate power were largely unsuccessful because State actors continually changed their remit.

At times they burdened local actors with tasks they were not equipped to handle. Other times, they reclaimed control without warning.

This enabled the state to out source much of the day-to-day responsibilities associated with providing security and justice, while remaining authoritative.

So how does this link back to the paradox of electoral authoritarianism?

The link to democracy My research shows that the presence of multiple kinds of authorities, each with poorly defined mandates, creates endemic unpredictability. This means that in everyday life, citizens do not know which actor can decisively solve a complaint.

For instance, if seeking accountability for a violent crime, citizens might go to the police. But they could also seek out local authorities, district officials, clan authorities and non-governmental organisations, among others.

Each of these authorities may help to some extent, while partially deferring to — or overruling — other actors. The result is an environment in which no single actor can reliably claim authority over any area.

The State can allow certain autonomous or semi-autonomous spaces for opposition. This is because the unpredictable political environment makes these spaces so fragmented and fragile that citizens using them cannot gain traction to hold authorities accountable.

This creates an obstacle to the emergence of political accountability — sometimes called the compact between the State and society.

The result is an approach to governance that is based more on fragmenting and weakening opposition than on extending unquestioned or unchallenged control.

Implications The implications for Uganda are wide ranging. The first and most apparent one is that it’s difficult to mobilise political opposition in this context. It isn’t that there are no spaces for political action. Rather, these spaces are fragile and threatened by the possibility of unaccountable state violence.

This helps understand why Ugandans use political protests or the legal system to check the executive. Yet, it’s very difficult to translate these activities into sustained and effective political organisation and action.

It also helps explain why citizens take up alternative approaches — such as naked protests — to raise their political voices.

My research additionally underscores why it’s not possible to understand Ugandan politics without understanding the role of the security sector and armed forces.