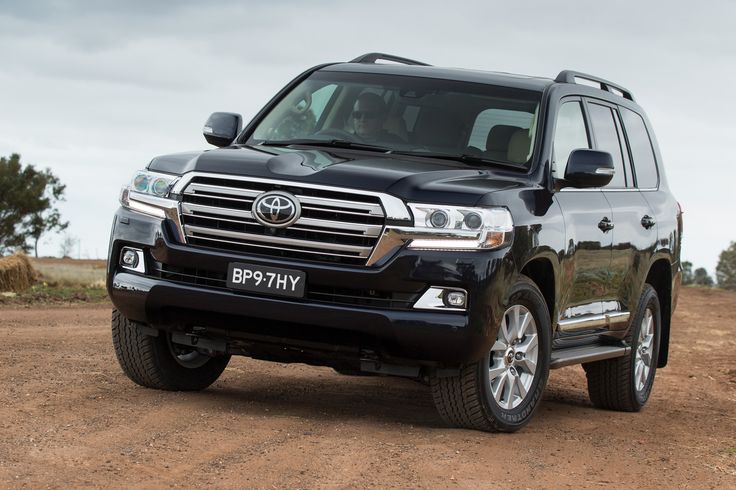 Dubbed the 200 Series, the SUV came to replace the 100 Series in the large SUV segment offer from the Japanese brand. The 200 Series is also known as the Land Cruiser V8 in other markets around the world and this 2008 model year was built on Lexus' LX platform.

ADMITTEDLY, there is an all new Land Cruiser 300 series but we should never forget the predecessors, who made it easier for the all new Cruiser to shine. It is a brand with unsurpassed heritage. I had one for a couple of days this past week.

Dubbed the 200 Series, the SUV came to replace the 100 Series in the large SUV segment offer from the Japanese brand. The 200 Series is also known as the Land Cruiser V8 in other markets around the world and this 2008 model year was built on Lexus’ LX platform.

The longest-surviving nameplate in the Toyota line-up, the Land Cruiser traces its roots to an earlier era when sport-utility vehicles were judged for their off-road credentials above all else.

That is not to say that the 2007 Toyota Land Cruiser feels like a relic when you get behind the wheel. A major overhaul in 1998 saw it pick up a smooth V8 engine and a stiffened chassis that gave it exemplary on-road manners while preserving its all-terrain abilities.

High-quality leather hides any evidence of its utilitarian personality in the cabin, and if it were not for the lack of wood inlays, this Toyota would easily pass for a Lexus.

This is a good thing, because with its dear price, the multi-talented Land Cruiser is far out of reach for the typical Toyota buyer.

Although today’s Toyota Land Cruiser is a bona fide luxury SUV, its ancestor, the FJ40 Land Cruiser, was a pure off-road vehicle and considerably smaller in size.(Toyota has attempted to reclaim some of that heritage with the launch of the FJ Cruiser recently but if you ask me the car looks like a ride for aliens.)

As the customer profile shifted over the years, the Land Cruiser grew larger and more luxurious. The current model seats eight, allowing it to function as an upscale carpool vehicle. It is not the ideal vehicle for putting about in suburbia with the kids, though.

Compared to the accommodations in newer midsize and large SUVs, its third-row seat is cramped and doesn’t fold into the floor when you need more room for cargo.

As you would imagine, practicality is not first on the list for most Toyota Land Cruiser buyers. They buy it because it is still the best SUV there is when it comes to blending off-road capability with on-road refinement, and because it’s backed by Toyota’s legendary reputation for quality and durability.

For consumers who know they will not scratch the surface of Land Cruiser abilities, though, the Land Rover LR3 or Mercedes-Benz GL450 is better suited for family duty.

It probably explains why Land Rover Disco 4 and Merc GL450 is a favourite with the wives of the rich and the famous. You hardly see them pushing Land Cruisers.

On the options list, you will find major items like a navigation system (with a rear-view backup camera and Bluetooth connectivity) and an adaptive suspension system that automatically adjusts both ride height and shock damping for improved performance both on- and off-road.

A roof rack and running boards are also available. A rear-seat DVD entertainment system is available as a port-installed option. Power comes from a 4.7-liter V8 that generates 212kW and 445Nm of torque. A five-speed automatic transmission is standard, as is a full-time four-wheel-drive system with low-range gearing for off-roading.

Should you want to tow, the Toyota Land Cruiser, properly equipped, can lug up to 3000 kgs. Fuel economy rates just 18 litres per 100 kms in the city and 14 litres per 100 kms on the highway. Its not for those who constantly look at the fuel gauge.

Thanks to the multitude of features and plush seating in the first and second rows, the Land Cruiser feels like a luxury SUV on the inside.

The styling is a little dated, but materials are high in quality and fit and finish is outstanding. Total passenger capacity is eight. Comfort is excellent in the first two rows, but the third row is only suitable for children. When not in use, the third row can be split in half, folded to either side of the cargo bay and stored in an upright position; when it is removed entirely, the Toyota sports a maximum cargo capacity of 97.5 cubic feet. If the Land Cruiser is not luxurious enough for you, consider its cousin, the Lexus LX 470.

While certainly not the most powerful SUV in this price range, the 2007 Toyota Land Cruiser will satisfy most buyers when it comes to acceleration.

The V8 has an ultra-smooth power delivery and passing manoeuvres are rarely a problem. Ride quality on pavement is comfortable and refined, especially for a traditional body-on-frame SUV with a solid rear axle.

Handling is less impressive, as the Land Cruiser’s large size and soft suspension tuning give it a slightly clumsy feel around corners. Ordering the optional adaptive suspension is recommended, as it allows the driver to call up firmer shock damping to keep the vehicle steadier in these situations.

First and foremost, though, the Toyota Land Cruiser is designed to be driven off-road, and not only is it amazingly capable on rutted trails, it retains its smooth, forgiving ride. Some newer SUVs offer more sophisticated off-road hardware, but few, if any, can match the Land Cruiser’s easy-going demeanour.

Quality and capability do not come cheap, dated styling.