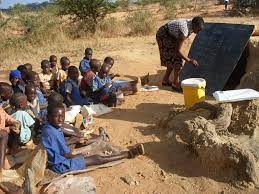 Over 60% of the government’s total revenue is realised through multinational companies’ (MNCs) tax obligations with as much as 50% of the normal withholding tax rate scraped off from abused double taxation agreements. Policies around MNCs taxation and foreign direct investments incentives sway towards resident country profit-making than source country development and productivity.

ILLICIT Financial Flows (IFFs) as a result of policy loopholes and insensitive budgeting have contributed to increasing rates of poverty and underdevelopment.

It is, therefore, important to establish ways in which resources are protected from leakages. Revenue sources must be sensitive to the poor while public finance management should also prioritise social protection. The IFFs problem continues to trouble Zimbabwe, draining over US$1,2 billion through natural resources smuggling in the mining sector.

Over 60% of the government’s total revenue is realised through multinational companies’ (MNCs) tax obligations with as much as 50% of the normal withholding tax rate scraped off from abused double taxation agreements. Policies around MNCs taxation and foreign direct investments incentives sway towards resident country profit-making than source country development and productivity.

In the case of teachers, a larger portion of their salaries are paid in the Zimbabwean dollar, which is losing value on a daily basis.

As such, demotivated teachers are migrating to other countries in search of greener pastures while the country’s education sector is suffering massive brain drain. A large share of the population is failing to meet school fees obligations due to insufficient incomes. This has led to increased rates of academic failure, school dropouts and early marriages. A fourfold increase in the education budget is recommended to boost the sector’s development. Unless IFFs are contained, the education sector budget will remain incapacitated. Women are the biggest beneficiaries of social protection as many are involved in informal trading and domestic work. They require affordable health facilities, education (for themselves and their children), and clean water.

As a result of IFFs, women endure difficulties in gender-responsive budget cuts.

If the government is to realise a sufficient progressive budget, there is need to curb IFFs. Drivers of IFFs are found in various ministries, departments and government agents through lack of public finance transparency and accountability.

Taxation, being a major revenue source for many countries in Africa, including Zimbabwe, realises its revenue from various direct and indirect bases. The country’s highest direct tax revenue earners are personal income taxes and company taxes, as well as, VAT and excise duty. Taxes on capital gains on property sit on lower ranks as revenue sources. Formally employed citizens while liable to part with as much as 30% of their income through taxes, bear the brunt of a shrinking sector. Citizens face burdensome multiple taxations on a single source earning as taxed personal disposable income. As such, policies around indirect taxation discourage formalisation of small business.

Research shows that the majority of employed women are either self-employed or employed without pay as opposed to the few well-educated women that fall under formal employment. This skewed participation on gainful workforce explains women’s vulnerability to financial instability as over 60% of women live in poverty. However, they are liable to pay indirect taxes such as VAT and intermediated money transfer tax (IMTT) from the meagre income.

In order to advance towards development-oriented revenue collection and social spending there is need for:

Fair and transparent agreements and policies on MNCs taxation.

Government must tone down on aggressive indirect taxation of the poor majority while scaling up strict measures of curbing illicit financial flows, addressing tax evasion by companies and individuals.

Jaravaza writes in her personal capacity. These weekly New Horizon articles published in the Zimbabwe Independent are coordinated by Lovemore Kadenge, an independent consultant, past president of the Zimbabwe Economics Society (ZES) and past president of the Chartered Governance & Accountancy Institute in Zimbabwe (CGI Zimbabwe). —  kadenge.zes@gmail.com and mobile No. +263 772 382 852.
Share this article on social