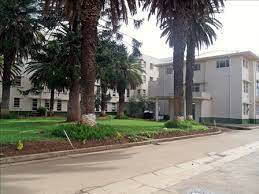 This emerged last week during a virtual debate on consumer rights hosted by the National Consumer Rights Association (Nacora) where residents complained about the sad state of affairs at the hospital.

BY SILAS NKALA BODIES are said to  be decomposing at the United Bulawayo Hospitals (UBH) mortuary allegedly due to malfunctioning cold rooms, poor care and neglect by authorities at the institution.

This emerged last week during a virtual debate on consumer rights hosted by the National Consumer Rights Association (Nacora) where residents complained about the sad state of affairs at the hospital.

A number of participants revealed that they collected decomposing bodies of their loved ones at the hospital, some with eyes gouged out amid fears they could have been eaten by rats and maggots.

“Can I ask what is happening at UBH?

“Is it a government or ministry of Health and Child Care (MOHCC) procedure where corpses that come from outside are not attended to or put in the fridges in the mortuary?” one participant asked.

“I have three cases now. In mid-March I lost my nephew, who was electrocuted at his rural home and was brought to UBH.

“He was placed outside the mortuary awaiting post mortem.

“There were holidays and his body decomposed and no body viewing was done at his burial.”

The partcipant said the nephew’s eyes were missing.

He said recently his brother’s ex-wife also passed away and was taken to UBH.

“She was taken to UBH and a post-mortem was done when her body had burst and there was no body viewing,” he said.

Another participant said they lost a relative last Sunday and the body was taken to UBH at around 10am.

“All procedures were done and the body was taken to UBH.

“Family arranged to collect the body on Monday ahead of the burial on Tuesday.

“Relatives from all over Zimbabwe were notified that the burial was on Tuesday only to be delayed by another day because the doctor could not sign the post-mortem report on time.”

“There are no beds, no medicines, no refrigerators for the mortuaries. It is tragic, very unfortunate and completely unacceptable,” Ncube said.

“The treatment of patients and relatives at public hospitals reflect the treatment that Zimbabweans get from the state.

“There is no due care attached to what people are supposed to get in terms of the constitution.

“Everywhere one goes their rights and dignity is violated. They are denied their rights.”

UBH acting chief executive officer Narcisious Dzvanga said he had not received any complaints about decomposing bodies at the hospital.

Years of underfunding of the country’s health sector laid bare the poor state of the public health sector when Covid-19 hit the country as the acute shortages of critical and lifesaving equipment such as ventilators and intensive care beds were exposed.