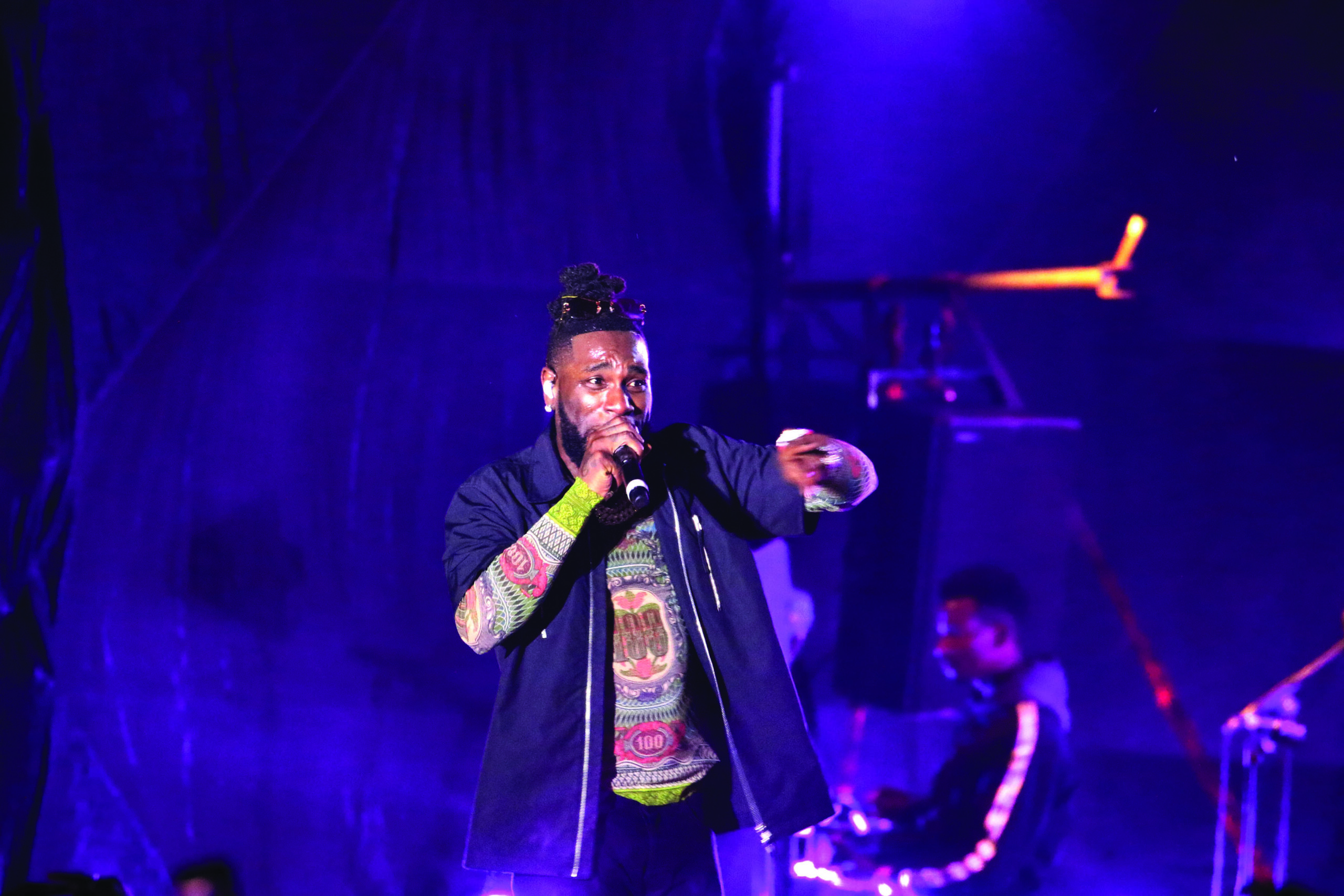 In an interview with New Media City, the artist said he did not accept the offer because he does not believe in “politics and trickery”.

BY SINDISO DUBE INTERNATIONAL star Burna Boy who once endorsed the #ZimbabweanLivesMatter hashtag in 2020, has confirmed refusing to wear a Zanu PF scarf in exchange of money when he came to Zimbabwe.

The Nigerian singer was in Harare in June and performed at Belgravia Sports Club.

It’s reported that he was offered the scarf with the national colours, which has been made popular by President Emmerson Mnangagwa who clads it at every public appearance.

Burna Boy refused the offer and went on to refuse the money dangled for him to endorse the ‘scarf’.

In an interview with New Media City, the artist said he did not accept the offer because he does not believe in “politics and trickery”.

“I have turned down things that even a greater man than me could not turn down, because I do not want any involvement in politics and trickery,” Burna Boy said.

“You know I have already made my stance clear. There is no reason for surprises. It’s natural. It is who I am. It’s just what it is. If you don’t like fishing, you don’t like it.”

In 2020, Burna Boy endorsed the hashtag #ZimbabweanLivesMatter which trended on social media. More celebrities, politicians and human rights groups joined the campaign advocating against the human rights abuse by the Mnangagwa administration.

Recently artists have turned to political parties – the recent is Chillspot Records’ Levels and Fantan who performed at a Zanu PF rally addressed by Mnangagwa in Epworth.

Sandra Ndebele is leading the Bulawayo chapter of the Young Women for ED movement and Mai TT openly supported the Zanu PF leader.

Comedian and musician Kapfupi also openly confessed his admiration for Mnangagwa while urban grooves pioneer Sani Makhalima, Loraine Guyo and Seh Calaz among others have also been rooting for the leader of the opposition Citizens Coalition for Change, Nelson Chamisa.

“It’s all about the confusion in the arts industry,” Mhlanga said.

“The confusion was deliberately caused by politicians, after there was a rise in opposition.

“Politicians were desperate for numbers so they moved into using arts which is a huge constituency hence they used artists for mileage.

“The arts industry is dead, we are only left with the political industry hence artists have ceased to be artists, and we now have activists masquerading as artists.

“If one aligns himself or herself to a certain political party you are no longer an artist but a political activist. You will be compromised to then give people artistry which is free and fair.”

Mhlanga went on to say that the audience were not gullible to follow trends and politicians.

“The audience can see what the artists are doing and stop aligning with them,” he said.

“The people are not fools, look at the artists who have aligned themselves with politicians, most of them if not all have not performed for a paying public in years that should show you that people are gullible.”