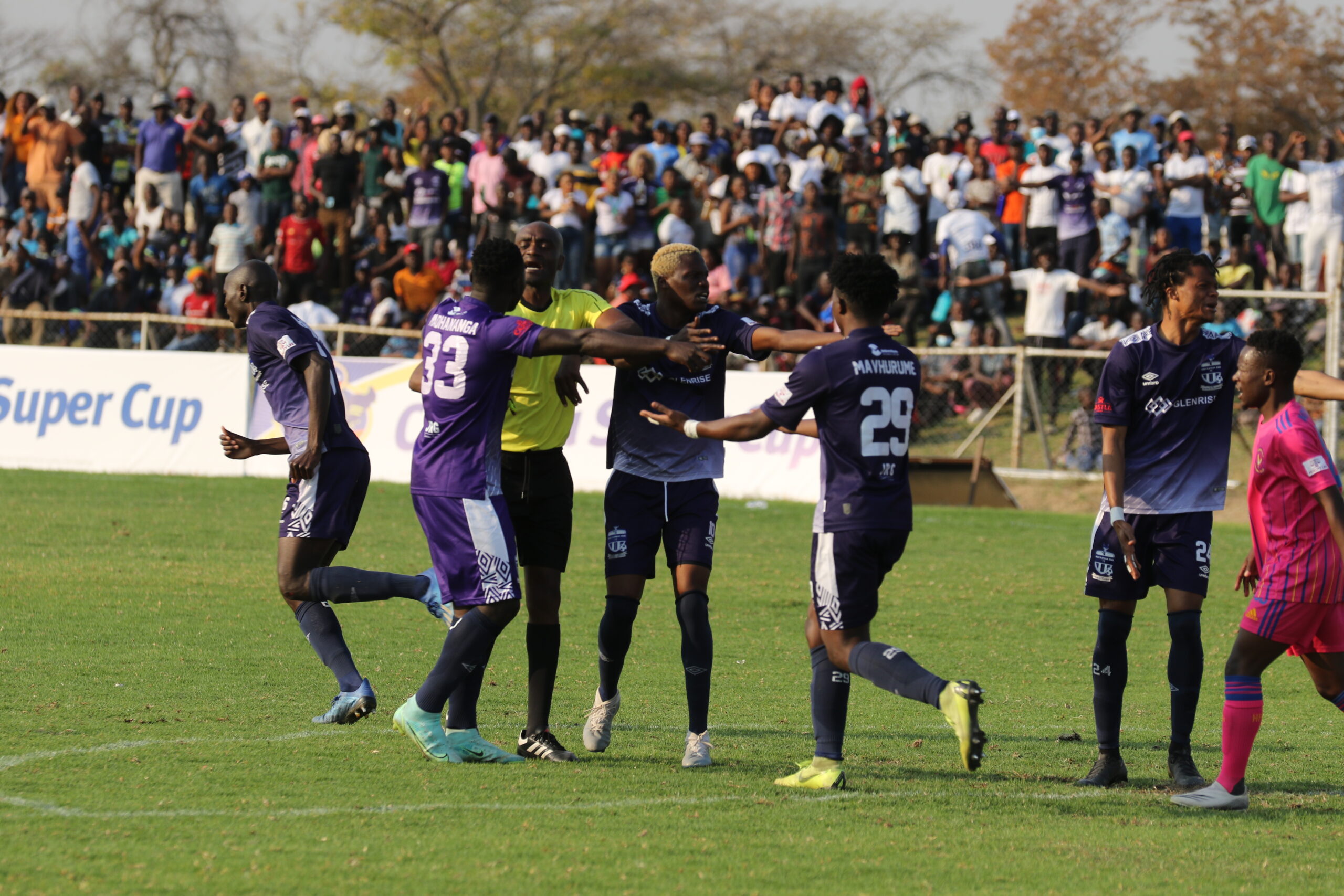 The ambitious Mhondoro Ngezi side lost to struggling Cranborne Bullets in the league last week, and were yesterday booted out of the Chibuku Super Cup in the first round by a 10-mam Herentals side in front of their supporters at Baobab Stadium yesterday.

BY HENRY MHARA IN MHONDORO NGEZI

TAKESURE Chiragwi’s position as Ngezi Platinum Stars coach is safe until at least the end of the season despite the team’s recent wobbles, club said yesterday.

Despite a positive start to his interim reign since replacing fired Benjani Mwaruwari last month which saw him beating Triangle in his first match, their form has since nosedived raising fears that the club management who are known to be notoriously impatient, could also pull the trigger on the youthful looking coach.

The ambitious Mhondoro Ngezi side lost to struggling Cranborne Bullets in the league last week, and were yesterday booted out of the Chibuku Super Cup in the first round by a 10-mam Herentals side in front of their supporters at Baobab Stadium yesterday.

It was a disappointing end to their Chibuku campaign having finished runners up in the previous two editions.

“The coach is safe,” club chairman Leonard Musariri said after the match yesterday.

“We are not looking to change the coach before the end of this season. He is an interim coach and we will make a decision after the season.”

Chiragwi himself is calm about his position at the club and is confident that the team will turn the page soon.

Just like they did against Bullets last week, Ngezi Platinum Stars enjoyed the lion share of possession against Herentals, but walked away empty handed.

The home side were chasing the game as early as the 12th minute when defender Polite Moyo, under pressure from Tino Benza, scored an own goal.

There was nothing fortuitous about the second goal though, which was spectacularly scored by Benza just after the hour mark. The young forward showed great technique when controlling a Prince Chama cross from the right before slamming the ball past goalkeeper Nelson Chadya.

The second goal arrived moments after the referee had waved on what appeared to be genuine penalty appeals by the home side after Luke Ruguchu had clearly handled the ball.

Substitute Tinotenda Musariranwa then reduced the arrears on 87th minute when he forced in a corner.

The home side pushed hard for an equalizer and Delic Murimba almost got it right at the death but the former Triangle man skied his effort from inside the area.

Ngezi’s Leslie Kashitigu was also given a red card after the final whistle for confronting the match officials.

“We did everything that we needed to do to win the game but unfortunately we conceded an own goal,” Chiragwi said. “From there we kept on pushing to get an equalizer and we wanted to get it before halftime, but we couldn’t manage to do that. We came back in the second half and we wanted an early goal but it didn’t happen that way again. But I’m happy how these guys are performing. They are improving every week and what that means is we have a bright future. We will have good results very soon. We are out in this competition so we need to concentrate on the league games.”

He refused to comment on the denied penalty incident

Herentals coach Kumbirai Mutiwekuziva was naturally delighted with the victory.

“It’s a great feeling for me and the team for progressing into the second round,” he said. “It was not an easy game but we managed to do well. This gives us confidence going into our next encounter in the competition. Ngezi is not an easy opponent but our result against them in the league some few weeks ago gave us confidence to come and attack them.”

“We will take it game by game. We wanted to progress to the next level and we managed to achieve that so we are looking forward to the next game and try to progress past that hurdle again. We want to reach greater heights as a team in this Cup competition.”