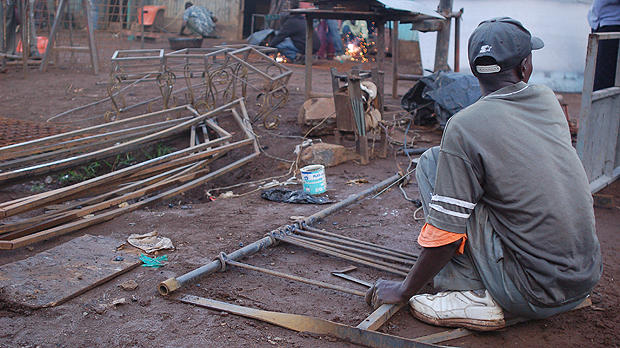 The government of Zimbabwe, through the Ministry of Public Service, Labour and Social Welfare, recently embarked on a consultative process to facilitate the development of a national formalisation strategy for the informal economy.

This is a hugely welcome development taking into consideration the vital role that the informal economy continues to play towards the development of the national Gross Domestic Product.

In fact, I posit that, for the National Development Strategy 1 (NDS1) to succeed, the government and all its agencies need to embrace the informal economy and grant it the recognition that it deserves.

Different observers have different notions of what formalisation of the informal economy means.

To many, this refers to the registering and taxing informal enterprises.

For informal workers and operators, many of whom already pay taxes or fees of various kinds, for example licence fees to operate, site fees to operate in specific locations or are willing to pay taxes or fees in return for benefits, it means gaining access to legal and social protection as well as support services that includes skills or business training and being allowed to organise and to be represented in relevant rule-setting, policymaking, and collective bargaining processes.

From the onset, it is important to understand that formalisation has different meanings and implications for different categories of informal workers.

In Zimbabwe, the formalisation conversation has focused primarily on the self-employed in informal enterprises; and often, more specifically, on informal entrepreneurs who hire others.

At a minimum, the formalisation debate needs to distinguish between wage workers in informal jobs and self-employed in informal enterprises.

Ideally, it should further distinguish between different segments of the self-employed and wage employed in the informal economy: as each segment has its requirements and constrictions.

Further, it is important to ensure that formalisation offers the benefits and protections that come with being formal and does not simply impose the costs of becoming formal.

In the spirit of job creation and security, for the self-employed, formalisation should not mean just obtaining a license, registering their accounts, and paying taxes: these represent, to them, the costs of entry into the formal economy.

What they would like is to receive the benefits of operating formally in return for paying these costs, including: enforceable commercial contracts; legal ownership of their place of business and means of production; tax breaks and incentive packages to increase their competitiveness; membership in trade associations; protection against creditors and social protection.

In so far as informal wage workers are concerned, formalisation means obtaining a formal wage job — or formalising their current job — with a secure contract, worker benefits, membership in a formal trade union, and employer contributions to their social protection.

It is important to highlight that formalising wage work requires a focus on employers, as employers are more likely than employees to avoid compliance with labour regulations.

In this context, it should be noted that many informal wage workers work for formal firms and households, not just for informal enterprises.

Finally, therefore, it is important to note that formalisation has different dimensions beyond just registering and paying taxes.

This also includes asking each group of workers which benefit/s of formalisation would be most important to securing their livelihoods.

In short, policymakers should consider the optimal dimensions and sequence of formalisation from the perspective of different categories of informal workers.

A case of international best practices

This part of the article provides a comparative study of the informal economy, in particular street vending policies adopted by policy makers in India and South Africa.

In October 2010, the Indian Supreme Court decided the case of Gainda Ram v. MCD8 affirming that street vending is a fundamental right under the Indian constitution and mandating that Parliament enact national legislation to ensure this right no later than June 30, 2011.

I posit that, the government of Zimbabwe has a lot to learn from India in terms of how they managed to deal with the issue of the informality.

As in many developing countries, Indian street vendors constitute a substantial proportion of the informal economy workers, providing affordable goods to the urban poor and filling a valuable economic and social role in the urban cityscape.

There are an estimated 10 million street vendors in India and 350 000 in New Delhi alone.

The Gainda Ram decision marked a significant shift in the way in which India has regulated the informal sector/street vendors.

The policy aims to formalise and legalise street vendors, to provide protection from harassment and exploitation through a licensing system, and to create a system of local management and self-government that provides opportunities for street vendors to redress violations of their rights (primarily harassment).

Zimbabwe, being a signatory to several instruments at the International Organisation (ILO) and other bodies, has a glorious opportunity to go with the Indiana model and push for radical legislative changes that promote the growth and development of the informal economy.

In 1991, the South African national government passed the Businesses Act, which recognised street vendors as proprietors of legitimate businesses.

The Act details the process by which local administrators may issue licenses to vendors and imposes significant constraints on the actions of local authorities.

In 1993, the South African government amended the Businesses Act to provide municipalities with substantially more freedom to regulate vending practices, including through the adoption of bylaws and local regulations.

Specifically, the amended Businesses Act endows provincial administrators with the authority to decide, consistent with the Act itself, “the constitution of anybody appointed as a licensing authority,” the “powers, duties and functions” of a licensing authority, the application of the Businesses Act’s vending provisions, and the responsibility of individuals for reasonable expenses incurred through inspections and removal.

Additionally, the 1993 amendments provide local authorities with the ability to restrict the areas within which vendors may operate but detail a public and consultative process which authorities must utilise in-order to do so.

Several municipalities (Johannesburg in 200455 and Durbin in 2010) have recently adopted by-laws according to the Businesses Act.

Informal employment is the main source of employment and income for the majority of the workforce in Zimbabwe.

Both informal enterprises and the informal workforce need to be valued for their contributions and integrated into economic planning and legal frameworks.

To ensure policy responses are appropriate to the constraints and risks faced by informal workers, they must gain greater visibility in official labour force statistics and greater representative voice in rule-setting and policymaking processes.

Efforts to strengthen organisations of informal workers must be increased and sustained.

What is needed, most fundamentally, is a new economic paradigm: a hybrid economic model that embraces the traditional and the modern, allowing the smallest units and least powerful workers to operate alongside the largest units and most powerful economic players.