Letter to my people: Why Mugabe honours are awkward 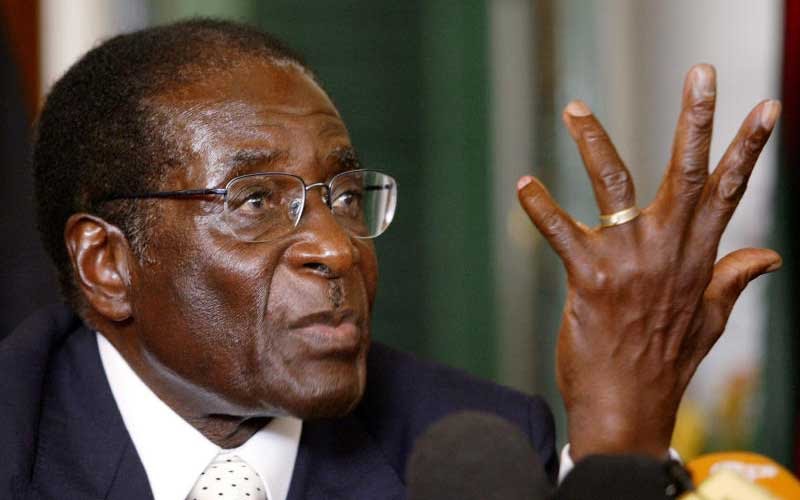 Baba was an educationist and would have never let this happen. But this lot have no regard for education and this is why this is happening.

BY DOCTOR STOP IT

I hope you had restful holidays and for once you forgot about the people that pretend to rule you when all they do is loot.

The year started with the government postponing the opening of schools indefinitely because of a “rise” in Covid-19 cases, a laughable excuse if you ask me.

I am really beginning to not understand this Covid-19 thing, at first it was straightforward; avoid large gatherings and groups to prevent it, but now it seems it is selective.

Zanu PF recently held elections across the country and Covid-19 was not raised as an issue.

The country cannot hold by-elections but Zanu PF can go ahead with its internal elections. You see my problem with Covid-19.

Nero tried to distribute goods to the elderly but was told there was Covid-19, but Profit Java is allowed to gather hundreds of people without anyone raising the C word — I mean coronavirus — get your mind out of the gutter kkk.

Even schools have to be closed to reduce Covid-19 cases, but Zanu PF functions proceed as planned.

Last year, at the height of the Omicron variant, Launchmore held his functions regardless of Covid-19 regulations, yet schools opening has to be deferred indefinitely.

Speaking of education, normally schools would be re-opening this week, but up to now, Grade 7 results are yet to be released, meaning it’s not possible to have a Form 1 intake.

This has never happened in the history of this country. This is literally the height of incompetence.

Baba was an educationist and would have never let this happen. But this lot have no regard for education and this is why this is happening.

On the other hand, pupils are still sitting for their ordinary and advanced levels that were supposed to be completed in 2021, but will now be written this year.

Can someone explain to me how we have degenerated into such. Baba made sure Zimbabwe was one of the most literate countries in the world and now his work is being reversed by people that have no idea on the importance of education.

For them, literacy and intellectualism are subservient to military power and force, this is why they allow the education system to collapse in such a manner.

Obviously, the easy excuse is that Covid-19 made it difficult for education to continue last year.

However, they won’t say why Covid-19 did not stop Launchmore’s rallies that were held every other two days.

These ones prioritised politics at the expense of education and in the process they are creating a generation that is uneducated but sits for examinations almost religiously.

A bit like our elections kkk; they are held regularly as and when they are due, but they can never be said to be democratic.

The government has to rethink its attitude towards education because we are creating an illiterate generation and that is very dangerous for the country’s future.

I see the government has come up with the Robert Gabriel Mugabe Commendation Award for Service in Human Capital Development and I can’t wrap my head around what the big idea here is.

One moment, they describe Baba as a dictator, a person who brought sanctions on Zimbabwe and someone who had to be deposed by a coup, yet on the other they name an award after him.

This feels a bit dishonest for me; they should choose whether they want to demonise Baba or honour him.

Sisi Oppah described Baba as a traitor, so why should an award be named after Baba.

Also, don’t forget that these are the same people that want to disturb Baba’s rest by exhuming him and burying him in a place that he refused to be buried at.

Baba described these people as his tormentors and did not want anything to do with them. If he was alive, I know he would refuse to have his name associated with this award.

If they are trying to appease Baba, it’s too late, the damage was long done.

Will my family be part of this charade? Wait and see kkk.

I saw raging debate on voter registration figures and I thought my people were missing the forest for the trees.

A high voter turnout is bad for the party in power, so they will do their utmost best to suppress voter registration and the number of newly registered voters.

If you believe that only 2 000 people registered to vote in 2021, then you will believe anything. ZEC must be challenged on these figures rather than a situation where people spend days debating those figures.

Put plainly, those figures aren’t true and the rigging has started.

COVID-19 DOCTOR STOP IT
Share this article on social