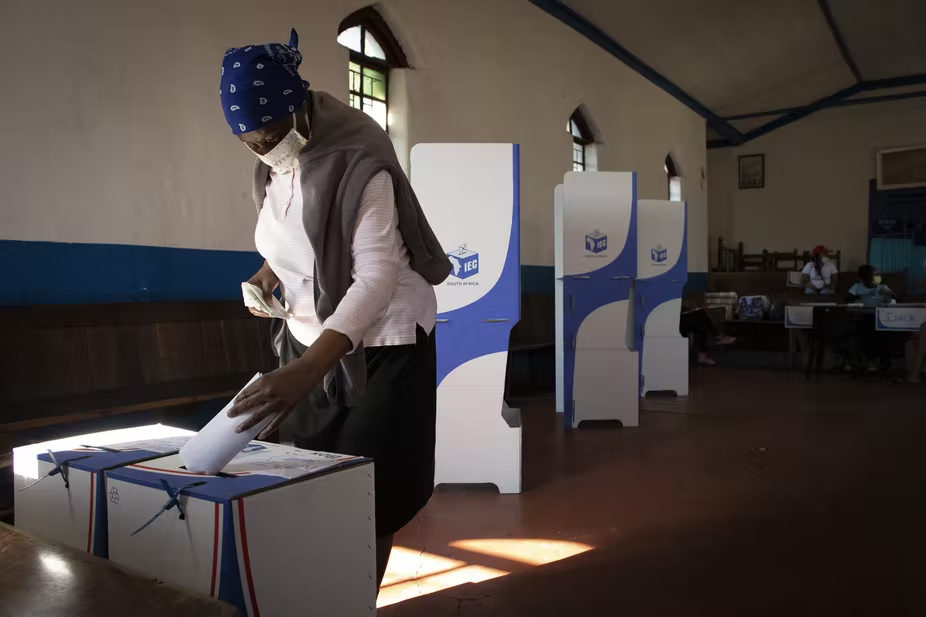 BY DIRK KOTZE South Africa is amending its electoral law to make it fairer by enabling citizens to contest provincial and national elections without being forced to join political parties.

This follows a 2020 Constitutional Court judgment that found that excluding citizens from being elected as independent individuals was unconstitutional.

The country has used this system for national and provincial elections since 1994.

But, in 2020, the New Nation Movement, a civil society body, challenged the electoral system for unfairly excluding independent candidates. In their view, the act made it impossible for voters to have a direct link to national and provincial representatives who can be directly accountable to them.

A new Electoral Amendment Bill has been tabled before parliament. It allows for two categories of individual candidates: those who run purely as independents as well as those nominated by political parties.

The proposed new system is similar to the country’s local government electoral system. Under this system an equal number of proportional party representatives and individual ward councillors are elected. It is also similar to Lesotho’s mixed member proportional system.

In my view, this arrangement would undermine the intention of the court judgement.

Firstly, they won’t meet the requirements of making the electoral system more responsive to local voters because party nominated candidates, who will still be able to run, will have an unfair advantage over independents.

And, as the current system clearly shows, candidates who are part of party lists aren’t directly accountable to the electorate.

There are flaws in the bill related to broader rights as set out in the constitution.

One relates to the right to belong to a political party.

The constitution guarantees every citizen the right to be a member of a party.

But clause 31B(3)(f) in the bill determines that one of the requirements for an independent candidate is that they should not have been a member of a political party for at least three months before their nomination date.

This seemingly violates section 19(1)(b) of the constitution, which guarantees the right for everyone

The right to be a member of a party can’t be denied, even temporarily.

The phrasing of this clause in the bill seems to be missing the point. From the public’s point of view, the emphasis is very much on seeking alternatives to candidates who are the products of internal party nomination processes.

The minimum requirements for such an independent should, therefore, be that a candidate is not nominated by a party, and their nomination and campaign are not funded by a party.

Membership of a party — or any other organisation — cannot be restricted by legislation.

Another area of concern is what impact independent representatives will have on the proportional representation in the National Assembly and provincial legislatures.

Section 19 of the constitution has to be read together with section 46(1)(d), which states that the electoral system must “result, in general, in proportional representation”.

It implies that the overall effect of the electoral system (allocation of seats) has to be proportional in terms of the votes received by all the parties.

The question, therefore, is what the impact of independent representatives on this proportionality is.

The table below shows how the level or percentage of proportionality declines in direct correlation to an increase in the number of independents.

It means that if all 200 regional seat representatives are independents, then the level of proportionality in the National Assembly will only be 50%.

The bill allows for what it calls compensatory seat representatives. These are designed to compensate for the difference that might exist between the number of individual seats a party gets and its proportion of the total votes in the election.

But the concept only has limited use.

Only the PR compensatory seats plus each party’s regional seats will contribute to the proportionality of parties. It does not include the independents amongst the regional seats.

This will certainly not meet the minimum constitutional requirement of proportionality.

It is inconceivable that such a constitutional threshold could be lower than 75%, and therefore more than 100 independents.

The implication is that allocating 50% of the National Assembly seats to the regional seats category is too high.

There is a solution: The 50/50% allocation should be reconsidered in favour of the proportional representation “compensatory” seats to meet the general PR requirement.

Another flaw in the bill is the system proposed when it comes to provincial lists.

As currently set out, this has a built-in bias in favour of party-nominated individual candidates who can rely on their party’s financing and campaign infrastructure.

The National Assembly is currently made up of 400 members — 200 from national lists and the other 200 from provincial proportional representation lists.

The implication of this approach is that South Africa will be demarcated into nine huge National Assembly constituencies (which are identical to the provinces). In contrast, most of the proposals made recently to the Ministerial Advisory Panel on the Electoral System, and by the Van Zyl Slabbert Task Team on electoral reform in 2003, included more constituencies.

Using such large constituencies will make it very difficult for both categories of regional seat candidates to campaign effectively.

They’re unlikely to have enough financial and other resources.

The whole idea behind independent candidates is the hope that their inclusion might improve the accountability of parliamentarians to the voters. And make them more accessible to the public.

But large constituencies cannot meet these expectations. If that was indeed possible, then the current provincial legislatures would have done it already.

A second implication of the envisaged multi-member constituencies is that their representatives will come from different parties and some may be independents.

If a voter wants to approach a public representative with a problem, to whom will they go?

Who’ll take responsibility for that issue and who’ll accountable for it?

This amendment proposes radical changes in the electoral system, but whether it meets the main expectations of the Constitutional Court, is unlikely.

The public will still not gain direct access to public representatives, who can individually be accountable for parliamentary decisions. — The Conversation