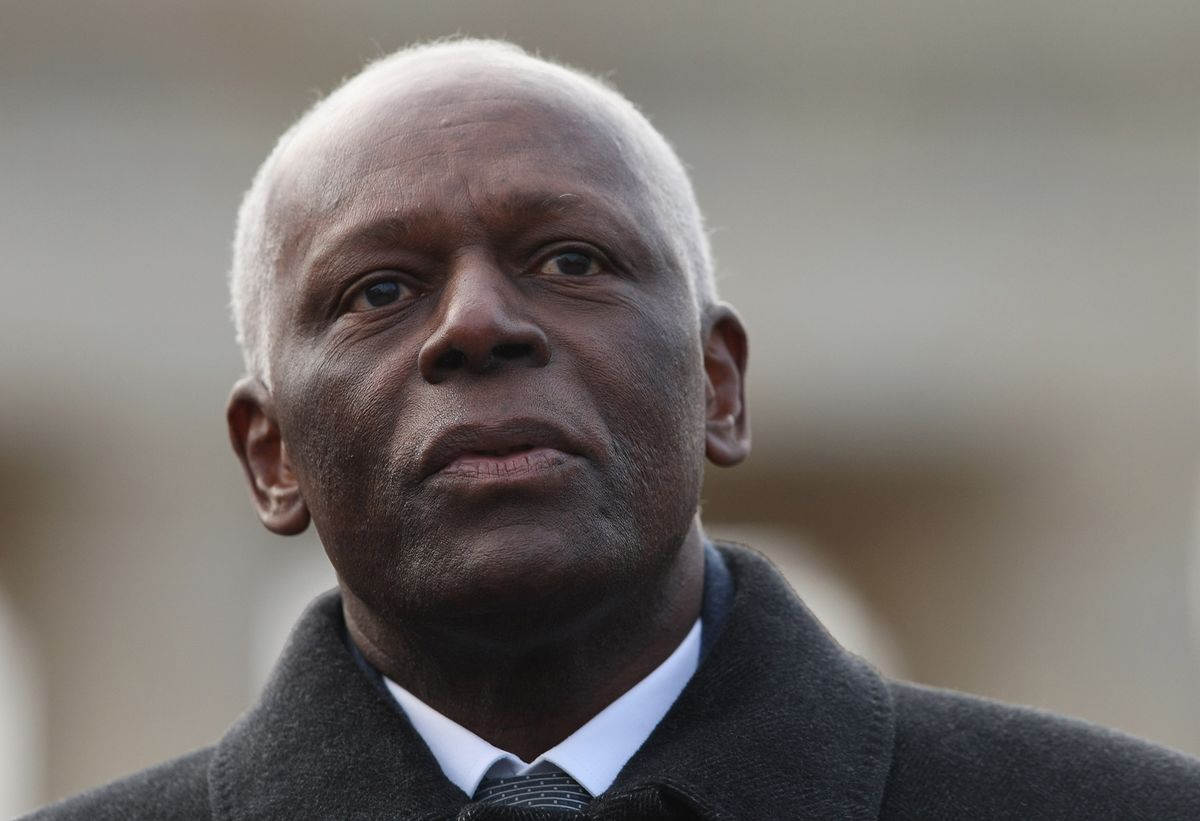 Putting it slightly differently, his control of what he said and what he left unsaid defined not only how he lived and governed, but also how he managed the last years of his solitary life.

BY TOMAS ANTONIO Silence is what comes to define the life and the death of the former Angolan president José Eduardo dos Santos (1942-2022), who died recently at a hospital in Barcelona, Spain, at the age of 79.

Putting it slightly differently, his control of what he said and what he left unsaid defined not only how he lived and governed, but also how he managed the last years of his solitary life.

I previously worked as a journalist in Angola and Portugal.

My subsequent PhD in anthropology focused on the interplay between politics, urbanism and kinship in Luanda.

I have also published a monograph on the urban transformation of Luanda, the capital city of Angola.

In my view, since its independence from Portugal in 1975, Angola has become for the most part a country known for its opacity or lack of transparency.

It might not be sound to attribute to one single man the making of a whole system of state operations.

But if one can say so, Dos Santos’s personality was fundamental in the shaping of postcolonial Angola.

Very few leaders in the world have achieved this.

He loathed direct confrontation, abolished the death penalty and prevented the slaughter of the generals of the rebel movement National Union for the Total Independence of Angola (Unita) in the wake of the killing of its leader Jonas Savimbi, in February of 2002.

Yet Dos Santos failed to provide a moral example and did very little to prevent those around him, including his family, from unmercifully plundering the country’s resources.

Soon afterwards, he was sent to the Soviet Union, where he studied oil engineering.

The MPLA was confronted with a lack of capable cadres at that time, enabling him to move up its highest echelons.

Angola achieved independence from Portugal in 1975.

Dos Santos became Foreign Affairs minister in 1975 and first deputy prime minister in December 1978, nine months before the death of Agostinho Neto, the first president of a free Angola.

Good looking, soft spoken, and at the tender age of 37, he was chosen to replace Neto.

In his inauguration speech, he conceded that replacing Neto, to whom epithets such as Father of the Nation and Immortal Guide were given, was not an easy substitution, let alone a possible substitution, but simply a necessary substitution.

There are various versions of why he was nominated to succeed Neto.

One is that it was because he was young, and therefore seen as easy to control.

Another is that he became the president because the top structure of the party was dominated by whites and mixed-race militants.

Most party members believed that only a black Angolan could govern the country.

But those who helped Dos Santos rise to the presidency and thought that they could use him as a puppet were soon disappointed.

In the early 1980s, he started to push out Neto’s advisers and surround himself with younger ones who would be known as Futunguistas, in reference to the presidential headquarters he had transferred to Futungo de Belas, on the outskirts of the city.

In those years, he was concerned with two interrelated pressing issues that came to determine his presidency: oil and war.

On the oil front, he turned Angola into one of the largest producers on the continent, using oil to finance the war as well as to drive economic growth.

Results became visible in the 2000s, when Angola become one of the countries with the highest economic growth in the world.

The GDP growth rate of Angola reached an all time high of 23.2% in the fourth quarter of 2007.

He furthered military cooperation with Cuba, and with its help attempted to crush Unita militarily.

In 1985 he ordered the Operation Second Congress, with the goal of destroying Unita’s main logistical hub in Mavinga.

Unita survived thanks to support from apartheid South Africa and America’s CIA.

But the offensive — which culminated in a peace deal — had other consequences for democracy in the region by contributing to South Africa’s increased isolation.

This change in sentiment opened the way for the 1990 independence of Namibia, which was still governed by the apartheid regime.

Other events that shaped the region included the democratisation of South Africa in 1991 and the peace agreement signed between the Angolan government and Jonas Savimbi’s rebels in the same year.

As part of the agreement Cuban troops were withdrawn from Angola.

Dos Santos ran against Savimbi in the general election of 1992. Dos Santos was declared the winner but Savimbi refused to accept the results. This precipitated an even more destructive phase of the civil war, which ensued for ten more years.

In the late 1990s, frustrated with the possibility of negotiating peace, Dos Santos became increasingly convinced that war in Angola would only end with either Savimbi’s death or capture. But to achieve this he needed unrestricted power.

In 1998 he dissolved the cabinet and embarked on the overhaul of the Angolan constitution to enable him to take quick and expedient decisions without the approval of the National Assembly.

This weakening of state institutions was certainly behind the plunder of public resources by private interests.

This state of affairs was cemented with the adoption of constitutional changes in 2010.

All of this Dos Santos did without, so to speak, opening his mouth. At least in public. He rarely sat with journalists.

As far as I know he never granted an interview to an Angolan journalist, and only conceded three interviews to Portuguese channels.

He rarely spoke off script, preferring to carefully read the speeches prepared by his collaborators.

For the duration of his presidency, people spent their time trying to interpret his silence.

Many resorted to taking decisions in the anticipation of what they thought Dos Santos expected them to do.

Dos Santos didn’t break his silence even after being replaced by João Lourenço, who won the general election in 2017.

Lourenço made the fight against corruption – deemed to be the main legacy of Dos Santos’s 38 years in power – the cornerstone of his presidency.

Dos Santos made only a single public attempt – and a timid one at that – to clear his record on the issue of corruption.

For the rest he kept his silence, failing to intervene even when his children were pursued.

Dos Santos promised to give a tell-all interview. But it never happened

He died as he had lived and governed: in silence.

His silence, and what he accomplished with it, is for me the most enduring legacy of José Eduardo dos Santos. — The Conversation