Gathering storms for US president Biden 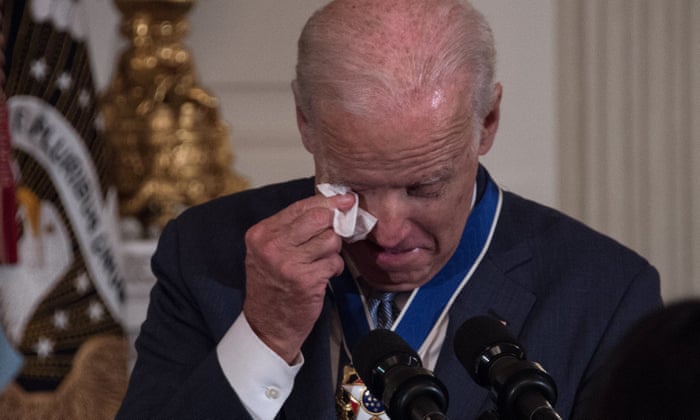 BY KENNETH MUFUKA President Joe Biden was elected on the promise that he would bring some sanity to the White House after its occupation by the mad billionaire Donald Trump. It is barely eight months after his inauguration. Everywhere I look there are gathering storms. As we speak, Democrats have gone into hiding and are […]

President Joe Biden was elected on the promise that he would bring some sanity to the White House after its occupation by the mad billionaire Donald Trump.

It is barely eight months after his inauguration. Everywhere I look there are gathering storms. As we speak, Democrats have gone into hiding and are refusing to discuss the humiliating US defeat in Afghanistan by a motley gang of Muslim Neanderthals.

Former British prime minister Tony Blair has added his voice to the growing chorus of those who believe that Biden is a worse bumbler than Trump was. In his biting letter of August 23, Blair confirmed that the US set a unilateral withdrawal date of August 31 without allied input.

Well, there are 4 000 British citizens and perhaps 5 000 workers plus their families left at the mercy of the Taliban. This sidelining of Britain relegates it to a second rate power. The occupation of Afghanistan was for the benefit of the natives. The abandonment of “its people is tragic, dangerous, unnecessary and not in their interests”.

Blair has held this view, at least since 2002. He believes that some native rulers, such as Robert Mugabe, were worse than the former imperialists, and that it was the white man’s burden to take out such rulers.

He has repeated this same argument in his latest letter.

American allies of Biden are also jumping ship. The Republicans are having a field day.

The disrespect of Britain and its allies (the G-7) is described in detail by the British Telegraph. British Prime Minister Boris Johnson was “left in the lurch” it says. Johnson, with tail between his legs, was left to negotiate with the Taliban for a safe exit for British citizens and their allies.

In a virtual interview with allies, Biden’s behaviour was worse than that of Trump. Of the 13 minutes, he spent “the first five minutes talking about his domestic economic policies.”

The Telegraph calls this “Biden’s betrayal” and that his “reputation has been forever tarnished”.

The meeting went from the ridiculous to the ludicrous. The British pleaded for respect from the Taliban, arguing that they (G-7) will offer financial support and recognition. The US has frozen Afghanistan financial assets worldwide.

It has escaped the British that the Taliban (the righteous ones) do not need or care about recognition by infidels. The financial assets frozen abroad belong to US puppets to begin with.

Biden’s policies at home, though well-meaning, have done damage to his stalwart supporters, the black voters and their liberal allies.

On January 20, his first day in office, Biden discontinued the Canadian-New Orleans pipeline, throwing 20 000 workers out of jobs.

Three days after inauguration, he followed his other actions by an executive order restoring the rights of transgender service men in the military. (January 25). There are probably less than 100 transgender people in the US army.

By the way, Biden administration has encouraged boys suffering from gender dysphoria (who think they are girls) to use girls’ toilets and compete in girls’ sports.

This has kept the evangelicals firmly in the Republican camp.

On April 20, Biden writes another executive order with a lofty title: “Preventing and combating discrimination on the basis of gender and sexual orientation.”

August 23, Biden suffers a heavy defeat by Southern states. The states faced by an influx of 2,5 million Latinos across the southern border, fleeing from bandidos, drug gangs and economic hardships petitioned the Supreme Court against open borders.

A combination of all these cases show Biden’s Achilles heel. Biden and Democrats always spend enormous time and efforts on minor issues only to find themselves like exhausted volcanoes at the end of their term.

The executive orders that give relief to transgender and Japanese folks are commendable, but one wonders how many people will benefit from such actions.

The order against violent actions against Japanese storekeepers by rioters affected less than 10 store owners in a rare incident of criminal activity. Enforcement of criminal nuisance laws would have seen the thugs in some jailhouses.

What Biden forgot is the greater problem, of both criminal and institutional racism against blacks for 300 years. He could have strengthened the civil rights laws and affirmative action’s already in the books. In any case, the loss of jobs caused by the closure of the Canadian oil pipeline has contributed to the volatility of the oil markets.

The American Automobile Association in their August report says that petrol prices have risen from U$2,17 per gallon a year ago to U$3,50. Consequently, prices have risen by a third. Cashiers say housewives have been heard to say bad words as they pass at the check-out counters.

But the “goofiest” actions associated with the Biden administration have to do with the prohibitions aimed at protecting citizens from Covid-19. Biden came to power on the understanding that “we must be guided by science where Covid-19 disease is concerned”.

Biden hoped that in his first 100 days, well over 80% of the population would have been vaccinated. Less than 47% have taken the vaccination.

Many Catholics believe that human foetuses are part of ingredients that go into making vaccinations. Red-neck populations (ignorant whites) simply “don’t trust no government, know nothing to tell them what to do or not to do”. Blacks remember the Tuskegee experiment by the Secret Service which tested syphilis medicines on blacks. Some vaccinated patients have died. Though a tiny number, they are proof that the vaccines are no good. As I speak, my great state of South Carolina is requesting a third booster vaccination. Well, that proves that the first two did not work.

The effect of all this is that one third of the most vulnerable parts of the economy, factories, restaurants, churches, schools and hospitals are disrupted at the faintest whisper a worker or member testing positive. If a waiter does not work, he has no income.

Everywhere you turn, the storms are gathering. Democrats, who have a small majority of 11 members in the House, face an election in 2022. We will know then if Biden has been an asset.

Ken Mufuka is a Zimbabwean patriot. He writes from the US.