Is Zanu PF ready for elections or its just a masquerade? 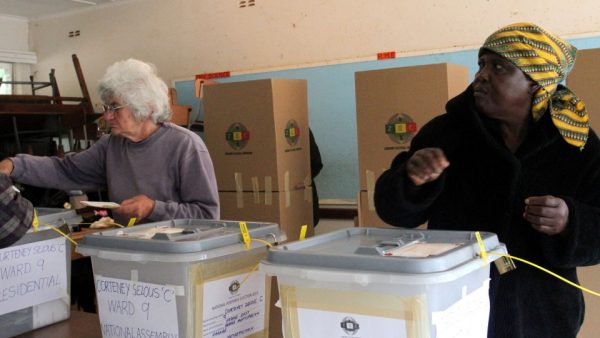 The truth is Zanu PF may not be ready given the nature of controversy, chaos and political competitiveness, which comes with its internal political processes that more often than not, threat to divide the party.

In a more complex and fluid political scenario such as ours, masquerades are common.

The truth is Zanu PF may not be ready given the nature of controversy, chaos and political competitiveness, which comes with its internal political processes that more often than not, threat to divide the party.

The delay and continued procrastination of by-elections is but one signal that not all is well.

But that does not mean Zanu PF runs out of survival tactics.

The last month and a couple of weeks have been awash with many media stories, zoom and webinar discussions on the implications of the Zambia election outcome on Zimbabwe.

Many are of the view that Zimbabwe has a lot to learn from Zambia in terms of running elections and handing over power to the winners. Nelson Chamisa was thrilled to be one of the guests at the inauguration of Hakainde Hichilema (HH) in Lusaka, and he seems to have received some resuscitation that as opposition leader come 2023, he can make it to State House.

However, political analysts warned him that it is not going to be a stroll in the park and reminded him that the performance of his party cadres in the 2018 parliamentary elections does not resemble what he was admiring in Zambia.

Becoming a Republic’s president, especially in Zimbabwe has more to it than just the razzmatazz and euphoria that comes with the inauguration celebrations.

His naysayers and critics chided him, liking his case to an occasion where one thinks that being part of a bridal team for a friend’s wedding means that will also wed in the not so distant future.

All these discussions are to be litmus tested, if the 2023 harmonised elections are on!

Politics is mysterious and often full of surprises. It seems the media and the rumour mill have it on good record  that the ruling Zanu PF together with its Political Actors Dialogue (Polad) associates is likely to use the Zanu PF parliamentary two thirds majority in parliament to legislate the formation of a Government of National Unity (GNU).

The formation of a GNU will consequently mean postponing the 2023 harmonised elections to 2028 or even beyond.

If this happens, opposition parties’ dreams of getting to State House are delayed or shattered completely.

Chances that opposition parties outside Polad are likely to join a GNU are slim given the reasons for being outside or shunning the Polad platform.

The possibility of Zimbabwe having a second GNU are very high given the fact that Zanu PF will not be willing to face its own political waterloo  in 2023.

Zimbabwe’s current socio-economic challenges are not likely to help Zanu PF retain power even in a chaotic and manipulated electoral system.

However, it must be hastily said that Zanu PF over the years has survived being booted out of power either by hook or crook.

Elections delayed through a GNU will mean elections denied for those that hoped to see change coming through the ballot box in 2023.

This will definitely be a disappointment for many who believe that democratic transition for Zimbabwe is possible.

There are varied reasons why Zanu PF could opt for a GNU and postpone the 2023 elections.

The party is at its weakest point, given the alleged factionalism between those loyal to President Emmerson Dambudzo Mnangagwa and those loyal to Vice-President Constantino Chiwenga.

The G40, which went underground in the 2018 elections, seems to be rearing its head again, but this time more vicious and more focused than before.

In the provinces, the tussling for provincial top posts, especially that of chairpersons is threatening to further weaken and divide the revolutionary party.

Efforts by the politburo to stop the “divisive campaigns” in the provinces has fallen on deaf ears.

The most prominent provincial factional fight is that of Mashonaland Central, which happens to be a stronghold of the ruling party in previous elections.

As if this is not enough, some sections of the war veterans are not happy with the treatment they are getting from the Second Republic.

At first, they were up against the July 2020 Global Compensation Deed, entered into between the government and the Commercial Farmers’ Union of Zimbabwe (an exclusive union for white commercial farmers) as they feared losing the farms they got under the Fast Track Land Reform programme of 2000.

The Global Compensation Deed covers the thorny issues of property rights and rule of law.

In the past weeks, some sections of the war veterans were demanding more money for their support of the party’s past victories and present leadership.

They have complained that they were used by the ruling party leadership and will not be willing to go under the same subjection in future elections, especially the 2023 harmonised elections.

War veterans have remained key election allies of the ruling party, mostly in rural areas where they are famous for tormenting villagers and force-marching them to vote for the ruling party.

There are very high chances that if their grievances are not attended to, they will not guarantee Zanu PF’s next victory, if the 2023 harmonised elections are on!

Zanu PF is likely to take advantage and solace in the on-going discussions about the need for a GNU.

An Afrobarometer survey seems to be vindicating some inclinations for some unity government rather than the harmonised elections.

The MDC-T leadership has insinuated in the past that Zimbabweans are weary of repeatedly disputed elections at the expense of sustainable development.

The churches at one time advised political parties to consider an elections sabbatical, so that for the people’s sake they first address the nation’s bread and butter issues before politicking.

Political analysts have also debated the need for a transitional authority to save the country from plunging into unimaginable and irreversible underdevelopment.

The big problem with the proposal for a transitional authority is getting the ever-bickering key political players to agree on modalities of operation that leaves no one short-changed.

The previous GNU (2009-2013) seems to have left the MDC-T, then led by the late Morgan Richard Tsvangirai, with egg on the face.

Political events in the next three to six months will tell whether Zimbabwe will have harmonised elections in 2023 or not.

The continued postponement of by-elections because of Covid-19 seems to point to no elections.

If there are no elections, do opposition parties outside Polad have option B or they will as usual cry foul for the rest of the GNU period?

There is a lot of talk and strategising in preparation for the game, but are the  2023 elections on?