Masuka, Basera onto something 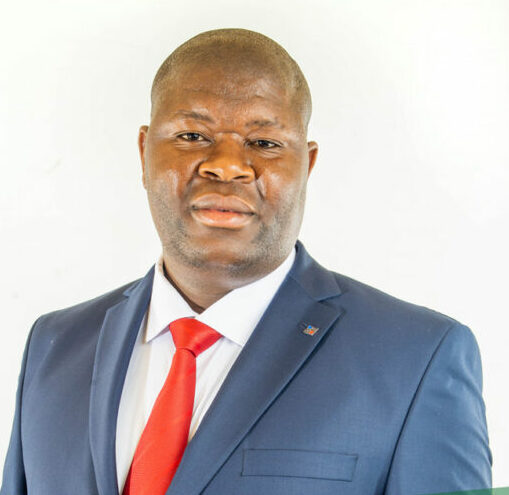 Basera has managed to outshine some permanent secretaries who have been in government since time immemorial and have been kept at work because they are indispensable and know which corners to sweep in the corridors of power.

It must be noted that Basera resumed duty along with four other permanent secretaries whom we shall not name now who were invited to administer in the second republic. While some have sunk into oblivion, others have turned to clowns with nothing but dry jokes.

Basera has managed to outshine some permanent secretaries who have been in government since time immemorial and have been kept at work because they are indispensable and know which corners to sweep in the corridors of power.

Only last year Basera was named as the Young Corporate Director for the year 2020 by the Institute of Corporate Directors Zimbabwe (ICDZ) ahead of captains of industry who do not have to go through the red tape of public service.

It is however unavoidable to debate whether Basera pulled it out on his own or he had the help of his equally learned principal, Dr Anxious Masuka.

Whilst the nature of their relationship has never been subjected to the scrutiny of the media, it seems the pair is working hand-in-glove to revive the agriculture sector which has suffered in the hands of delinquents who cannot look after their own homes and are not accountable.

According to media reports, the pair has managed to grow the sector by 36% from US$5,8 billion in 2020 to over US$8 billion in the financial year of 2021, a target that had been envisaged to be achieved in five years.

For the first time in many years, the government was able to redistribute inputs to farmers after the false start of the 2021/2022 season as the rains fell in unpredictable fashion. It was a clear indication that the ministry was in touch with the ground operations and was aware of the challenges the farmers were facing as the season progressed.

This is a departure from the norm where successive ministers have shamelessly promised the country a good harvest that never came and they ended up importing maize from Zambia and Cyprus.

Joseph Made, who presided over the ministry in a decade of inadequate harvest, shocked many when he took  a helicopter trip around the country and on that basis declared the country was about to enjoy a bumper maize harvest, only for the country to experience poor harvests.

The current ministry leaders are also trying to regularise government assisted farming by giving the bankers and financiers a key role in the monitoring and evaluation of all projects. They have also put in place measures to recover the inputs in the event of side-marketing all the selling of inputs before one even plants.

Currently, all farmers are expected to have submitted their production reports whether you are on resettled land or on a private property.

For his part, Minister Masuka is pushing for a one-man-one-farm situation despite the serious political connotations the exercise carries.

The youth coordinator in the ministry, Nickros Kajengo is also mobilising youth to do their part in farming so that the profession does not become a retirement home. Kajengo is advocating for an agriculture policy that accommodates old age wisdom and knowledge with youth virility. The youth desk in the ministry has been outstanding and robust in attracting youth back into agriculture.

In fact, it is through Kajengo’s efforts in associations and affiliations that Basera’s name became known in government circles as he was the chief agronomist for Seed Co and had the task of portraying farming as a good business venture through various media projects.

The trio must be applauded for attempting to bring professionalism to the industry and it is no mean task as there are old horses who do not want new brooms to sweep clean.

The touch of excellence can be attributed to both Basera and Masuka’s rich experience in the private sector.

According to Linkedin, Masuka is a Zimbabwean academic and (former) chairperson of the University of Zimbabwe Council. He was appointed Minister of Lands, Agriculture, Water, Climate and Rural Resettlement on August 14, 2020 following the death of the former Agriculture minister Perrance Shiri.

He is the former chief executive officer of the Zimbabwe Agricultural Society.

Masuka holds a Bachelor of Science Degree in Agriculture majoring in crop science from the University of Zimbabwe and he holds PhD from the same university. He has over six publications to his name while affiliated with the Tobacco Research Board.

He joined the Zimbabwe Agricultural Society in February 2015 after a two-year stint as executive director and chief operating Officer at Ariston Holdings where he is now a non-executive director.

He is the chairperson — Buy Zimbabwe and chairperson of Advisory Board — Federation of Young Farmers Clubs. Masuka led the transformation of the ZAS to make it more relevant to the agricultural development discourse and to position it for future growth.

On the other hand Basera  is a former CBZ Holdings technical drector (Agriculture) in 2019 and manager Seed Co Group Southern Africa in 2015.

Basera worked in the private sector including Seed Co and technical director in charge of the agriculture portfolio at CBZ.

He worked as Seed-Co Limited’s agronomy and extension services manager where he was responsible for programmes to enhance rural transformation through increased agriculture support to smallholder farmers. He  has always been a proponent of Conservation Agriculture as a magic bullet in mitigating the adverse effects of climate change.

He was appointed permanent secretary in the Ministry of Lands, Agriculture, Water and Rural Resettlement in November 2019 replacing long serving senior civil servant Ringson Chitsiko and his appointment took effect from January 1, 2020.

As the season progresses, the country can only hope for the best and wish that the wisdom and guidance of Masuka and Basera will at least take us somewhere, or anywhere.