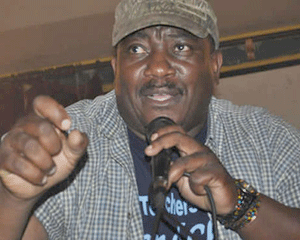 TEACHERS are headed for another showdown with the government following an announcement that schools will open on February 7, with unions representing the educators saying they will not report for duty until their welfare issues are addressed.

But teacher unions have dug in insisting that until their demands for pre-October 2018 salaries are met, they will not return to class.

“As with regards to our proclamation of incapacitation, we encourage our employer to take us seriously on that issue and to focus on the restoration of pre-October 2018 salaries of US$540 before schools open,” the Amalgamated Rural Teachers’ Union of Zimbabwe said yesterday.

“Teachers being incapacitated to travel back to their stations will however prove to be a sticking point and beyond that, the union stands ready to escalate protests in line with our constitution provisions.”

“It would seem that the government is always spoiling for a fight with its long-suffering employees given the timing of the announcement and the prevailing circumstances,” Majongwe said.

“Our members cannot be expected to comply with the directive to open schools now before the government has not financially capacitated them and given the above scenario, we would be shocked if the government genuinely believes that teachers will report to work on 7 February. The ball is in the government’s court.”

Primary and Secondary Education ministry spokesperson Taungana Ndoro was not available for comment.

Teachers have been demanding US dollar salaries as the local currency keeps losing value amid rising inflation and an escalation in the prices of goods and services.

Government has said it does not have the capacity to pay US dollar salaries. Late last year, the government gave the teachers  and all other civil servantsUS$75 Covid-19 allowances. The deadlock over salaries is likely to dominate the election talk as Zimbabwe heads towards the March 26 by-elections.

Meanwhile, the catering industry has welcomed the reviewed lockdown measures as necessary to save the sector from collapse..

“The level 4 National Covid-19 lockdown had seriously impacted many small to medium scale enterprises to the extent that they had lost their viability and this had led to the layoffs of many employees and closure of businesses,” said Restaurant Operators Association of Zimbabwe president Bongai Zamchiya.

Under the new measures, businesses, bars and restaurants can now open till 10pm, while a curfew now kicks in at midnight till 5:30 am.