Praise me for ED meet: Mwonzora 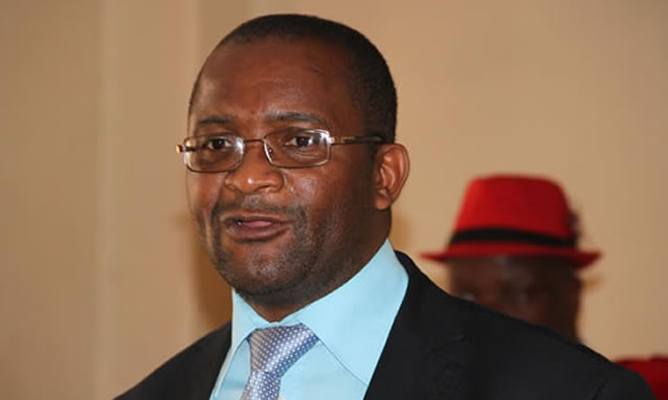 “When I left the State House many accused me of being a sell-out, but I said no I didn’t,” he said.

Mwonzora has met Mnangagwa twice since he was controversially elevated to lead what used to be Zimbabwe’s main opposition party.

Their last meeting was in January, but nothing much has been said about what the two were discussing.

Mwonzora, who is accused of working with Zanu PF to cripple the opposition, yesterday told MDC-T supporters at Pelendaba Hall in Bulawayo that dialogue with the ruling party was the only route towards solving Zimbabwe’s long running socio-economic crisis.

“When I left the State House many accused me of being a sell-out, but I said no I didn’t,” he said.

“But the problem is that you are scared of Mnangagwa, you only resort to insulting him on Twitter, Facebook and WhatsApp where he can’t see you.

“But myself, I went to see him face to face. I am never afraid, so I should be praised for that.”

He apologised to supporters for the party’s recent split, saying it was regrettable.

Mwonzora and his former deputy Thokozani Khupe recently split after a struggle for power and sharp differences.

There had been simmering tensions in the party before the split after Khupe revealed that there were attempts to suspend her and recall her from Parliament.

“It’s never something that we wanted, we wanted a united party, but as the president what could I have done?” he said.

“So, I am sorry that this had to happen.

“But what consoled me is that Bulawayo province wrote a letter saying  they were not in agreement with what had happened. They said they didn’t want a split, as did all other provinces.”

Mwonzora recently received $150 million under the Political Parties Finances Act before the leadership dispute has been settled.

Khupe insists she is the interim MDC T leader, but Mwonzora has threatened court action against her, leaving her without any party.