Corruption watch: Time for citizens, civil society to take over 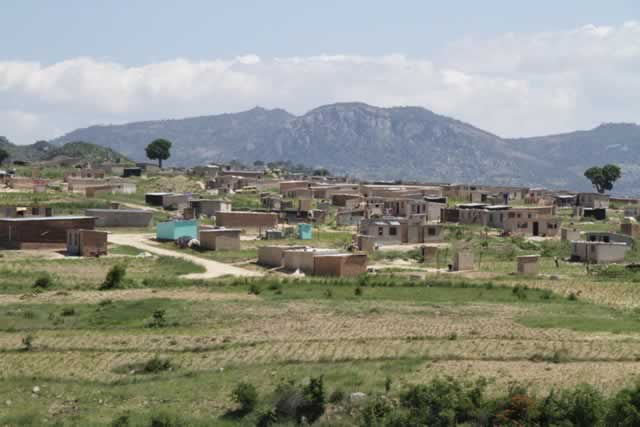 In his own words, he wanted the Freestone quarry investment to be recorded among one of his biggest legacies.

What took place in Mutare late last week bears loud testimony to the good things that can happen if citizens combine their voices in protecting their interests.

A couple of weeks ago, you will remember, there was, in this space, a lengthy reference to a mine called Freestone Mines.

This company is owned by Chinese investors. This company had started quarrying for stones on the Dangamvura mountain.

The then Mutare mayor, Blessing Tandi, who was recently recalled by MDC-T, was firmly behind the project.

In his own words, he wanted the Freestone quarry investment to be recorded among one of his biggest legacies.

It’s not clear what other legacies he had in mind, though.

But he was talking against the flow because just about everyone in Mutare didn’t like the project.

There were issues with how Freestone obtained its purported environmental impact assessment certificate.

Out of thousands of residents in Mutare, it only “consulted” 20 people, clearly under moonlight.

Things were worse than reported.

First, when confronted by nosy residents and pressure groups, it said it was still awaiting the certificate.

Then, later, it swerved to the side and claimed that it had, actually, obtained the certificate on a date prior to its hapless claim that it was yet to get one.

That got many people confused. How do you get a certificate before you get it?

The project was inevitably going to bring with it, a whole host of other issues. Because the people were not consulted, the quarry posed potential but real harm to the citizens of Mutare, particularly the residents of Dangamvura.

The project was too close to the suburb.

You know quarrying now. It comes with lots of noise from the blasting, dust and all other nuisance.

But then, the quarry was located too close to the community water pipeline, which could easily get damaged by the blasting.

And there was the issue of open pits.

It was always going to be a matter of time before you started hearing of children drowning in there.

This is a common hazard across the country where investors never care a whisper about reclaiming the environment.

The bottom line is that the quarry project was unpopular with the Mutareans except the mayor, Freestone and a few other chaps who, as we have heard, were getting some bits of money sealed in brown envelopes.

You might care to know this. The project has just been frozen.

When Freestone sent its lawyer to break the news, it said it had succumbed to pressure from the residents.

Indeed, the residents spoke with energy against the project.

They sent out petitions, held community meetings and picketed against the quarry. They have also taken the Mutare municipality to court for allowing the project.

Matters were helped by the fact that Tandi was removed as mayor.

The official line is that he was recalled for crossing over to Citizens Coalition for Change.

But there were others, who circulated messages on social media saying his support for the quarry project had contributed to the expulsion.

These are the people who had earlier accused Tandi of being bribed by Freestone. They said it straight in his face at a public dialogue late last month.

It’s possible that if Tandi was still in office, Freestone would not have retreated.

Why? Because their godfather, if perception is reality, would ensure that the project was preserved, against the people’s wishes.

But look at this issue with a more positive manner. It was still possible that, even with the ex-mayor’s departure, Freestone would have continued. But then, there is no denying the fact that people power talked.

Even of Tandi’s successor wanted the project to go on, the pressure against it was too loud.

Despite attempts to divide Manicaland-based CSOs and the residents, there was unity of purpose in resisting the project.

At the end, people’s will triumphed, and the victory is sweet.

This is what Zimbabwe needs.

When citizens and non-state agencies step out of their respective silos to fight for a common cause, success is guaranteed and impunity is defeated.

This is particularly important when the ruling elite is, out of habit, always seeking to trample on the vulnerable.

The Freestone project is perhaps the latest attestation of people power. We have seen similar—sometimes bigger—victories elsewhere.

Yesterday is yesterday; civil society fought claw and tooth alongside the people of Chilonga to oppose the arbitrary displacement of thousands of people from that area to make way for a dairy grass project.

In Dinde, the same thing.

The people from Hwange also faced displacement to make way for a Chinese coal project.

It also happened in Mutoko, where another Chinese granite miner—what’s with these Chinese investors now? — wanted to get thousands of residents ejected from their ancestral land, leaving behind their memories, identities and material assets.

You will notice one telling thing about the interventions by the citizens and non-state groups.

They are blind to politics. People of different political persuasions united to fight common causes.

They were party-blind because the issues that affect them are not party-conscious.

And it’s also abundantly informative that politicians and political parties have been peripheral in these grassroots actions.

As it stands, politicians, no matter where they are coming from, are busy fighting for their own relevance and survival.

They are not seized with the day-to-day issues that affect communities.

Yes, they will talk about the bad state of the economy, the lack of democracy, the alleged puppetry of the opposition and sanctions, unemployment, environmental crimes, human rights violations et cetera. But all that talk is airborne, nothing on the ground.

Parliamentarians, councillors and churches have largely abdicated their watchdog and lobby roles.

The churches worry about tithes more than anything else.

The MPs love their off-road cars and allowances far better than their constituencies, and all the councillors think of is how to grab those empty residential stands.

This means that there must be a new model of watchdogging and fighting for citizen interests and development.

A model that is based on civil society and citizen coalitions. For politicians and churches are overrated.

Tawanda Majoni is the national coordinator at Information for Development Trust (IDT) and can be contacted on majonitt@gmail.com