In Conversation with Trevor: Livingstone Gwata: Why I retired early 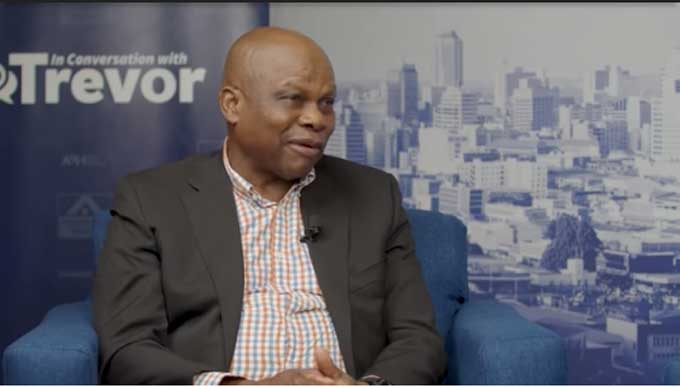 I was so happy that I had a team of young managers that had been prepared for a long time, but also, I was thinking about retirement.

Former  top banker Livingstone Gwata has spoken of why he retired early, saying he needed to give young managers he was a grooming a chance.

Gwata (LG), who retired at 60 while he was group chief executive officer of FBC Holdings limited, was speaking to Alpha Media Holdings chairman Trevor Ncube (TN) on the platform In Conversation with Trevor.

He spoke about how he started off as a factory worker in Bulawayo to lead one of Zimbabwe’s top banks. Below are excerpts from the interview.

TN: Livingstone Gwata, welcome to In Conversation With Trevor.

LG: Thank you Trevor. I am happy to be here. How time flies, I can see you refer to me as former chief executive…

LG: …of FBC Holdings Limited. It is now more than 10 years since I retired. That is how time flies.

TN: That is how time flies.

TN: You know you have just taken me back. You are retired.And you retired at 60 years old. What does retirement feel like?

I grew up in the corporate world where you get all the support systems.

You have got all these things that are surrounding you. In retirement, you are on your own.

So now I am all those things together, I am my own investment manager, I am everything so that really keeps me busy.

TN: What does it feel like? Are you enjoying it?

LG: It is fantastic. I wish it would have come earlier.

Obviously, it was exciting in the corporate world, but in retirement you do things at your own pace.

The rewards are almost instant because there is immediate feedback.

TN: Talk to me about the decision to retire.

LG: Well, a lot of things went through my mind.

I had been with a multinational bank before, 24 years up to executive director level.

When I went into FBC, which was then called First Banking Corporation, it was a new bank and I was chief executive for 14 years on the trot.

Now, there is succession planning that takes place, so theoretically for 14 years I had some young turks that were wanting to come into this position.

We were going through strategy processes every year, year in and year out and sometimes after 10 years you would have done it all so you need a new pair of hands to come with new ideas.

I was so happy that I had a team of young managers that had been prepared for a long time, but also, I was thinking about retirement.

2011 was the year that we had a more stable currency, it was a foreign currency but it was more stable.

It was very easy then to decide that this was the time to retire because then I could realise all the terminal benefits and so on in real money.

With a bit of hindsight it was a fortuitous decision because things did not work very well in the environment after that.

TN: Could the financial consideration have been the biggest? Or you were feeling you had had your time?

LG: I really felt I had had my time, close to 38 years in banking. I felt like I needed a change.

The children or offspring had grown up, they had finished whatever they were doing so the motivation to go on with an 8am-5pm kind of job was not there.

They were also a lot of young people that needed to get into that space.

TN: It is fascinating for me Livingstone, because it is not all of us who find it easy to let go? Am I right?

LG: Yes, it is a big problem, in the corporate world, on the political world, in public service.

You know change sounds threatening to a lot of people.

When people are holding the reins and they are driving they really do not want to realise they have reached their destination and it is time to get off.

TN: They do not want to be passengers?

TN: Hahahahaha. Livingstone, I find your career path for me, unusual and inspirational in many respects.

LG: Yes. Very interesting. I was coming out of Goromonzi High School.

We had done our ‘O’ Levels.

During that time, they were only three schools that were accessible to black people who wanted to do Form 5 and Form 6.

That was Goromonzi, Fletcher and St. Ignatius.

So, there was a bottleneck.

A lot of us that wanted to go to high school could not do it.

Goromonzi was the school where I was at, but they had to cater for the whole country, it was a government school.

Out of two classes (streams) for ‘O’ Level they were going to take just a handful, probably 10 or 15 and then take the rest from the rest of the country.

Some of us were having fun, Form 1 to Form 4, others were pretty serious about what they were doing…

LG: I had pretty good grades, but with only three high schools in the country the choice was we had to go work somewhere.

The principal at Goromonzi at that time had a friend whose name was Trevor Hawkskin in Bulawayo that was running Radiator & Tinning Works.

So the principal who was Peter Darwin, probably got on the phone and said well I have got a bunch of young pupils that are pretty good but could not go into high school, could he take them on?

He (Trevor Hawkskin) took about a dozen of us.

So we took the train and went down to Bulawayo and that was our first exposure to factory working life.

We were staying in a men’s hostel. Men’s hostel like they are these days, very crowded, very rowdy, not safe.

Even a piece of soap could be stolen while you were taking a shower!

LG: We found a room and we thought we were very lucky, eight of us with bunk beds on the sides.

We thought wow we were very lucky, here was a room that was empty. We put our blankets and whatever…

TN: On the floor?

LG: On the bunk beds.

TN: On the bunk beds sorry.

LG: We went to work, Monday. Come Friday, we went to the local pubs, had a drink or two, came back.

We did not realise that this particular room was the gambling centre for the men’s hostel!

LG: So, people started trooping in with buckets of local brew, in readiness for the gambling all night. It was a bit of a shock.

LG: Yes, so we had to join the gambling at the beginning, but felt sleepy.

TN: You cannot sleep because these guys want to go on?

LG: They were just going on. And of course, productivity in the factory, the manufacturing and repairing of radiators for the mines, for big trucks and so on.

We were young people, hands would get cut.

TN: Radiator & Tinning, I remember it. The good old days.

LG: Well, certainly it is always something to be sucrose about, but what taught us was to persevere.

So I did not go to Form 5 and Form 6, but the experience at Radiator & Tinning Works was so tough.

TN: What did it teach you?

LG: That I needed to do something different.

TN: Really hahaha, like this is not for me?

LG: I needed to do something different. This was not going to be rewarding.

What we call healthy and safety theses days, it was not observed a lot during that time.

There were injuries and so on. So after three months I saved a bit of money, surprisingly, to buy a train ticket to go back home.

But more importantly to buy a set of lecture notes to do my ‘A’ Levels through distance education.

On my way back from Bulawayo going back to Marondera, the communal areas where I came from, I registered with what was called Rapid Results College, for Geography, English Literature and History.

I took those three subjects over a period of seven months. I wrote all my exams. The grades were not fantastic but I passed.

TN: You passed them, that is what matters. I am always interested in knowing where the inspiration came from?

LG: Well a lot of it came from my parents.

My father was an agricultural extension officer. What they call Madumane.

My mother was a nurse. As a couple they were the leading lights in their own communities.

My father always had this dream, I let him down I guess because he wanted me to take education seriously up to doctorate level.

To him, it was as if achieving a certain level of education would bring instant success.

I doubted that because after Bulawayo I came back to Marondera and I was an unqualified teacher.

I was beginning to enjoy myself as a teacher, but my father would come all the time and say you are going to university, you are the first child.

TN: You are the first child? Out of four, hey?

LG: Out of six of us. You are the first child he would say, you have to lead by example.

So, there was a lot of pressure. I was enjoying myself teaching. It was a bit frustrating.

LG: Being a teacher. I then eventually went to the university and it was a totally different ball game.

LG: My mother was always supportive of our father.

LG: But she was easier going you know. She was quite happy for her offspring to find their level.