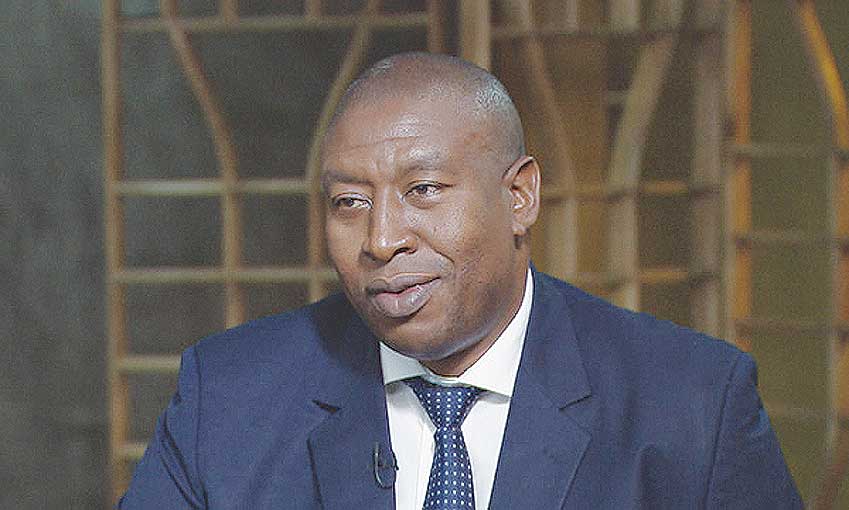 BY OSCAR NKALA To the residents of Matsiloje in northern Botswana, no foreigner is unwelcome unless they commit a crime.

This is due to their own lives being deeply linked with their fellow clan members in Zimbabwe and a shared grudging recognition of a borderline long blamed for destroying the unity of the cross-border Kalanga community.

Despite their close proximity to the Maitengwe Border Post, villagers move freely between the two countries using footpaths to visit relatives on either side of the Zimbabwe-Botswana border.

As an investigation by The Standard in collaboration with the Information for Development Trust (IDT) — a non-profit organisation that supports journalists in Zimbabwe and in the region to investigate issues of corruption in the public sector and bad governance — showed this phenomena of people and livestock from either side of the border moving freely across the border extends down the frontier to Izimnyama, Nxele, Nkedile and Madabe, where Zimbabwean villagers share water from the Ramogkwebane River, which forms the borderline.

Perhaps due to their long-standing acceptance and use of undocumented immigrants, communities in north-eastern Botswana have seen the emergence of a new breed of illegal Zimbabweans: the illegal gold miners.

The influx of Zimbabwean gold miners is now an issue of public safety.

Ronald Keorapetse is a member of a volunteer community policing unit initially set up to conduct anti-stocktheft patrols along the border.

Instead, the patrols have reported a surge in cross-border movement of Zimbabwean illegal gold miners than stock-thieves this year.

“The gold rush, which started here in 2015 has expanded into an informal mining industry,” Keorapetse said.

“Zimbabwean syndicates now control all of it.

“They control the disused mines in Old Tati, Francistown, Patayamabele and Matsiloje.

“They use hand-held or motorised gold detectors for prospecting and explosives for blast-mining.

“This has resulted in a proliferation of illegal mining sites even beyond disused mines. They even dig on the river beds for gold.”

The bulk of the gold stolen from Botswana is smuggled to the black market in Zimbabwe where it fetches up to R900 per gram.

This publication spoke to Ozias Mpofu, a Francistown-based former Zimbabwean gold dealer with tight connections in Gaborone, Harare and Johannesburg.

Mpofu said most of the gold produced illegally in Botswana ends up in Johannesburg and Dubai.

“It is very easy to smuggle things in and out of Botswana.

“I personally deliver lots of Botswana gold to Zimbabwe and South Africa without disruption,” he said.

“Foreign buyers are not interested in gold from Botswana because it is of low quality and sells for much less.

“To add value, we smuggle it to Zimbabwe to be ‘filtered’ into the legal gold market.

“Every ounce of gold traded in Zimbabwe ends up in Dubai.”

The damage inflicted by illegal mining of disused mine shafts and river beds goes beyond the razing and pillaging of the land.

The processing of gold involves the use of poisonous chemicals like mercury and cyanide, which pollute the environment and poison underground water systems.

To stop illegal mining and mitigate the damage already done, Botswana has contracted a private company to rehabilitate disused mines and illegal mining sites in the North East District.

The country’s director of mines Selina Mogojwa said illegal mining has negative social and financial implications such as loss of revenue, tax earnings and employment opportunities.

The Old Mine Workings Rehabilitation Project will include the rehabilitation, sealing off and securing disused mines around the country.

Morolong cited the recent arrest of several members of one suspected cross-border gold smuggling syndicate with 98 bags of gold ore in their possession.

In another operation, 26 bags of gold ore were seized from smugglers on their way out of Botswana.

He called on locals to guard against the looting of local mineral resources by reporting the activities of illegal foreign mining gangs, which also pose a public security threat as they are armed and dangerous.

“Let us jealously guard our resources as Batswana and report this illegal activity,” Morolong said in remarks published by the local media.

“I urge you not to confront these people as they are dangerous, if you encounter them you need to withdraw and seek help from the authorities.”

Petros Muleya is the leader of one of several groups of cross-border illegal miners, which operate from Dulivhadzimu high-density suburb in Beitbridge.

Muleya told this publication that cross-border mining raids into South Africa were started by groups of gold panners to escape the deadly machete wars that have become a defining characteristic of all illegal gold mining sites in Zimbabwe over the past decade.

“We prefer to cross the border and mine in South Africa because local mining sites are heavily congested and haunted by constant fighting over the little that remains of gold,” Muleya said.

“People have died, and we have survivors of those machete wars here among us.

“Besides, it is much harder to find gold in Zimbabwe, but in Limpopo, one underground blast can make you a millionaire.”

Today, what started off as short duration Zimbabwean operations targeting disused gold mines around Musina and Thohoyandou has expanded as far as Giyani, Polokwane, Tzaneen and other parts of the Vhembe, Waterberg and Capricorn District Municipalities.

Everyday around 5pm, a fleet of Toyota Granvia vehicles assemble at the Engen Filling Station about 1km from the Beitbridge border gate to load young Zimbabwean men from as far as Gokwe, Inyathi, Zvishavane, Bulawayo and the capital Harare, exactly 700km to the north-east.

Each man carries a bulky satchel containing personal belongings and an improvised “hold-all” bags containing the tools of the trade — a pick, a shovel, a crowbar, a 4-pound hammer, a machete and an axe.

Some carry tear-gas and pepper spray cannisters to defend themselves against armed robbers targeting people, who use the various illegal border crossing points along the Limpopo.

On the way, the smugglers met a Zimbabwe National Army patrol and paid R100 per person in bribes which enabled all the 37 undocumented immigrants to proceed to South Africa.

In full view of what Muleya called a “pre-paid” Zimbabwe Republic Police (ZRP) patrol, the smugglers led the group across the Limpopo to the South African side where a South African National Defence Force unit was paid R100 for each person to start the 13km trek through the bush to Musina.

The treasure troves of Sutherland

From Musina, the groups travel by minibus to Giyani, the heart of the Sutherland Goldfields of the north-eastern part of Limpopo province.

“People are flocking to Giyani because the gold occurs in abundance,” Muleya said.

“Working disused mines is easy because the gold is exposed.

“No digging, just blasting to pick up the gold. More returns from less labour.”

Although some of the gold mined illegally is sold in Polokwane, the bulk is smuggled into Zimbabwe and laundered into the legal value chain.

“All Zimbabwean gold miners have gold dealing licences, but some have no mines to get the gold from,” Muleya added.

“They buy ‘Giyani’ (South African gold) cheaply from us and sell it at a premium to the Reserve Bank of Zimbabwe (RBZ).

“With RBZ certification, the gold can be traded globally as a legal product of Zimbabwe.”

To date, the South African Police Service (SAPS) arrested at least 10 Zimbabweans for the dual crimes of illegal immigration and illegal mining in Limpopo.

According to a research report entitled ‘The impact of artisanal mining on rehabilitation efforts of abandoned mine shafts in the Sutherland Goldfield, South Africa’ published by the Journal of Disaster Risk Reduction in June 2019, artisanal mining operations have worsened environmental problems and magnified public safety and health risks for people in the Sutherland Goldfields area.

“Digging and washing of gold-bearing sediments around abandoned mine sites and surface water bodies like rivers have shown negative effects on the environment,” reads part of the report.

“There is a risk of the cyanide contaminated soils being eroded into nearby rivers and this may have impacts on aquatic life.”

“The Zimbabwean government has presided over de-industrialisation resulting in Zimbabweans turning to illegal gold mining as an alternative source of livelihood,” Maguwu said.

“This survival instinct is driving this search for minerals by Zimbabweans into neighbouring countries where citizens have not been exposed to artisanal mining.”

He said corrupt law enforcement agencies were aiding and abetting various cross-border crimes which include the rampant smuggling of gold and diamonds by Zimbabweans in and out of South Africa, Mozambique and Botswana.

“Most illegal miners operating in neighbouring countries do not use formal border crossing on their way out or back into Zimbabwe with the gold,” Maguwu said.

“This makes it difficult for the police to detect and arrest them.

“However, some Zimbabwean security officers also participate in the illicit cross-border trade in mineral resources.

“In most cases, they arrest to extort bribes or share the proceeds of the crime.

“Often, when police go to artisanal mining hotspots, their goal is to participate in the trade by receiving bribes.”

He said the growing trend of Zimbabweans mounting hit and run illegal mining operations into neighbouring countries and bringing illicit minerals for sale back home has expanded beyond Botswana and South Africa to include Mozambique.

“In Chimanimani, there is an alluvial gold mining area called “Mai Musanditevere” (Shona for ‘mother don’t follow me’),” which stretches straight into Mozambique,” Maguwu added.

“Illegal Zimbabwean gold miners pay ‘access fees” which are actually bribes to the local police and traditional leaders in order to dig around.”

It must also work with neighbouring countries to strengthen border surveillance while reforming the working culture of the security forces to prevent corruption.

This should be done together with the strengthening oversight mechanisms to ensure effective monitoring and governance of law enforcement practices, Maguwu said.

Efforts to obtain comment from the ZRP were unsuccessful.