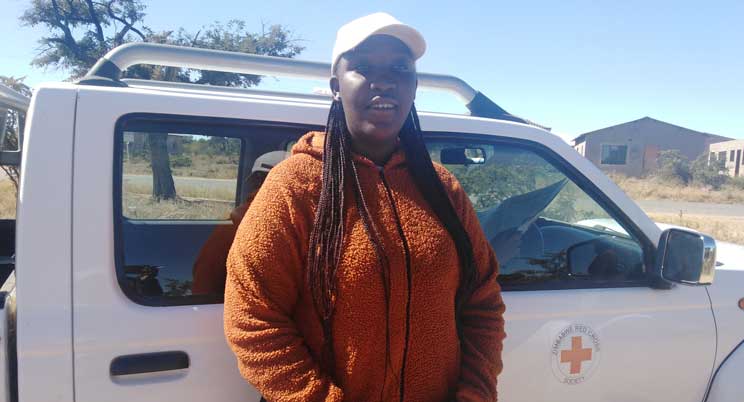 Due to its proximity to Zimbabwe, Botswana hosts the second largest Zimbabwean migrant population in the region after South Africa, according to the International Organisation for Migration (IOM).

BY MOSES MUGUGUNYEKI When Thandiswa Ncube of Plumtree completed her O’Levels in 2020, she did not wait for the results. In the company of her three friends she illegally crossed into Botswana and settled in Francistown.

“I was so excited that I had arrived there, happy and joyful,” she told The Standard.

“Little did I know I had not seen anything yet.”

While in Botswana, Ncube’s (20) first job was being a housemaid but most of her peers joined the oldest profession — sex work — as jobs were hard to come by.

“If you don’t have proper documents in Botswana, it’s difficult to secure a job even the menial tasks,” she said.

“When they give you a job without documents they subject you to all forms of exploitation.

“Most of my friends were involved in sex work and we shared the same apartment, which cost around 200 Pula.”

Constant cat-and-mouse games with the authorities were the order of the day for Ncube and her friends, including a myriad of undocumented economic migrants in Botswana.

Due to its proximity to Zimbabwe, Botswana hosts the second largest Zimbabwean migrant population in the region after South Africa, according to the International Organisation for Migration (IOM).

The organisation says an estimated 40 000 Zimbabweans are among foreign workers in Botswana with most of them employed in agriculture, construction, education, health and manufacturing, financial services, among other sectors.

With Zimbabwe’s economic situation on the downturn, many people, the majority who are undocumented have found themselves in Botswana.

These are the people who on a daily basis evade authorities and face exploitation at the hands of the Batswana.

“When I left Zimbabwe, no one at home was aware that I had skipped the border into Botswana,” Ncube said.

“I had to endure the strict immigration laws in Botswana while my family in Zimbabwe was worried about my whereabouts.

“I could not share my wretched experiences in Botswana with my family because I had run away as a result of peer pressure.”

Ncube said for the two-year stint she had been in Botswana she got to understand the importance of family.

“Family is important. We need each other, especially during difficult times,” she said.

“Many people, including my friends were deported, especially at the peak of the Covid-19 pandemic.”

Ncube, however, could not evade a police blitz on migrants early this year that saw her being deported home via the Plumtree border post alongside hundreds of undocumented country folk.

“This time I could not run away from the police and I was deported after a raid,” she said.

“I had to come back home and face my parents, whom I had not spoken to for two years.”

Ncube had to go through the rigorous immigration processes at the border before she was linked up with her family.

She was detained for a few days at the border post by the Batswana authorities and her mobile phone was switched off as the battery had died.

“When I was in Botswana my handset switched off and I could not recharge it since I was detained and I was later referred to the Red Cross on the Zimbabwean side who facilitated and helped me reconnect with my mother,” she said.

“I went to the Red Cross-run kiosk at the Plumtree border post where I recharged my phone and they allowed me to use their mobile phone and airtime to talk to my mother.

“I didn’t think my mother would have spoken to me, but through the Red Cross facility I managed to talk to her.”

Ncube is among thousands of migrants that have benefitted from the Restoring Family Links programme that is being facilitated by the Zimbabwe Red Cross Society, through support from the International Committee of the Red Cross, at the country’s major entry points – Beitbridge and Plumtree border posts.

The programme is also being implemented in the country’s major cities Harare and Bulawayo as well as other places like Zaka in Masvingo province and Gwanda in Matabeleland South province.

At Tongogara Refugee Camp in Manicaland province, a similar project is being implemented which  gives refugees and asylum seekers access to computers so that they trace their loved ones through social media platforms.

The thousands of refugees at the camp also get free Wi-Fi, charge their phones and can make international calls.

“Had it not been for the Red Cross I don’t know what would have happened to me,” Ncube said.

“It would have been difficult for me to come home when I had eloped with friends.

“I managed to speak to my mother and apologised on the phone.”

Being with her family was something that Ncube really missed while she was in Botswana.

“I am back at home, thanks to the Red Cross,” she said.

“It’s not me alone who got help from them that day, there were many people who wanted to call their families even from as far as Harare.

“One thing I liked about their facility is that they don’t discriminate between documented and undocumented migrants.”

A ZRCS volunteer manning the facility at the Plumtree border post told The Standard that the Restoring Family Links programme was not discriminatory.

“We cater for all migrants regardless of their gender, nationality or race,” she said.

“We also assist both regular and irregular migrants, even those that would have used illegal entry points.”

A deportee, Mike Moyo (not real name), who is living with HIV, said he was forced to leave his life-saving drugs when the Batswana authorities pounced on him.

“I was not at home and I did not have my drugs with me,” he said.

“I came to the border and was referred to the Red Cross, who later engaged MSF.

“I was assisted by doctors from MSF and I got  medication before I went home.”

“Under the RFL we are working with government department such as the Department of Social Services, Zimbabwe Republic Police, Immigration and Ministry of Health and Child Care,” Hwenga said.

“Key non-government partners in this programme include the UN Refugee Agency, Doctors without Borders, the International Organisation for Migration, World Vision and Jesuit Refugee Services.”

“Our facilities serve hundreds of migrants and these people would be seeking different services that we offer free of charge with the majority trying to get linked to their relatives mainly in South Africa and Botswana.”

“As part of the global Red Cross Movement, the ZRCS continues to offer the Restoration of Family Links programme, which seeks to prevent family separation, restore and maintain family contact, reunite families and clarify the fate of missing persons.

“While humanitarian needs continue to outgrow available resources, we continue exploring and appealing to individuals, corporates and organisations to partner with us so that we continue to provide this important service to the vulnerable populations.”

Ncube said she has applied for a passport and was looking forward to getting her job back in Botswana and possibly earn a better wage.

“My mother helped me to obtain a passport and I will cross into Botswana and do all the immigration formalities properly,” she said.

“I am hoping to get my job back and maybe get a better wage than what I got as an undocumented foreigner.”

Apprehension and deportation of illegal immigrants is actively pursued in Botswana and according to the country’s Immigration Act (Chapter 25:03), “any immigration officer shall cause any prohibited immigrant entering or found within Botswana to be removed therefrom”.