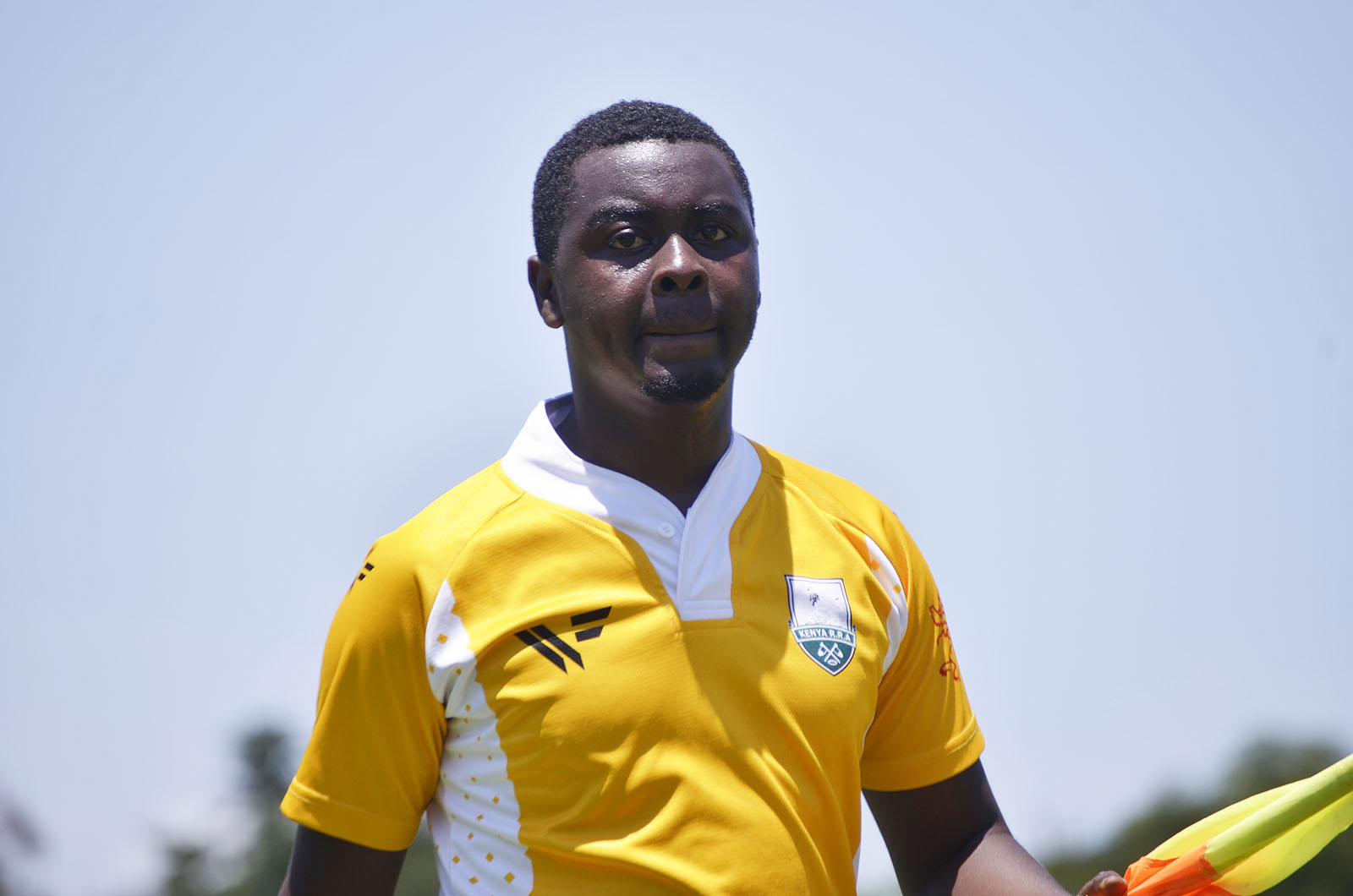 Kioko, who is regarded as one of the up-and-coming rugby referees on the Kenyan domestic rugby circuit will take charge of the much-awaited encounter as part of an exchange programme between the Zimbabwe Rugby Referees Society and their Kenyan counterparts.

DANIEL NHAKANISO THE Nedbank Rugby Challenge Cup final between Old Georgians and Old Hararians at Harare Sports Club on Saturday is set to have some international flavour following the appointment of Kenyan match official Duncan Kioko (pictured) to handle the high-profile encounter.

Kioko, who is regarded as one of the up-and-coming rugby referees on the Kenyan domestic rugby circuit will take charge of the much-awaited encounter as part of an exchange programme between the Zimbabwe Rugby Referees Society and their Kenyan counterparts.

“The competition is the pinnacle of the Zimbabwe Rugby Union’s men’s Fifteens season.

The business finance professional from Machakos County took up officiating in 2015 after playing the game as a scrum-half at Kitondo Secondary School in Makueni and has gradually risen up the ranks,” KRU said.

“Kioko made his officiating debut in Kenya’s top tier league in 2019, the same year that he officiated the second tier KRU Championship final between Western Bulls and Kisumu in Kakamega.

“He also officiated the Great Rift 10s Cup final in 2019 and has been part of the officiating team at England’s Rosslyn Park HSBC National 7s as well as a leg of the Ugandan 7s circuit in recent years,” it added.

Kioko’s appointment is set to further spice up what is already anticipated to be an explosive encounter between two of the two traditional giants of domestic rugby.

Old Georgians and Old Hararians booked their places in the showpiece match of the season opening competition after finishing first and second on the log respectively after three rounds of action.

The Mark-Wilson-coached Groombridge-based side finished top of the standings on 15 points after dominating the round robin phase of the competition.

Perhaps their most impressive win of the round robin phase was the hard fought 32-23 win over their rivals Harare Sports Club in week two of the competition before they sealed their place in the final last weekend with a 33-20 win over the National Under-20 High Performance squad.

Meanwhile their opponents Old Hararians will be hoping to bounce back to winning ways after being edged out by their bitter rivals Harare Sports Club in their last encounter last Saturday.

The Derek-Chiwara-coached side booked their spot in the final despite being piped 23-22 by their arch rivals in a nail-biting Nedbank Rugby Challenge Cup match at FBC Old Hararians Sports Club.