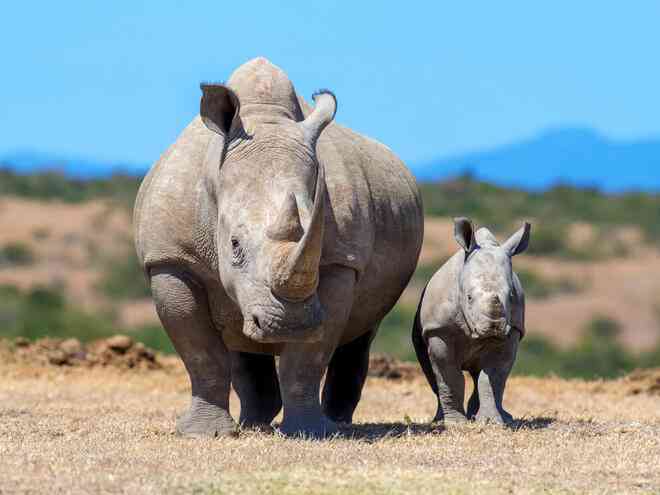 There is a resurgence of poaching activities targeting rhinos at Matobo National Park, which threatens to reverse gains made over the years to protect the endangered species.

Matobo National Park in Matabeleland South has one of the highest rhino populations in the country.

Zimbabwe holds the fourth largest population of rhinos in Africa with 616 black rhinos and 417 white rhinos.

Dambari Wildlife Trust (DWT), a non-profit organisation that has been involved in rhino conservation programmes in Zimbabwe for the past 10 years, said the number of rhinos killed by poachers at Matopo National Park this year were higher than those poached in the previous eight years.

Nicky Pegg, the DWT senior researcher Nicky Pegg, believes the surge in rhino poaching cases is linked to the easing of Covid-19 lockdown restrictions and the reopening of borders.

“Starting from this year, unfortunately we have seen an upsurge in poaching, mainly at the Matobo National Park, after about 10 years of very low poaching rates,”Pegg said.

“I think part of the reasons is that over the two previous years with the Covid-19 pandemic and the closure of international borders, poaching was low throughout the region not because poachers weren’t able to do poaching, but they weren’t able to move the horn because international travel was not possible.

“So when travel restrictions were eased and borders started re-opening, there was demand and this is why we have had more poaching cases this year than we have had in the past eight years combined.”

Pegg said all the six poached rhinos were shot after they strayed from the park through a vandalised fence and these consisted of bulls and cows.

“Four were poached between January and March, and a couple of those were together and they were shot around the same time,” she said.

“The other two were poached in August, a female and a calf and again, a single event and two animals taken.

“In response to that we have intensified our anti-poaching patrols by adding more manpower and drones and we have dehorned most of our rhinos as a way to deter poaching.”

DWT said this year’s poaching levels were similar to those experienced between 2007 and 2012, which saw the introduction of rhino dehorning for the entire adult population.

The measures helped to drastically reduce poaching inside game reserves. Pegg, however, said dehorning was not a permanent solution to rhino poaching.

“It is achievable to immobilise animals every couple of years and dehorn them, but that does not mean that dehorned animals cannot get poached,” she said.

“If poachers can find an animal with horns, they will go for a bigger pay check.

“So the other side was that (Zimparks) reviewed their security strategies and that in combination really helped to stem poaching and Matobo was dropping from 10 (poached) animals a year, down to one or zero a year from 2012 up until last year.”

DWT has also been helping Zimparks with database management for rhinos, and providing technical and practical advice as well as equipment.

The organisation locates and does sighting of rhinos using telemetry implants and ear-notching.

Rhinos that are not detected within the specified period are tracked in a targeted operation, and according to Pegg, this ensures that any missing or poached rhinos will be detected quickly.

Since 2011, the organisation through the Save African Rhino Foundation has been setting up a number of cameras around the park and the camera traps have helped to identify any poaching activity inside the park.

“They help us to pick up pictures of poachers and we forward them to parks so that they can follow up,” Pegg said.

“This also helps us to see which animals are around so that we can identify them and see if there is a new calf or pick up some injuries or those who have snares so that we can alert Zimparks and vets to treat those animals.

“All the rhinos are ear notched between the ages of a year to two.

“They get darted and immobilised and we put notches on their ears in different combinations so that we can identify each individual, and that allows the ranger patrols to identify them and correspond with the numbers.

“It helps us to confirm their health, population and the breeding success.”

In the 1990s, DWT used to put transmitters on the rhinos’ horns which worked like a collar tracker, but the organisation stopped doing so after realising that the animals’ skin was too sensitive.

Between 2010 and 2011, DWT tried to put transmitters in the rhinos’ horns for radio tracking, but the devices exposed the animals to poachers.

“So the disadvantage is that if poachers discover that the transmitter is in the horn they can get what is called a scanning receiver, which can check across all different frequencies of signals and they zero in and track them although we do not have a confirmation of that,” Pegg added.

“It seems there was a bit of correlation between animals that were being poached and those that had transmitters on their horns.

“So parks decided at that stage that we are going to discontinue that because there was that additional risk.”

“We have managed to intercept a number of poaching syndicates, illegal trafficking of wild animals and wildlife products as a result of tip offs from some members of the community and this has helped us to reduce poaching,” he said.

Rhinos are poached for the keratin in their horns — a protective protein that makes up hair, nails and skin.

In Asia where the horns are mainly exported due to high demand, the protein is believed to have medicinal properties, but it is also a symbol of status and wealth; considered to be of higher value.