Chillies an easy project to do 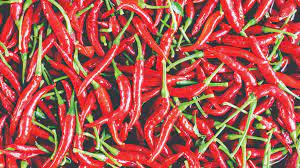 IF there is one fact that can never be overstated it is that the ultimate goal of farming is to make money. One such project that comes with a low cost budget that can be done is that of chillies. Budget Chillies require a very low budget of about US$600/hectare, if done in good time.  […]

IF there is one fact that can never be overstated it is that the ultimate goal of farming is to make money. One such project that comes with a low cost budget that can be done is that of chillies.

Chillies require a very low budget of about US$600/hectare, if done in good time.  Farmers may choose not to use fertilisers and go organic and this helps cut on costs. In addition, organic manure gives chillies the flavour punch. The labour required is minimum, at most 60 man-hours per hectare. There are basically four operations to maturity:

The greatest advantage of chillies is that farmers can buy seeds and do a nursery on their own. Despite the fact that chillies are a summer crop, the seedlings fare well during the winter season. The seedlings have a high resistance to frost and pests. They are also not prone to fungi.

Chillies do not require a lot of water. They can be grown using any form of irrigation system at one’s disposal. You can actually use drip irrigation to water your chillies. This is an advantage in that even those in rural areas can actually water their chillies using buckets off the river.

There are also many chillies varieties for one to choose from, depending on the market they intend to serve. The bird’s eye chilli is the most common variety that is exportable. Its greatest advantage is that it can be sold fresh from the farm and may actually be sold after being dried. There is also paprika which is most commonly consumed in the country on food spices. There are far too many varieties that one can work with but the most important point is that one needs to have a market instruction to do the variety

The other good thing about chillies is that the farmer hardly needs to worry about storage for his produce. Those that want to dry their chillies can do so on in canvass tent. Chillies do not require sophisticated storage facilities as they are harvested and dried in the summer season.

In addition, both humans and animals are not that much of a threat as they are not their favourite unlike other crops like maize.

Chillies can be easily transported to any destination because they are very light. Unlike cabbages which require a lot of loading area to transport, chillies can be transported in small trucks and the farmer will still make their profit.

As mentioned earlier, depending on variety, chillies are exportable. There are markets in Dubai, South Africa, Namibia, UK and Japan that are always looking for chillies for their clientele. In South Africa, Nandos has proved to be a reputable market for chillies as they have actually gone out of their way to support farmers. Farming in Zimbabwe is a whole lot different if you are exporting because you can easily get your foreign currency which is more stable and you can buy your equipment and inputs for the next season.

But should you fail to export chillies you can easily process them at your farm and make your own spice flavours and take them to the market.

For those of you who are worried about what to plant in your fields, try chillies, they cost less and do not require much attention.