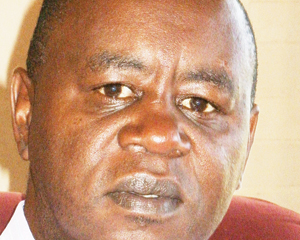 Economist Vince Musewe said government should implement people-centred policies to build confidence in the economy and the local currency.

Finance minister Mthuli Ncube recently announced measures to promote wider use of the domestic currency at a time the majority of people are increasingly transacting in the United States dollar.

Ncube said exporters would now pay up to 40% of their taxes in Zimbabwe dollars while miners would pay 50% of royalties in the same currency.

Previously, royalties and export taxes were 100% taxed in foreign currency.

Additionally, he said tax on vehicle imports, previously charged in forex, can now be paid in both currencies on a 50-50 basis.

“The measures reflect government’s commitment to promote the wider use of the Zimbabwe dollar and to continuously strengthen the economy so as to build long lasting macro-economic stability,” Ncube said.

Mangudya, who ruled out a return to dollarisation, said transacting in foreign currency stifles growth.

“It is for the foregoing reasons that promoting the broader use of the Zimbabwe dollar needs to be embraced by all in the country and all players within the economy to minimise the sentimental value of holding on to the past dollarisation era which was fraught with its own challenges,” he said.

“Those challenges incapacitated the country to service all its foreign obligations, which have now been assumed by government under blocked funds legislative provision.

“Dollarisation is therefore not a panacea to sustainably and (to) competitively developing the country.”

Analysts, however, said government’s stance on promoting the Zimbabwe dollar while at the same time placing limits on local currency transactions, including those done through mobile money, was a clear example of policy inconsistency.

They said this after the RBZ marginally increased mobile money transaction limits.

Analysts said the limits had been overtaken by inflation already.

“This is a ridiculous policy prescription, given the runaway inflation and price explosion in Zimbabwe,” said Gorden Moyo, a former State Enterprises and Parastatals minister in the Government of National Unity.

“The monetary authorities have no idea of the disconnection between their transaction limits and the prices of basic commodities.

“It is meaningless for them to talk about the limit of $10 000 per transfer when that amount is hardly enough to sustain a family of five for a day.”

Moyo noted that it was important for the RBZ and government to have the decency to accept the stark reality that their financial, transactional and currency experiments had failed.

“This is because they are busy addressing the symptoms of a structural and systemic problem,” he said.

“Their narrative about promoting the use of local currency is just as empty as it sterile.

“It will bear no fruits for the transacting public. Authorities must accept the fact that the public has lost trust in the local currency.

“Trust capital cannot be imposed on people, it cannot be legislated and cannot be spoken into existence. It has to be earned through persistent implementation of policies based on a social contract,” he added.

As a result of stringent controls on transfer limits, many Zimbabwean are resorting to using United States dollars to purchase goods and services.

Marcia Kwaramba, a researcher at the University of Colorado Boulder, said stringent restrictions “could stifle innovation among mobile money operators” and “have the unintended consequence of excluding consumers from accessing financial services”.

“This is all the more so in a country battling with a shortage of banknotes and coins and the collapse of the traditional financial system,” she said.

Economist Vince Musewe said government should implement people-centred policies to build confidence in the economy and the local currency.

“With regard to people using the local currency more, it’s all about building confidence in that currency,” Musewe said.

“This requires that the value of the local currency remains stable.

“What is required is more than economic policy, we have to deal with the politics too.”