[ad_1] BY FIDELITY MHLANGA Zimbabwe has this year enjoyed one of its most productive tobacco seasons, but poor payment models for the farmers caused by the currency volatility left many farmers at the mercy of contract buyers. The selling season commenced on 7th April 2021, and is coming to an end but the uncertainty over […]

Zimbabwe has this year enjoyed one of its most productive tobacco seasons, but poor payment models for the farmers caused by the currency volatility left many farmers at the mercy of contract buyers.

The selling season commenced on 7th April 2021, and is coming to an end but the uncertainty over payments became the feature of Zimbabwe’s biggest agricultural export.

Farmers were made to wait for nearly a month in some cases for payments after delivering their tobacco, and in that time, much of their earnings would drop in value.

Under the system put in place by the central bank, farmers receive 60% of their tobacco payments in United States dollars which they are paid in cash at the auction floor or by contractors, while the remaining 40% is paid out in local currency at the official exchange rate which was 60% lower than the black-market rate for much of the selling period. The parallel market exchange now nearly double auction rate. That portion could well lose its value by 20% by the time they receive it in their accounts, leaving many fretting about the profitability of the farming venture. This season the Tobacco Industry and  Marketing Board (TIMB) registered three auction floors — Tobacco Sales Floor, Boka Sales floor and Premier Sales Floor, along with 28 ‘A Class’ buyers and 39 contract buyers.

The output so far has so far outstripped last year’s 185 million kg output and exceeded the envisioned target of 200 million kilogrammes and at the time of publication, tobacco delivered had reached 203,812,158 kilograms and worth US$568 million.

This season, the area under tobacco increased by 6,1% from 117 976 hectares cultivated in the 2019/20 season to 125 176 hectares in the 2020/21 season with 84 000 hectares under irrigation, while the rest was under dry land. Economist Victor Bhoroma said it was a positive development that the output saw an increase in foreign currency earnings and delivered crops contribute positively to economic stability.

“The downside however, is that contract floors now control 94% of the marketed crop at fixed prices which may be lower than auction prices hence farmers end up getting less for their delivered crop. Similarly, the dominance of the Contractors piles huge short-term debts on tobacco farmers, which may not be sustainable for their welfare,” Bhoroma said.

“Additionally, the export retention scheme where 40% of foreign currency earned by farmers is converted to local currency at sub economic auction system rates piles more misery on the hard-working farmers. The huge spread between the formal auction rate and the parallel market rate means that farmers made huge losses in real money yet they have to pay for various inputs in USD.”

The Farmer Talk Club chairman Phineas Mukomberanwa said although production was high and a step towards a target of 300 million kg by 2025, there are a few things that need to be sorted. “The auction system needs to be revived. This is where we get the price matrix used to determine prices for the contract floors. Alternatively, we might need to come up with a new pricing model that ensures farmers are benefiting. The current model is skewed in favor of contractors and is highly unsustainable,” he said.

He added that the contracting model itself also needs to be reviewed to ensure farmers are not getting a raw deal. Some contractors are still not giving adequate inputs and working capital to farmers which is resulting in a lot of losses, both product and financial.

“Post-harvest losses which account for almost 20% of tobacco losses will be minimised. It is also important for the regulator to put caps on the pricing of inputs. As an example, one bag of AN is priced at $25 at contractor A and $58 at contractor B. This can be one simple way of determining the cost of the contracting packages. We have had farmers not being paid in time, which is a major cause of concern. If we allow this problem to go unabated, we will have done ourselves no good at all, most farmers will fail to go back to farms this coming season,’’ Mukomberanwa said.

Cabinet recently announced that it was putting in place Tobacco Value Chain Transformation Strategy to localise funding and increase value addition needs to be expedited before the next farming season. Government has set aside US$60 million towards that. It said measures were being put in place to facilitate value-addition of tobacco before exporting so as to maximize on the proceeds from tobacco The strategy will focus on increasing production to 300 million kg; combating deforestation, localising financing of production, increasing value-addition and beneficiation  and growing alternative

In 2004, when contract floors came into play, auction floors enjoyed a huge market share of 76,8 but that has now fallen to 5%. Tobacco Association of Zimbabwe president, George Seremwe highlighted that while generally prices firmed by 11% as compared to last season, this increase was not felt because of the poor US Dollar retention and the other 40% paid at the ruling interbank rate.

“The internet bank rate was far below the retooling rate which automatically eroded income from sales.  Worst thing is that surrogate buyers failed to pay farmers. Up to now some farmers are still owed from as far as May sales but the same companies have started distributing seedbed packages. The whole process of contracting is going on uncontrolled by legislation.  The industry has to be organised and monitored,” Seremwe said. 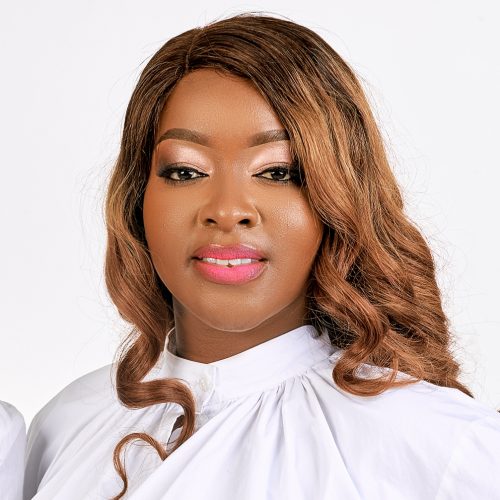