Substance abuse should be given serious attention 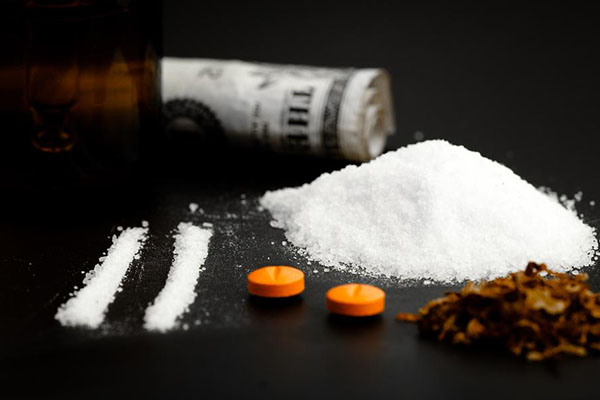 [ad_1] By Johannes Marisa IT is unfortunate that the world continues to lose many people due to drug abuse and if the situation continues, more lives are going to be lost. There are over 190 million drug users around the world and the problem has been escalating at an alarming rate especially among young adults […]

IT is unfortunate that the world continues to lose many people due to drug abuse and if the situation continues, more lives are going to be lost.

There are over 190 million drug users around the world and the problem has been escalating at an alarming rate especially among young adults under the age of 30.

Medical experts estimate that illicit drug use is directly and indirectly responsible for over 750 000 deaths per year with over 166 000 people dying from drug overdose every year, opioids being responsible for a greater number of overdoses from illicit drugs.

Zimbabwe has not been spared as all sorts of substances have been used ranging from sodium polyarylate from diapers to crystal methamphetamine commonly known as mutoriro, cannabis (mbanje), pethidine, morphine, broncho, kachasu, tumbwa, saints (gologo) et cetera.

The rate of abuse is alarming especially among the youths with substance-induced mental illnesses  on the increase. Parirenyatwa Hospital on average attends to 800 cases of mental illnesses attributed to substance abuse every month.

The most painful thing is that budding professionals, college students, high school students and even those who come from affluent suburbs are major victims. We need to protect our country from drug abuse lest our children also become victims.

So many reasons have been given for abusing drugs. The drugs that are commonly abused are usually psychoactive ones that are used by people for treatment of various health problems.

Below are some of the reasons for drug abuse:

Curiosity and peer pressure, especially among schoolchildren and young adults — Being encouraged to drink or smoke by friends is one of the most contributors to substance abuse in adolescents, even outdoing parenting styles or parental drinking behaviour. Family dynamics — Maladaptive family dynamics can contribute to substance abuse. Unhealthy attachments and dysfunctional family roles can contribute immensely to drug abuse and early relationships can have a long-lasting impact on your psyche and how you relate to others throughout your life. Trauma — The link between trauma and substance abuse is strong. Types of trauma that can contribute to drug addiction include assault, rape, sexual abuse, natural disasters and witnessing traumatic events. Substance use by caregivers — Growing up in an environment where there was heavy alcohol drinking or smoking can result in problem drinking later in life Genetic factors — Studies done to show the link between genetics and addiction show heritability of the problem at 30-70%  Mental health — Substance abuse and mental health issues often go hand-in-hand. About half of the people with mental health disorders usually abuse drugs. Mental health issues can lead to drug abuse.

The abused drugs fall into groups and these include the following:

The notorious amphetamines fall into this category as they speed up the messages travelling between the brain and the body.

Hallucinogens — These cause hallucinations and out of this world feelings of dissociation from oneself. Hallucinogens may cause distorted sensory perception. Paranoia and even depression. Examples include ecstasy and mescaline.

People should realise that there are unbearable effects of drug abuse and below are some of them:

High risk of transmissible infections — There are high chances of transmission of viruses like HIV, Hepatitis, Syphilis, Epstein-Barr if the same needles are used to self-inject by abusers.

Many of the victims do not observe  general health protocols, hence higher chances of transmission.

Many have dropped out of school due to drug abuse, thus destroying their potential.

Some learners, who used to be very sharp, have failed because of drug abuse.

It is, therefore, imperative that measures be taken to contain drug abuse:

Thorough awareness campaign should be carried out for youngsters about the dangers of drug abuse. Problems should be identified and solved so that youngsters are not pushed into drugs Keep the youths busy — Youths should be kept busy with various tasks, activities. Sporting activities should be undertaken and talent identification should be done in the communities.  Law enforcement agents should be on top of the situation and peddlers of illicit drugs should be given deterrent sentences so that the vice is nipped in the bud.

Drug abuse is threatening to tear communities apart yet the suppliers of the drugs are known and are walking scot-free.

Let us all stand up against drug abuse.

Our children are getting addicted and their lives are changing for the worse daily. Suspect drug abuse if your child’s behaviour has changed unexpectedly.