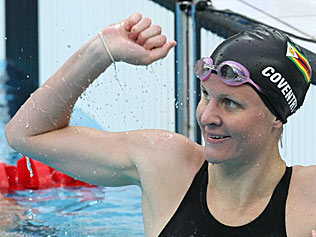 KIRSTY Coventry put on a commendable display on her return to competitive swimming reaching two individual finals at the Austin Arena Pro-Swim Series meet which ended on Saturday at the University of Texas in the United States.

KIRSTY Coventry put on a commendable display on her return to competitive swimming reaching two individual finals at the Austin Arena Pro-Swim Series meet which ended on Saturday at the University of Texas in the United States.

The Zimbabwean seven-time Olympic medallist concluded her campaign at the three-day meet by finishing fourth in the 200m individual medley final on Saturday evening.

Coventry, representing the SwimMAC Elite team narrowly missed out on a podium as she came fourth in 2:15.89secs after having earlier scratched the 100m backstroke from her schedule to focus on this race.

Hungary’s Katinka Hosszu won the gold medal as she clocked a 2:11.43secs ahead of American Caitlin Leverenz (2:11.84secs) and Hilda Luthersdottir, who finished third in 2:15.12secs.

Coventry later explained her decision to scratch the 100m-backstroke, saying she was happy with her time on the way to finishing sixth in the semi-finals.

The 100m-backstroke event is one of Coventry’s favourites, having broken the World Record in 2008.

“Another good day back in the pool. I was happy with my time in the 100m backstroke, so I pulled out of the finals to focus on 200m individual medley — came fourth Rio2016,” Coventry tweeted Saturday evening.

Coventry had earlier started her campaign on a positive as she was part of the SwimMAC Elite relay team which finished second in the 4x200m freestyle before finishing in 9th position in the 200m backstroke in 2:13.17secs.

“It feels great to be racing again. Ninth in the 200m backstroke and second in the 4x200m freestyle relay. A great foundation to work from,” she said then.

Coventry will be satisfied with her performance at Austin Arena Pro-Swim Series meet as it was her first swimming competition since announcing her intentions to compete at the 2016 Olympics in July last year.

The 31-year-old swimming sensation has been training at her US base in Charlotte, North Carolina, for the past six months and would be hoping to use this weekend’s performance as a springboard towards qualification for the 2016 Rio Olympics. 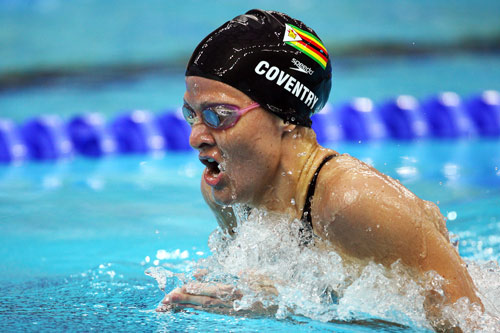 By The Standard and Newsday Feb. 12, 2015
Coventry launches swimming academy

By The Standard and Newsday Jan. 19, 2015
Kirsty Coventry finishes fourth 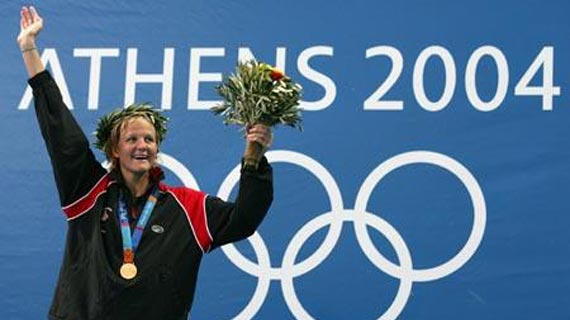 By The Standard and Newsday Jan. 13, 2015
Kirsty Coventry set for comeback

By The Standard and Newsday Dec. 10, 2014
Timely boost for swimming team