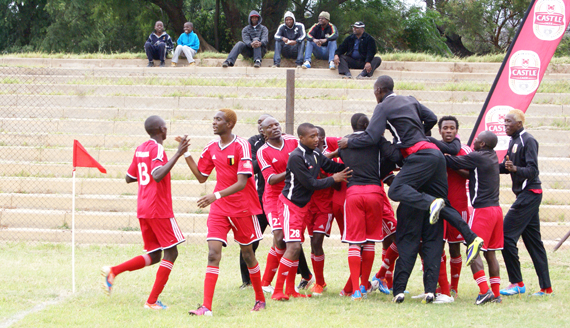 BANTU Rovers will face their first stern test when they take on defending champions Dynamos in a Castle Lager Premier Soccer League match to be played at Barbourfields Stadium on Monday. Rovers last played Dynamos in November 2010 and they lost the match 0-2.

They had previously played in three other encounters in the league with Rovers losing all the encounters.

Bantu Rovers will this week count on the fact that DeMbare lost their last match against minnows ZPC Kariba 0-1 at the weekend and that fatigue on the Harare side would play a role.

Dynamos are playing in the Independence Trophy final tomorrow against FC Platinum in Harare and they will only have two days to prepare for the Bantu match.

Bantu captain Nqobizitha Masuku conceded that it would be a tough match, but coming from a win they were motivated to play.

“Obviously it will be a tough game, but we will do what we can.

“We do not want to do too much, but we will play basic football and we expect to do well. Our team is balanced and the win at the weekend was a confidence booster for us,” he said.

The former Under-20 national team captain, who has had trials in Germany and Belgium, is expected to be the driving force in the Bantu Rovers midfield.

He said the team was motivated enough by the fact that they were going to play against one of the country’s biggest teams.

“That is what motivates us. Everyone wants to make a name for themselves and the only way we can do that is for us to play well against Dynamos,” Masuku said.

Bantu Rovers assistant coach Mandla Mpofu said this had been an easy week for them as coaches.

“It is an easy week for us as coaches because the players are already motivated.

“The match will be tough, but what we are saying is that it is an easy coaching week for us,” he said.

Lulu, as Mpofu is affectionately known, said there was less pressure on the coaches as the players would want to have positive results against a big team.

He said Bantu would need the points and they will play with that in mind.

Fortune Ncube and Sizalobuhle Dube will add the much-needed experience in the team while Zephania Ngodzo, Teenage Hadebe, Proud Zireni and Takunda Mutanga will provide cover.